The Rodney Howard Browne saga seems to have come to an end with the same dominionist lies it began with... 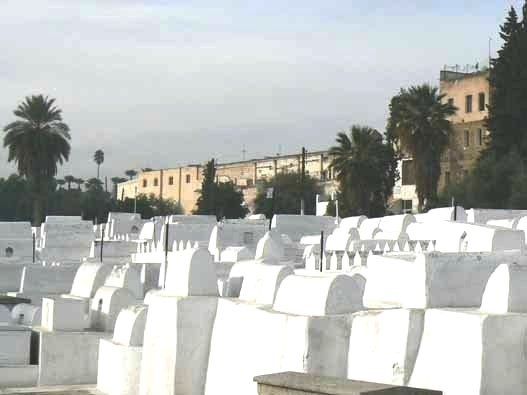 Amongst His rebukes of the false teachers of His day, perhaps the most insulting Christ charged them with is found in the key verses. A whitewashed tomb is freshly painted and appears new and clean but on the inside is still filled with dead men's bones and uncleanness. Spiritually, a whitewashed tomb makes a show of their Christianity. They have all the outward appearances of piety and solemnity but inside they are filled with wickedness and lawlessness. Most of the well-polished false teachers of this age are the same whitewashed tombs that Jesus spoke of in His day. Rodney Howard-Browne is not even that polished. His heresies are of the extreme variety yet countless people have followed him throughout his decades of ministry. He was one of the forerunners of the amazingly egregious false teaching known as holy laughter. He also calls himself the holy ghost bartender because he teaches you can get "drunk in the spirit." Despite this nonsense, he has 4000 people in his Florida church. Browne recently garnered national attention by defying local ordinances against gatherings of more than 10 people by not only holding church service but by preaching governmental conspiracy theories from the pulpit and mocking the COVID virus. He was warned and summarily was arrested for his violation. Suddenly he became the poster child for NAR dominionists across the land. The fact that he is a voracious wolf devouring the sheep of the Lord for several decades no longer mattered to people who idolize this country. He was represented by the legal arm of the NAR, the Liberty Counsel. Two days ago, the charges against him were dropped and Charisma News was quick to reprint the statement from the Liberty Counsel, riddled with lies and distortions, which is linked above. Let us reason once more and pretend that the truth still matters to us as Christians.

'Today, the criminal misdemeanor charges against Dr. Rodney Howard-Browne, pastor of The River at Tampa Bay Church, were dropped. The Notice of Termination states, in part: "Having reviewed the charge(s) contained in the Criminal Report Affidavit and/or Notice to Appear, the State Attorney's Office informs you that the charge(s) contained therein is/are dismissed and prosecution is terminated as of this date and that the defendant need not appear for any further proceedings in this matter."' -- Charisma News

Since the arrest, Browne has behaved himself. He has moved his services to online to avoid being prosecuted and possibly arrested again. The dropping of the charges is not an admission of anything done incorrectly. In fact, the authorities stated that "the arrest remains an appropriate step taken by law enforcement to immediately correct irresponsible behavior after repeated efforts to gain cooperation in other ways were not successful." They simply determined that Browne was no longer an ongoing threat to public safety, saying their tendency is to not "prosecute the case beyond the arrest." They have thus concluded that "Pastor Howard-Browne's arrest accomplished the safer-at-home order's goal, which is compliance with the law." Let's see how the Liberty Counsel will try to lie about these events:

"Dr. Rodney Howard-Browne was wrongfully arrested at his home on March 30 for holding a church service on Sunday, March 29. The church is in Hillsborough County, Florida.

Pastor Howard-Browne and his wife founded the church in 1996. He also heads Revival Ministries International. He was born in South Africa and has resided in Tampa, Florida since the mid-1990s." -- Liberty Counsel

Two of the clever and oft repeated lies are here. First of all, Browne was RIGHTLY arrested. The statement from the authorities indicates this as well. The charges were dropped because Browne stopped violating the ordinance and thus the arrest achieved their goal. The more clever misrepresentation is the notion that he was arrested for "holding a church service." The Liberty Counsel represents it as such to try and anger Christians to their cause. The ordinance was for any entity holding public gatherings of more than ten people, not specifically targeted to churches. It would not matter if this was a Mosque, a Temple or even non-religious folks gathering with more than 10 people. The reason why is public health. Jamming 4000 people into a building is essentially creating a petri dish for the virus to spread. A church in Illinois held a service in March with 80 people and a month later 43 of them were sick. A pastor should care about his sheep.

Once again, this was a lawful arrest. Now Liberty Counsel is trying to smear the State Attorney General by pretending he knows his motives for the arrest. Considering the popularity of this church and churches in Florida in general, it seems an odd political strategy. Again, the plan from the Liberty Counsel is to try and paint their client, who violated the law, as the victim and to further gin up the NAR victim mentality in this country. The church in this country is not under persecution and sounds like a spoiled child when they insist that they are "essential" because the state has deemed them "non-essential." The truth is that the body of Christ is always essential to the world but the world does not see that. The church in purpose driven terms is absolutely not essential. Mind you, we are not talking about providing services for those in need. We can always do that an abide by local ordinances. No, what the NAR dominionists are arguing is that their mega-church gatherings are essential and they are not. Please, do not try and use the forsaking the assembly verse if you do not understand it in context. This is about people who choose to no longer associate with Christians or the body of Christ. I have had regular assembly with the body since COVID. Prayer meeting every Friday night and plenty of virtual contact. Is it the same? No. But we are being asked to temporarily not gather so that lives can be saved. Pastors should be using this time to reach out and pastor their sheep, not whine and break the law.

"Liberty Counsel Founder and Chairman Mat Staver said, "The arrest of Dr. Rodney Howard-Browne was politically motivated. Neither the pastor nor The River at Tampa Bay Church did anything wrong. The arrest and the press conference were outrageous and caught the attention of the nation and the world. As a result of this arrest, Florida Gov. Ron DeSantis declared attendance at churches, synagogues and houses of worship to be an essential activity. This arrest freed up every church in Florida to meet. We are pleased that all the charges have been dropped. It is now time to move forward with healing and restoration." -- Liberty Counsel

Yeah no. The person seeking attention was Browne and he got it. The fact that one raving heretic was arrested does not sway me one bit. The fact that he can now be back spreading his heresy and leading people to hell should bother Christians. The fact that it does not bother the dominionist mind is an indication of how the NAR theology warps the mind. This convoluted and deceptive statement from the Liberty Counsel reveals they are not only dishonest, bear false witness, but they are simply to be marked and avoided as the bible commands.