as we head into another election season Christians need to remember that their witness is worth more than the outcome... 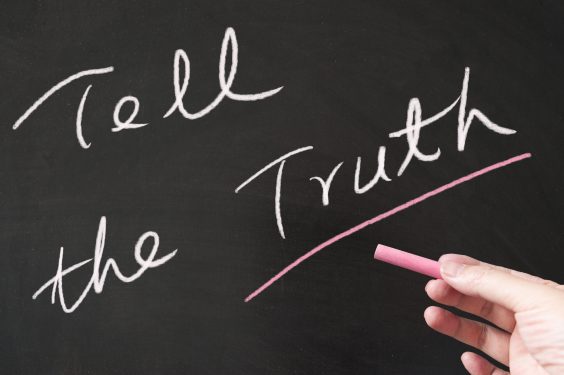 Now this I say and testify in the Lord, that you must no longer walk as the Gentiles do, in the futility of their minds. They are darkened in their understanding, alienated from the life of God because of the ignorance that is in them, due to their hardness of heart. They have become callous and have given themselves up to sensuality, greedy to practice every kind of impurity. But that is not the way you learned Christ!-- assuming that you have heard about him and were taught in him, as the truth is in Jesus, to put off your old self, which belongs to your former manner of life and is corrupt through deceitful desires, and to be renewed in the spirit of your minds, and to put on the new self, created after the likeness of God in true righteousness and holiness.

Therefore, having put away falsehood, let each one of you speak the truth with his neighbor, for we are members one of another. - Ephesians 4:17-25 (ESV)

Let us start with two quotes:

"And once he's gone and we have regained our rightful place in the White House, look out if you supported him and endorsed his actions, because we'll be coming for you next. You will feel the vengeance of a nation. No stone will be left unturned as we seek you out in every corner of this great nation. For it is you who have betrayed us."

"If elected and you don't surrender your guns, I will sign an executive order and the police will show up at your door."

The previous two quotes attributed to Kamala Harris surfaced on Facebook this past week and sent Trump supporters into an apoplectic frenzy. Who can blame them really? The unmitigated nerve to threaten those who you disagree with and dare to come after their guns is enough to make anyone furious except for one little problem"she of course never said these quotes. One of them came from a satire website who said anyone who believes the quotes needs their head examined. The second one was simply made up. Now I understand this is how dirty politics are played in America but the problem is that I see these quotes and others circulated by Christians.

This of course is nothing new. The New Apostolic Reformation (NAR) has infiltrated most of the apostate church system in this country and teaches what is known as dominionism. This essentially is when we worship this country before God. When we conflate the two as if they are interwoven when they most certainly are not. Hardcore dominionism believes we must conquer seven cultural mountains as Christians in order to facilitate the second coming of Christ. I kid you not. More mainstream dominionism does not take it to that extreme but for all intents and purposes it is essentially the same. Influencing culture is top priority and the most favorite mountain to conquer is government, or politics. Christians love their politics no matter how much it corrupts their Christianity. No matter how much it damages their witness for Jesus Christ.

Hyperbole you think? Why would anyone care about listening to your opinion about God if you are willing to be deceitful, carless, or sloppy in speaking about carnal politics? When we cannot be bothered to do a 30 second Google check on a Kamala Harris post that indicates we do not really want to spread the truth. We just want our political worldview affirmed. Then you think you can speak about Jesus? The world may not understand the things of God but they have no problem spotting the hypocrisy of man. This is not new. We saw the same dynamic play out in 2016 and every presidential election before. You may think you are serving some greater good by posting that there are secret pedophile rings being run out of a Pizzeria in Washington but other people see that nonsense for what it is. And it is all fun and games until some nut with a gun decides to visit that pizzeria; which did happen. There was an Italian Renaissance philosopher named Niccolò Machiavelli who posited the thinking that the ends justify the means. Essentially that it does not matter how you get to the goal you desire.

God is not Machiavellian. God is very much concerned about how you got somewhere and far less impressed with the fact that you're there. God does not need you to cheat. God does not need you to lie. Is He not in control of every situation on the earth He created? Do kingdoms not rise and fall at His desire? What are you so troubled by? Do you think God was surprised when Barack Obama became president? Did Trump catch Him off guard? You see the problem is when you follow NAR theology you actually become god. The real God is only there to serve you. Think about it. Why would God need your help to conquer cultural mountains? Bill Johnson of Bethel actually teaches that God is not in control of this earth because He left us in control. Heaven forbid.

Let us quickly look at the key verses for today from Ephesians. This section of scripture deals with our new life in Christ Jesus. It says we must no longer walk like the Gentiles do, in the futility of their minds. The Christian mind is a renewed mind. We put off our old self, which belongs to our former manner of life. We put it off because it is corrupt and now that we are in Christ our example should be found in the likeness of God in true righteousness and holiness. That is quite a summary no? Something we all should be striving for. What is the very next line, however? Therefore having put away falsehood, let each one speak the truth with his neighbor. The summary of our new mind in Christ is to put away falsehood. We are supposed to stand for Christ and His Gospel.

Politics is about power in this world. Those who have it want to keep it and those that do not have it want to acquire it. They will go to whatever Machiavellian ends they need to and use anyone they can. Someone took these two quotes, knowing they were not said by Kalama Harris, and created memes attesting to lies. Why? Because they believe they can always count on Christians to be suckers. Why? Because Christians are great at outrage. We have been taught through NAR theology to be victims. Victims of the merciless state that persecutes us by not allowing the baby Jesus in the town manger or heaven forbid - not allowing forced prayer in schools. How do they represent that one? That God was "kicked out" of the schools. How weak is the God you claim to serve? He created the heavens and the earth but you think that School District 29 can tell Him what to do?

I guarantee you this beloved. On January 20, 2021 God will not be surprised at who is inaugurated President. It will be exactly who He allows, for His purposes and that outcome is not changed nor effected by anything you do, let alone post on Facebook. What is affected by your posting is your individual witness. Don't you doubt it for a minute. Even those that may agree with you politically will still know you were willing to lie to achieve your ends. Good luck then talking about sin and repentance. So please Christians, vote as you feel led but stop pretending God needs your help. Stop pretending the end justify the means. Please just tell the truth.