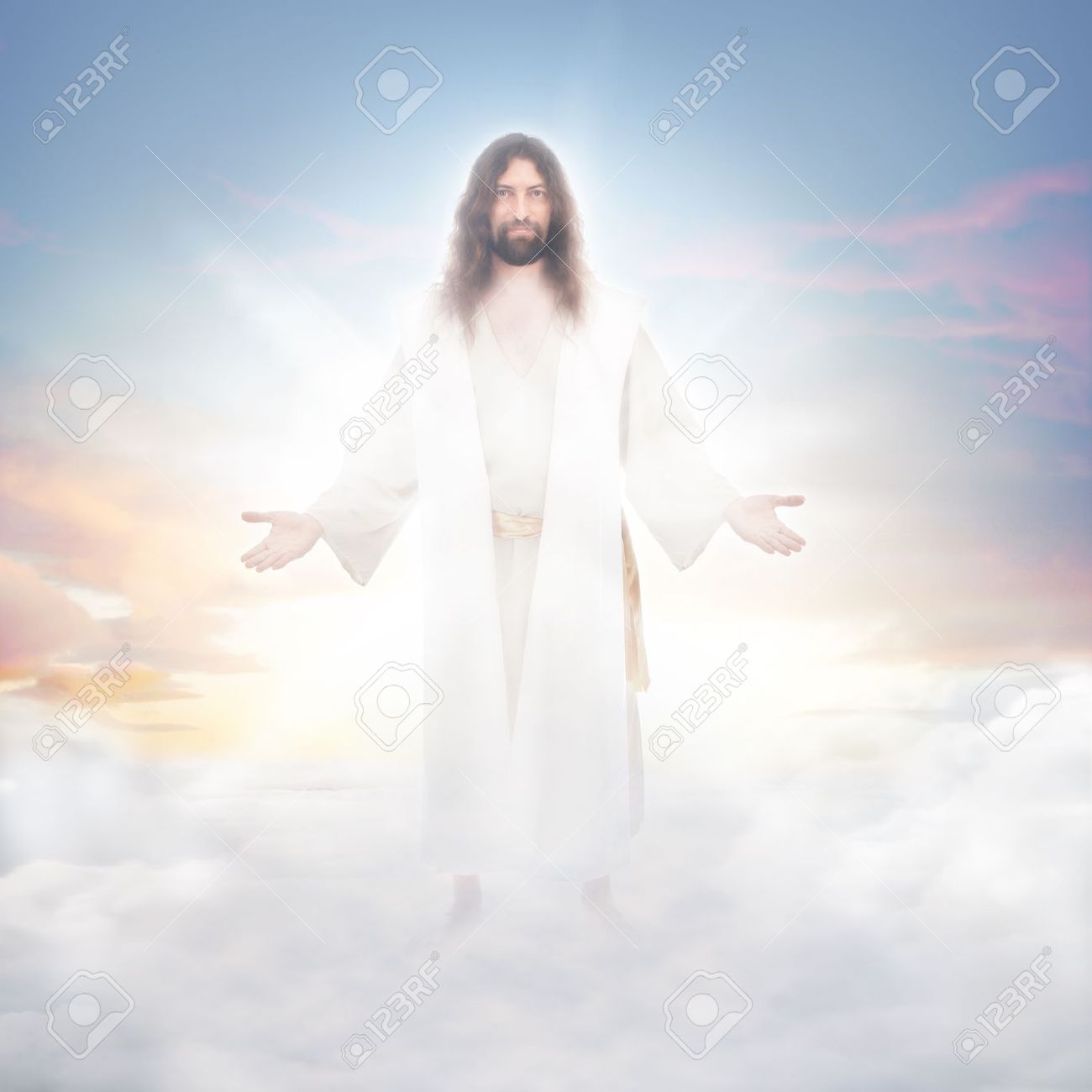 For such men are false apostles, deceitful workmen, disguising themselves as apostles of Christ. And no wonder, for even Satan disguises himself as an angel of light. So it is no surprise if his servants, also, disguise themselves as servants of righteousness. Their end will correspond to their deeds. - 2Corinthians 11:13-15 (ESV)

One of the defining facets of Charismania is the obsession with unbiblical supernatural encounters that any discerning Christian can easily dismiss. For instance, we know that Jesus did not walk into Kris Vallotton's bathroom many years ago while he was taking a bath in order to tell him he would be a prophet to nations and kings. Yet Kris still tells that "testimony" to this very day. As disturbing as that image might be, the story told by Jesus Culture's Kim Walker-Smith is worse. She tells of a "waking visitation" by Jesus Christ who whisked her away to the throne room of God, where she claims to have met with the Father, face to face. She asks the Father what He was thinking when He made her and the creator of the entire universe allegedly rips out a piece of His own heart to mold a miniature version of Kim Walker-Smith to dance and sing for Him while He clapped maniacally. Thankfully we do not need to get into the sheer lunacy of this nonsense because the bible assures us in Exodus that no person may actually see the Father and live. So where does that leave us with examples such as these? Well the key verses remind us that the devil himself and his emissaries disguise themselves as angels of light in order to deceive! So when we hear fanciful tales of schmoozing with God Almighty, we can rest assured that the offenders simply cannot tell the difference between the false gods they serve and the demons that visit them. I say this as a backdrop to a recent article found on Charisma News (linked above) this morning from someone named Liz Wright, who apparently has a podcast called, "Live Your Best Life." The title of "Dismissing the Religious Spirit" caught my eye but the short write up contained more of the crazy, whackadoodle encounters discussed above. Let us reason together once more:

"In a recent episode of Live Your Best Life with Liz Wright, Liz shared three incredible encounters that reveal what Jesus is doing in His church at this time. The Lord is dismissing the religious spirit, once and for all, and healing our mindsets so we can step into our full identity and authority in Him! This is revelation she released into her International Mentoring Community and felt the importance of sharing publicly to encourage you about how Jesus is moving in us corporately." - Charisma News

Although Wright does not get into the details, the religious spirit is Charismatic code-speak for anyone who correctly criticizes false teaching within charismatic circles. In reality, there is no "religious spirit" as it was created by false teachers to defend false teachers. It is loosely based on the criticisms Jesus gave to the Pharisees during His ministry. For Charismaniacs to try and use this to defend their heresies is ridiculous. The Pharisees stuck to the letter of the law but missed the spirit or purpose in people's lives. Charismaniacs purposefully ignore their own false doctrines and then balk when someone challenges them. Not remotely the same.

"The encounters Liz explains are messages of hope to the bride of Christ. In one, Jesus pressed His forehead against hers and revealed that He is healing mindsets and belief systems. In another encounter, Liz walked toward Jesus as a bride dressed in light. She joined Him in the throne and became aware of the authority she, as representative of us, has as the bride of Christ. In the third encounter, Liz stood before the Godhead and an arc of light came from them and shot through her entire being, aligning her mindset and awakening her to power." - Charisma News

Yikes. Let's take these absurd "encounters" one by one. Mind you, Wright is not claiming these as dreams but as actual encounters! So Jesus Christ pressed His forehead to that of Liz Wright in order to assure her that He is healing mindsets and belief systems? Did anything this silly occur anywhere in Scripture? So, God, the creator of everything never imparted secret knowledge to David a man after His own heart by pressing their foreheads together. Not Moses who led His people out of captivity. Not the Apostle Paul. No, He was waiting for thousands of years for Liz Wright. Wrong.

The second encounter sounds like a dredging up of the old "bridal paradigm" heresy endorsed by IHOP years ago. Liz Wright is not the bride of Christ. Neither are you or I. Collectively, the church is the bride. Liz has no authority here. She is being actively deceived by the enemy disguised as an angel of light. This becomes even clearer when we read the third encounter. As previously discussed with the Kim Walker-Smith nonsense, she could not have stood before the Godhead and lived. Notice additionally, how "me-centric" all of this is. Liz Wright gets to have the Son of God press His forehead to hers. Liz Wright gets to play dress up as the bride of Christ because God wanted her to understand the authority she has. Liz Wright had the Godhead shoot an arc of light through her entire being so she can align her mindset and be awakened to her to power? Who does all of this glorify? Not Jesus but rather, Liz Wright.

"Liz says, "We are in the finest hour. I believe we're going to see what they walked in, in the early church, beginning to become our normal Christian experience." This episode is an invitation to let the Lord heal your mind and deliver you from the fear and insecurity, which are fruit of the religious spirit. You'll receive a deeper awareness that you are an image-bearer of the Most High God. You are rising with Him to reign in the earth like never before. As you focus on the truth that the King of glory is revealing to you, you will grow in faith that you are the display of His splendor. We are the generation that heaven has been waiting for!" - Charisma News

Yeah, no. Just more grandiose delusions of grandeur. This is consistent with purpose driven church theology and the look at me spirit that pervades Charismania. We are the generation heaven has been waiting for? Really? We are rising with Him to reign in the earth? That sounds like the NAR dominionist heresy to me. The bottom line here is that Charismaniacs, like Liz Wright, are a blight upon the true church. She leads people away from Christ and needs to be marked and avoided.

The Value of Our Offense - The Cost of Unforgiveness (34837 views)

When Personal Worldview is More Important Than Truth (31034 views)