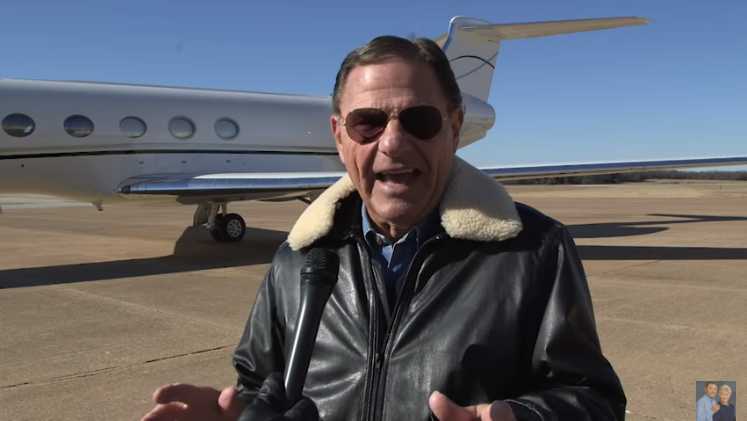 Therefore an overseer must be above reproach, the husband of one wife, sober-minded, self-controlled, respectable, hospitable, able to teach, not a drunkard, not violent but gentle, not quarrelsome, not a lover of money. 1Timothy 3:2-3 (ESV)

It is time for those called Christians to grow up. Time is running out. There is a heaven to be gained and a hell to be shunned and the clock is running out on a world that doesn't know Jesus. You don't have time to travel the world as a missionary? I understand. You are uncomfortable witnessing to strangers? I get it. Not everyone has the same gifts, call, or burdens. The least you can do however is stay out of the way when false teachers are being exposed and yes, even if you like them. I wrote recently about political faux Christian, Franklin Graham and mentioned in the devotional that at last count he was earning $800,000 in salaries from his two "charities." I further pointed out that when he earned some well-deserved criticism for this he simply petitioned the government to change the charities into "church organizations" so he would not have to disclose salary information to the IRS and thus the public. Does that sound sneaky and deceptive beloved? That's because it is.

Yet still in the comments thread was someone asking what difference his salary made. Are you serious? A man draws nearly a million dollars from two organizations claiming to be charities and then falsely changes their government status to cover it up and you don't think that merits some Christian oversight? While we are on the subject please do not throw verses around that you do not understand. A workman being worth his wages does not mean a million dollars in wages. Do not tell me Joel Osteen should be esteemed because he doesn't draw a salary from his church when it is his congregants that buy all of his books that made him a millionaire! What do you think the world sees when they see Joel Osteen? Beyond the folksy humor and motivation banter. What do you think they see when they watch Robert Morris threaten his sheep that God will curse all of their money if they do not give him the first ten percent? What do you think the world sees when they watch Jesse Duplantis and Kenneth Copeland? The above link answers this last question.

The secular television program Inside Edition did a segment about private jet flying pastors and they primarily focused on Duplantis and Copeland. When Duplantis, worth over 50 million dollars, refused to be interviewed they went to a book signing to see why he needed the private plane worth over 50 million dollars, paid for by his church. Ever the Christian concerned about the lost, Duplantis had the reporter physically removed by his body guards. He then joked that Sunday, from the pulpit, that he had made the reporter -- "outside edition." The segment features Duplantis also chastising those that objected to his desire to have the plane by claiming "God told me to have that plane." Sure he did Jesse, sure He did. You will get to explain that to Jesus when you stand in front of Him for judgment.

Duplantis might be more verbally offensive but the king of whoring out religion is Kenneth Copeland. Mind you, neither one of these charlatans actually preach the Gospel. They preach a slathering of prosperity heresy along with some word faith garbage combined with some whackadoodle theology like being able to control the weather. Copeland is estimated to be worth 760 million dollars even though he brags about being a billionaire. His seven million dollar mansion has its own airport and is written off for tax free status by claiming it as a "parsonage." He owns two luxury jets. According to the expose, Copeland has flown to his ski resort in Steamboat Springs Colorado 143 times since 2000. They also showed a clip where Copeland explained to Duplantis that he can't fly coach and get "in a long tube filled with demons." When directly asked about that quote by Inside Edition, Copeland denied it and vaguely threatened the reporter. He then demonically looked in the camera and said that Tyler Perry had offered him the plane for such a little amount of money he just had to buy it. Sure Ken, we believe you.

Duplantis says in this video that he believes if Jesus was physically on the earth today He would not be riding a donkey. The inference there being that He would be jetting around the world. I understand why he would believe that since his god is a wealth loving carved idol and not the true living God. What is the damage here though? How many people watch these hucksters and fall prey to them? We are conditioned to think that there are no victims of these ravenous wolves. That the sheep should know better. I saw a story once about Bonnie Parker who was diagnosed with cancer. She believed Copeland when he said that if she went to the doctor it meant she did not believe God was going to heal her. So she stayed home and kept raising her tithe monies until she finally just died, having never visited a doctor. There are countless Bonnie Parkers out there beloved. Real people being really lied to. Being sold a false christ through a false gospel. As horrifying as Parker's death is, consider that she also never got to hear the actual gospel! This is serious business folks and it is time for Christians to not be a party to it anymore.

The key verses are some of the qualifications of those who would seek to be a pastor or oversee a congregation in God's church. Focus if you will on the final requirement listed in the key verses. He is not to be a lover of money. The bible cannot be clearer on this subject. The true Gospel divides and offends because most will not want to hear that they are not their own god. The realty is that if one stays true to the Gospel they can make a living from it but they are not going to be worth 50-760 million dollars. Jesse Duplantis and Kenneth Copeland should be low hanging fruit when it comes to discernment but someone is making them this rich. It is a shame that a secular organization such as Inside Edition could see right through these scam artists but many self-professing Christians will rush to protect the wolves that are devouring their brethren. We must do better than this beloved. Time is running out.

Credentialed Minister of the Gospel for the Assemblies of God. Owner and founder of 828 ministries. Vice President for Goodwill Industries. Always remember that in all things God works for the good of those who love Him and are called according to (more...)
Related Topic(s): God; Religion, Add Tags

The Value of Our Offense - The Cost of Unforgiveness (34955 views)

When Personal Worldview is More Important Than Truth (31091 views)