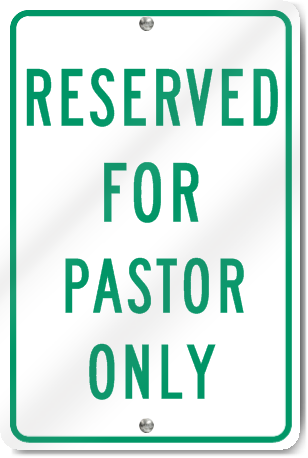 The saying is trustworthy: If anyone aspires to the office of overseer, he desires a noble task. Therefore an overseer must be above reproach, the husband of one wife, sober-minded, self-controlled, respectable, hospitable, able to teach, not a drunkard, not violent but gentle, not quarrelsome, not a lover of money. He must manage his own household well, with all dignity keeping his children submissive, for if someone does not know how to manage his own household, how will he care for God's church? He must not be a recent convert, or he may become puffed up with conceit and fall into the condemnation of the devil. Moreover, he must be well thought of by outsiders, so that he may not fall into disgrace, into a snare of the devil. - 1Timothy 3:1-7 (ESV)

Tullian Tchividjian, the grandson of Billy Graham was once the darling of the church world. A dynamic speaker, Tullian checked off all the purpose driven, mega church, seeker friendly characteristics we want in a cult of personality church CEO, vision casting dude. For awhile we were even convinced he met the biblical qualifications as well. Then the news of the first affair on his wife broke. Then the second with a congregant. Then the accusations of abusing his position of power to pursue these adulterous relationships. Soon Tullian had to step down but was quickly scooped up by the equally compromised Willow Creek Church because the Purpose Driven Industrial Complex has one primary goal -- protect the brand. Tullian was a proven name and he could bring in the bucks so losing him was not an option. Just like losing charlatans like Todd Bentley and Mark Driscoll were not options. Soon another allegation surfaced and even Willow Creek had to cut ties with the toxic Tchividjian.

This is the point where the church seemingly does not understand restoration. Tullian Tchividjian needed our prayers and help in restoring his relationship with Christ, not his ministry. If we were responsible Christians we would have to counsel him that his ministry was in fact over. He disqualified himself from the office beloved. It gives me no joy to say so and before you go talking about forgiveness remember we are not talking about salvation. God can and will forgive him if he truly repents. But no one has a right to preach. No one should ever feel entitled to preach the Word of God. It is arrogance to assume otherwise. The cause of Christ can do just fine with Tullian Tchividjian.

Yet here he is again, ready to launch his new Palm Beach Church. They are in fact already meeting. Never mind that Tullian got divorced, clearly without cause on his part. Never mind the adultery that now results from his new marriage. Never mind that the South Florida Presbytery relinquished his credentials years ago. Never mind that he openly admits to a depression so severe he considered suicide. Never mind the bible. Never mind that the key verses as well as every other scripture about pastoral qualifications completely disqualifies Tullian Tchividjian. To hell with all of it because there is money to be made. Too harsh you say? Maybe he has repented and learned his lesson? What say you Tullian?

"I don't care what role a person has, a consensual relationship between two adults is not abuse," And some of these people will try to make the case that, 'Well, because you're in a position of authority, it is abuse.' And I'll go, 'OK, I can see how that has been and can be used by people in these positions.' ... That just was not true for me. I was not abusing my authoritative role to try and find women." -- Tullian Tchividjian

That is a hardly the sound of a penitent heart beloved. That sounds like an angry man who doesn't like being held accountable. It is also disconnected from reality. So, the only thing that matters to a pastor having an adulterous relationship is whether it was consensual? The only thing that matters is if you are actively "looking" for adulterous relationships? Tullian claims he was not looking yet admits to two such affairs anyway! How many would he have had if he were looking! If a woman goes for a job interview and is coerced into sex in order to gets the job is she somehow not a victim because she consented? Now, I am sure that Tullian does not think he coerced anyone and therein lies the problem. The pastoral role is not one taken so lightly beloved. Now I agree that pastors should not be revered to the extent they are but to deny it is the case is simply disingenuous. Tchividjian openly admits that the affairs were wholly wrong both morally and ethically but draws the line that they were abuse. Whatever dude. Is that the new normal for acceptable pastoral qualifications? They can cheat on their wives, with congregants, so long as they feel they did not abuse their position of power. That is the person you want dividing the word of truth for you every week? That is the person you want to go to for counseling when your life goes sideways? That is the person you want casting the net for the unsaved every Sunday? Seriously?

In 2016, the board of GRACE (Godly Response to Abuse in the Christian Environment) issued a public statement calling Tullian's affairs a misuse of power and said, "As an organization that deals with the abuse of God's lambs and the damage silence causes, we feel compelled to speak. We believe that no material institution is more sacred to God than His lambs--be it church or mission or family. Institutions ordained by God were destroyed at His hand when they became corrupt." Just for context, Tullian's uncle and brother were on that board. None of this matters however to an unrepentant Tchividjian. He recently linked his first new sermon back to his twitter account with the following questions:

I am here to say yes. God can bring success from the ashes of failure. He can and will forgive divorce and adultery. Out of loneliness, God can provide comfort in the company of others and more importantly comfort with who we are in Christ. Encouragement for our discouragement. He can also revive an emotionally dead marriage -- you do not need to go looking for someone to break your covenant with God with. Shattered dreams can be replaced with biblical dreams. None of these realities however mean you must return to the pulpit Tullian. None of these blessings from God mean that you can ignore His word and declare yourself qualified again, when sadly you are not. I pray you wake up from your disobedience Tullian but I have to tell you; I'm just not getting that vibe.