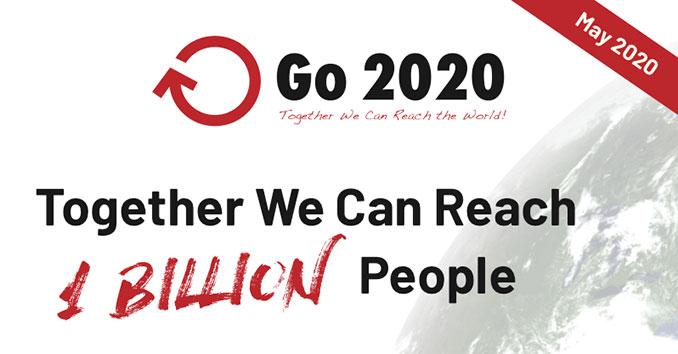 Woe to you, scribes and Pharisees, hypocrites! For you travel across sea and land to make a single proselyte, and when he becomes a proselyte, you make him twice as much a child of hell as yourselves. -- Matthew 23:15 (ESV)

We write about it all the time. Seemingly well-intentioned leaders standing shoulder to shoulder with wolves tearing the flock of the Lord apart. Francis Chan's fall started by attending IHOP's annual heresy fest where he declared how much he loved false prophet Mike Bickle. Just three years later he would be writing on his own that anyone who criticized Rick Warren or Mark Driscoll was going to burn in hell. Jesus warned that a little leaven spreads throughout the entire batch. Bad company always corrupts good character. Dr. Michael Brown no longer has a shred of credibility left because of his refusal to call out the lowest hanging false fruit such as Benny Hinn, Bill Johnson, and Jennifer LeClaire. The once proud Assemblies of God now partners with any wolf willing to offer partnership.

We must understand that these things have to happen. If you understand biblical prophecy you know that the end times will see the rise of a one world religion. Leading the way was always going to be the corrupt Catholic Church along with those who benefit from the status quo, such as the NAR and the purpose driven pastors of mega-churchdom. For too long now, many have been deceived into thinking these folks are our brethren when they most certainly are not. Of what fellowship does light have with darkness? None. Bill Johnson, Mike Bickle, Benny Hinn, Joseph Prince, Joyce Meyer, Francis Chan and many others are not my brethren. They are wolves devouring my brethren.

Still the question remains -- how will this one world religion form out of so many disparate parts? We see some foundational relationships forming over the past ten years such as Rick Warren reaching out to the Muslim community and the recent infatuation false evangelical leaders have with Catholicism. The bulk however will come from often well-intended folks who in their zeal turn a blind eye to whom they are partnering with. We cannot partner with the devil and pretend it is for the cause of Christ. With this as the backdrop, I present to you GO 2020, whose stated mission is:

"To activate and train every Christian believer, everywhere to share the Gospel of Jesus Christ. Through a unique partnership effort involving many different denominations and parachurch organizations, this massive moment is meant to train and inspire every believer to live a lifestyle of evangelism." -- GO 2020 Vision Statement

That sounds noble. That sounds like a pious idea. Sounds and looks are deceiving. Let us return to basics. How many people will find the narrow way that leads to eternal life? Few. Salvation is such an individually phenomenal event that all of heaven rejoices when one sinner repents! Through the implementation of the purpose driven church vision and the seeker friendly ten second sinner's prayer theology, we have a generation of false converts who think they are heaven bound but do not yet know the Lord. Sounds harsh? The bible makes it very clear that no one is saved outside of preaching the true and uncompromised Gospel of Jesus Christ. Look at what Paul says would have happened to him if he had not presented the whole truth in Ephesus:

Therefore I testify to you this day that I am innocent of the blood of all, for I did not shrink from declaring to you the whole counsel of God. -- Acts 20:26-27 (ESV)

Paul also teaches Timothy that the salvation of his listeners hangs upon his doctrine, which he must guard closely. Yet in the Purpose Driven Life, Rick Warren addresses salvation one time. In that one mention, he delivers a nine-word sinner's prayer, after which he has the audacity and arrogance to declare -- welcome to the family of God! Joel Osteen does the same thing after every episode. He preaches a sermon devoid of Christ and His Gospel but asks people at home to repeat a silly, banal sinner's prayer after which he declares that you are now born again! Except you are most definitely not. This happens in churches across this land every single week. GO 2020 declares that their calling is based upon the fact that 93% of church members never share the Gospel with others. How can they if they do not even know it themselves? So this band of apostate churches are joining hands to see how much of the world they can corrupt at the same time through this stated goal:

Except what Gospel? Bill Johnson's gospel is experiential and consists of false signs and lying wonders. Joyce Meyer's gospel is entirely word faith and prosperity. Charisma News' gospel is NAR dominionist. IHOP's gospel centers on the false bridal paradigm and the NAR Joel's end time army nonsense. Heidi Baker's gospel is apparently all about rolling on the ground and shouting "Shabba!" John Arnott's gospel has you laughing uncontrollably and barking like a dog. Cindy Jacobs and Lou Engle's gospel is all about false prophecy. EA Adeboye's gospel has earned him 50 million dollars from the poorest souls in Africa. What do all of these charlatans and huckster have in common besides heresy? They are all partners in GO 2020. As is TBN. As is YWAM. As are the Assemblies of God. Are we starting to see the paving of the road that will lead us into the one world religion yet?

GO 2020 states that they encourage ordinary believers to share the Gospel and show God's love through sharing and caring. What about the need to repent from our sins? Without that there is no salvation. It is not love to allow someone to stay in their sin and believe they have been saved. that is actually eternally cruel. Not to mention it confuses evangelism and witnessing. Witnessing is a broader context of activities that bear witness to the lost of Jesus Christ in our lives. People will know we are His if we love each other for example. That is our lives witnessing. Behaving ethically at work bears witness to Christ in us. Staying faithful to our spouse, having a giving heart, and having peace in the storm all bear witness to Jesus. Forgiveness when the world screams vengeance. Are we getting the point?

Evangelists are listed as one of the gifts given to the church to help build it in unity of doctrine. If all were expected to be evangelists, then they would not be listed separately. The Great Commission is about teaching what Christ taught and making disciples. One cannot make disciples if they are still learning to be one. I say this because even the biblical underpinning of GO 2020 is suspect at best. That brings us to the key verses for today. This is one of the seven woes pronounced by Jesus Christ to the false teachers of His day, the Pharisees. These woes are to be translated literally as judgements against them. This seems particularly relevant to the discussion today and GO 2020. It sounds righteous to want to train a million people to reach a billion people within a one-month time frame. The question remains though -- what are you reaching them with? The bible makes it clear that we can be presented with a false christ through a false gospel. The end result of that is a false conversion. The object should be that they are saved -- not churched or reached. How many of the million will not have the first clue how to answer questions or deal with resistance? How many will be armed with a milquetoast, nine-word prayer that saves nobody? How many of the billion will now think they are saved but still live unrepentant in their sin? How many more have we added to the "Lord Lord" group on Judgment Day? How many will seek out false churches within the apostate system because that was what they were reached with? Can some be saved? I suppose if the person doing the proselyting is truly saved and understands the true Gospel. How many though will now be consigned to hell while thinking they are saved in exchange? The issue is not intent or zeal. Our key verses teach us that the issue is us and what we believe. Traveling across the world to make converts who are twice the sons of hell as we are is not the Great Commission. It is not evangelism or witnessing either. It is just the on ramp to the end times one world religion. Do not get on beloved.

Credentialed Minister of the Gospel for the Assemblies of God. Owner and founder of 828 ministries. Vice President for Goodwill Industries. Always remember that in all things God works for the good of those who love Him and are called according to (more...)
Related Topic(s): Evangelical; Faith; Religion And Spirituality, Add Tags
Add to My Group(s)
Go To Commenting
The views expressed herein are the sole responsibility of the author and do not necessarily reflect those of this website or its editors.