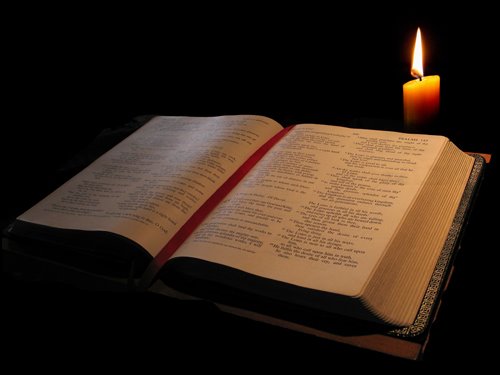 One of my favorite bible stories is tucked away in 1Kings 22. It is the story of the seldom heard of prophet, Michaiah; not to be confused with Micah. Jehoshaphat, King of Judah comes to visit King Ahab of Israel as they consider whether to go to war against Ramoth-gilead. Jehoshaphat implores Ahab to first inquire of the Lord so he gathers his 400 false prophets to ask them and they all say to go and he will be victorious. This brings us to the key verses today which always make me laugh. Jehoshaphat says -- hey c'mon, do you have another prophet we can ask and not one of your 400 sycophants? Reluctantly, Ahab admits there is this one other prophet named Michaiah but he never prophesies good concerning me! As if that is what should matter when hearing from God! Sure enough Michaiah prophesies that God put a lying spirit in the 400 false prophets and that if they go to war, Ahab will die. For his troubles, Michaiah is thrown in jail until the king returns from war and Michaiah's answer is priceless:

King Ahab dies in that war, exactly as prophesied. Michaiah fades into the background of scripture having his moment memorialized forever. Fast forward today and we see a church that seeks out the 400 false prophets and persecutes anyone who would bring the correct word of the Lord, such as Michaiah. The above link is to a recent posting on Charisma News from Pastor Bob Sawvelle from Arizona. I had never heard from him but he perfectly sums up the state of the church regarding prophecy today. The text is actually pretty short so let us reason again together through it.

"If a prophecy is filled with judgment and negativity toward an individual, believers should steer clear of it. So says Pastor Bob Sawvelle of Passion Church in Tucson, Arizona. Such prophecies don't emulate the heart of God, Sawvelle adds. He encourages believers who prophesy to others to speak life and hope. "I always encourage the folks in our church and those students who I teach online that if prophecy has a ring of condemnation to it, that's not God," Sawvelle said on a recent episode of "Charisma Connection" on the Charisma Podcast Network. "In Romans 8, Paul says that those who are in Christ Jesus are no longer under a spirit of condemnation. They are free from that." -- Bob Sawvelle

Really. I want us to realize how heretical this is. Prophecy is supposed to be a word from God. How can you advise a prophet on what they should speak in prophecy if it comes from God? Sawvelle's logic is that anything negative must not be from God. Even if it has the slightest ring of condemnation. I have only one serious question -- does he even own a bible?

The Lord will strike you with wasting disease and with fever, inflammation and fiery heat, and with drought and with blight and with mildew. They shall pursue you until you perish. -- Deuteronomy 28:22 (ESV)

The Lord will strike you with madness and blindness and confusion of mind, and you shall grope at noonday, as the blind grope in darkness, and you shall not prosper in your ways. And you shall be only oppressed and robbed continually, and there shall be no one to help you. -- Deuteronomy 28:28-29 (ESV)

I'm sure the Lord meant "strike you with a wasting disease" in the most positive way possible. Deuteronomy 28 is the culmination of the Mosaic Law. God prophesies through Moses the blessings and curses for obedience and disobedience to the law. The last 58 verses of the chapter are all of the curses and remember, they came true because Israel could not keep the law. The verse about there being no condemnation for those in Christ is dealing with salvation. We stand no longer condemned by the law. That does not preclude God from being angry, prophesying a judgment, or having a ring of whatever He wants in what He says. Sawvelle and teachers like him cannot help themselves from playing God. What does Sawvelle do with Jonah warning Nineveh? What does he do with the scathing prophecies of Jeremiah against false teachers? What does he do with the entire Book of Revelation? The judgments listed there are prophecies. Emulating the heart of God is not always puppies and rainbows beloved. There is a balance. He is love and wrath. Here is the rest of the article:

"At its very basic level, prophecy is about love and hope and affirmation to us. Even Jeremiah spoke to those who were about ready to be exiled and under 70 years of captivity that ... God knows the plans He has for us, for peace and for a future filled with hope. In 1 Corinthians, Paul says prophecy is for edification, exhortation and comfort. We need to shy away from anything else because that's not God." -- Bob Sawvelle

Wow. Only in the wickedly deceptive heart of a false prophet can we find the belief that prophecy is only about love, hope and affirmation to us. What a narcissistic theology this is. How ironic that he cites Jeremiah 29 but fails to see that this 70 year captivity was also prophesied in the 28th chapter of Deuteronomy. God certainly rewards but He also has expectations. Because Bob Sawvelle lives in a fantasy land where the gospel is always pancakes and kittens he doesn't understand that even the three positive sounding words in 1Corintians have different meanings. Prophecy is always the Word of God and thus it always builds up and edifies. The building up is in Christ however -- not in any carnal or worldly terms. The building up in Christ process can be painful to our mortal selves. It is likened to removing the dross through intense fire to purify elements. Remember that what God considers edifying is not to someone who refuses to hear it. The second word is encouragement and yes the Word from God should always be encouraging to us even if we do not understand. Why? Because the creator of the universe should ever speak to us at all! You can tell however that Bob has turned all of this into a carnal love fest of encouragement or an attaboy festival. If I see my brother sinning it is encouragement to remind him what God says. The last word is comfort. This clearly infers a troubled mind and heart at some level if comforting is in order. The Word of God provides us with absolute truth in a world gone absolutely crazy. It provides for the only way to overcome this world, through Christ Jesus.

Bob Sawvelle is just a microcosm of the problem in the church today regarding prophecy. It is not a game to pretend to hear from God beloved. There are always real victims to false prophecies. Like Ahab, the church whines that real prophets have nothing nice to say. So they gather around them 400 false prophets to tell them what their itching ears want to hear. Don't listen to those who think prophecy is always pie in the sky sloppy agape love. Seek out the Michaiah's in your midst and be truly exhorted, edified and encouraged by what God is actually saying.