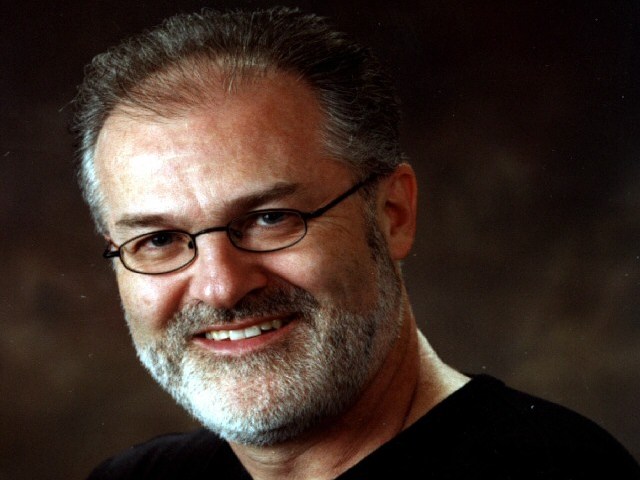 And many false prophets will arise and lead many astray. -- Matthew 24:11 (ESV)

The bible is filled with a myriad of warnings against false teachers and prophets. The subject is very dear to the Lord because He knows how susceptible we are to false doctrines and what the flesh wants. Our spirit may understand that we need to die to ourselves and carry our cross daily but the flesh? The flesh wants to hear that everything is always about us, God wants us rich beyond our dreams of avarice and that we can go to heaven without actually repenting of a single sin. This is why the world loves a Joel Osteen. Paul Washer once quipped that Osteen was not a false teacher as much as he was God's wrath upon those willing to listen to his sermons. Harsh but true beloved.

Within the apostate church system, there is an entire industry concocted out of the role of the prophetic in the bible. Realizing they cannot actually hear what God says, they simply lie. This is not new as we see it repeatedly throughout the history of Israel. Perhaps one of the best examples was when Jehoshaphat was meeting with King Ahab and trying to decide if they should go out to war. Jehoshaphat implores Ahab to seek godly counsel through the prophets so Ahab asks the hundreds of prophets who always told him what he wanted to hear and they said go to war. Jehoshaphat realized they were not divining what God was actually saying so he asked Ahab again if there was someone else they could ask. This answer is the spirit of seeking false prophets, even through today:

And the king of Israel said to Jehoshaphat, "There is yet one man by whom we may inquire of the Lord, Micaiah the son of Imlah, but I hate him, for he never prophesies good concerning me, but evil." And Jehoshaphat said, "Let not the king say so." -- 1Kings 22:8 (ESV)

Shouldn't the point about seeing a prophet be whether or not he actually is saying what God has said? Not for Ahab as he only wanted to hear what he wanted to hear. So he ignored Michaiah's warning that if he went to war this time he would die and sure enough he did die as prophesied. This is the state of false prophets today as well. People seek out what they want to hear and discard those that truly speak what God has said in His word. One of the leaders of this false prophets network is James Goll. All one needs to know is he is the "covering" for Jennifer "Sneaky Squid Spirit" LeClaire and her army of "Angels of Abundant Harvest." Jennifer recently charged 30 bucks to teach how to smell demons. I kid you not and Goll is her mentor. Let us reason again through the short article linked above and peek into the depraved and reprobate mind of the false prophet:

"I was sitting on a plane, and I had about 20 text messages come through, each one a more important testimony or story than the last about how different friends had encountered actual prophets in our day who gave them prophetic words. These words all had stories attached, and each prophet had brought different people into a place of great authority and connection in their sphere of society. Each one was a testimony of how the prophet had affected their life and how the outcome was forever different because of the word they had received. I was so excited because it wasn't just spiritual encouragement. I heard them talking about different men and women whom God is raising up or has raised up as prophets and how prophets are alive and well in our time. I then heard clearly in my spirit that God is restoring the dignity of prophets in our time." -- James Goll

Yeah, no. You see James you are a false prophet of magnificent proportions. God does not and has never spoken through you nor to your heart. If He did, he would command you to repent for your false prophecies and for making a buck off the merchandising of the sheep. What you have built is a false network of false prophets. Their primary duty is to prop each other up to provide an air of legitimacy. The bible says our heart is the most wickedly deceitful thing ever created so when you hear things you think are in your spirit it is really just your own wicked heart. If God were truly restoring the dignity of the prophets He would start be eliminating you and your band of false prophets.

"Who Are Prophets, Anyway? Prophets in the Old Testament were the most sought-after people when anyone faced transition, crises or national purposes in Israel and beyond. The prophets were the hosts of God's thoughts, and when people met with them, this omnipresent God made an appearance through His prophets in a way that proved that He cared very deeply about those who sought after Him. In the New Testament, we see the prophets carry another equally important role--to help establish God's kingdom in all the world. They were the ones who helped the rest of Christians navigate their revelation and prophetic journey. The world is so hungry for the divine counsel of the Holy Spirit. When you meet with Him, what normally takes a year of counseling, an expensive business coach, a life coach or an educational process can happen in a moment." -- James Goll

Wow, what a whitewash of the role of Old Testament prophets. Yes, they were often sought after because the people often killed them! The role of the prophet was to say what sayeth the Lord and the vast majority of the time His children were not living as God had outlined for them. The primary message of the prophet was repent! This role does not change in the New Testament. False prophets such as James Goll want to pretend it does because they are often wrong and want to make you believe that this is normal for a New Testament prophet. Perhaps one of the stupidest things I have ever read is the notion that the world is hungry for the divine counsel of the Holy Spirit. Does James Goll even own a bible? The world thinks the things of God, including the notion of an indwelt Holy Spirit are foolishness! None seek after the Lord! Most in the church do not really want to hear what God has to say! If they did, they would open their bibles instead of seeking out wolves like James Goll to "speak a word" over or into their life.

"Counterfeit Prophets. Think about the multi-billion-dollar industry of psychics, new age, mediums and the occult. Why are they so present in society? Because people are looking for spiritual guidance. People are hungry for spiritual truth that they can apply to their pain, their careers, their identities. This is such a counterfeit to the ministry of prophets, who bring a connection to God's original plans and intentions in real time through the Spirit of God. And He does it free through His prophets!" -- James Goll

So sad. People seek out psychics, mediums and the occult because they are sinners rebelling against God. They are not hungry for spiritual truth as much as they are hungry for confirmation that they can continue to live like hell yet still end up in heaven. Along comes the James Golls of the world to assure them everything is going to be OK, just give to the love offering at the end of the service. I have watched itinerant false prophets proclaim absurd words over every single person in attendance. At least that takes effort to lie repeatedly. The usually tactic is the "spiritual onesie" where the false prophet has a singular word for everyone. Beloved, anyone claiming to be prophetic that is not speaking the word of God to you, is not prophesying. They are prophelying. James Goll is just one in along line of propheliars looking to lead you astray as the key verse explains. Do not fall for it.