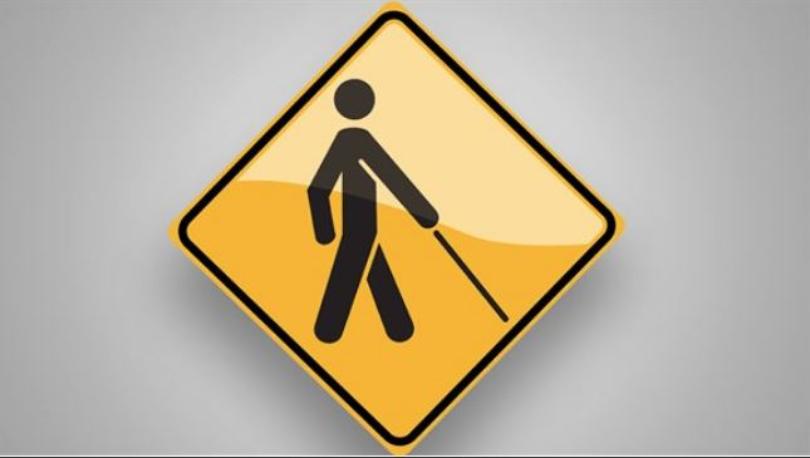 Jennifer LeClaire is a NAR false prophetess. She is what we were warned about in the key verse today. She is a huckster, playing only for personal profit. Paul contrasts Jennifer with those who bring the word with sincerity and authority, knowing full well God is watching. When I see the nonsense Jennifer spews I am always amazed at the utter lack of fear of God. Realize she is the one who claimed she saw a "sneaky squid spirit" sitting on her friend's head and when she rebuked it, this stubborn calamari started "stalking" her. That should have been it beloved. Those with an ounce of discernment should have been able to look at that and dismiss her as the huckster she is but instead her ministry has grown. When she claimed she was releasing the angels of abundant harvest over our lives and coincidentally wouldn't release them until her book of the same subject was published we were given a second chance to mark her as a deceiver and move on but still her ministry grew. She set up her own network of false prophets where for a few hundred bucks per year you could come under her "covering." Next was a school for prophets. That's right; in violation of scripture Jennifer sold for several hundred dollars the ability to become just as much a false prophet as she is. When that well started to run a bit dry she pretended that there was also an office of a "seer", which apparently is like a prophet who dreams. For another charge of a several hundred dollars you could join her new school for seers and for more money you could join her "company of seers." Are we getting the vibe yet? God is watching but until she answers for fleecing His flock, we must warn the body of Christ. This brings us to the above linked article where Jennifer appears unhappy that others have joined in on her scam without paying proper tribute so she is coming to warn people of false seers which is too comical to put into words. Let us reason once more together.

'With the rise of true seers, is it any surprise we're seeing false seers? Maybe you haven't seen one yet--or maybe you just haven't discerned them yet--but they are rising with manipulative cunning. Jesus warned us about false prophets in Matthew 7:15. I think the Passion Translation puts a new light on this verse: "Constantly be on your guard against phony prophets. They come disguised as lambs, appearing to be genuine, but on the inside they are like wild, ravenous wolves!" Jesus gave us a second warning about false prophets in Matthew 24:11 in the end times. Again using TPT, He said, "And many lying prophets will arise, deceiving multitudes and leading them away from the path of truth."' -- Jennifer LeClaire

Oh I have discerned them Jennifer and see you are their leader. Beloved there are no "seers" as Jennifer claims. She takes one or two Old Testament references and creates this nonsense out of whole cloth from her wickedly deceitful heart. A seer was essentially a prophet who God spoke to through dreams and visions. While there remains a gift of prophecy the final revealed will of God is in the bible. He did not forget something that He is now sending Jennifer LeClaire to warn the body of Christ about? I don't think so. The truly hilarious thing is when someone as false as Jennifer LeClaire properly cites the passages that warn us about her. Matthew 7:15 does warn us about the phony prophetess known as Jennifer LeClaire. She may appear sincere to many but she is indeed a ravenous wolf, preying on the people of God. She has arisen to make money for herself by deceiving multitudes and leading them away from the path of truth. Thanks for the heads up Jen!

"This deception is happening now. It's not only emanating from prophetic merchandisers we quite easily recognize but sinister seers we aren't too familiar with. In truth, we've had a lot more training on how to hear the voice of God and judge a prophecy than we've had on visual revelation like seeing in the spirit or dreaming dreams. (That's why I've launched The School of the Seers and The Company of Seers, as well as The Global Prophetic Center.)" -- Jennifer LeClaire

Prophetic merchandizers? Like when you sell MP3's to teach people how to drown marine demons? In the same thought she goes from warning about merchandizers to trying to sell you on her school of seers, company of seers and her phony Global Prophetic Center. The only thing missing is her hawking tee-shirts"oh wait that is on the website too. By the way, the school and company will set you back about $30 per month. The only reason she "launched" these scams was to make cash.

"Dream: Warned About a False Seer. Recently, I had a dream in which I unexpectedly found myself on the same conference banner as someone I knew (in the dream) was a false seer. This "prophet" was a last-minute addition to the event or I would not have agreed to attend. (I am as careful who I share a platform with as I can be. I won't knowingly minister with false prophets--even in dreams.) Since I was already on my way there and did not want to cancel on the host, I kept moving forward trusting the Lord to work it out. When I arrived at the hotel, it was like an old country motel like you would see in the 1960s but with a modern twist. The hotel lobby was small and shabby, yet the reservations desk had all the technology you'd expect to see behind the counter. The clerk seemed confused and overwhelmed. I knew something was wrong, but did not yet know the extent of it" I went from the hotel to the venue, which was a massive auditorium. I was sitting in the front row in between my ministry director and the host of the event when the host asked me what I thought of the man on the banner (the false seer). I listened as he clearly had concerns about what he was discerning. The host recited issue after issue with the false prophet's booking and travel. At this point, he wasn't sure if he should have invited him. The host then admitted people had warned him not to invite this prophet in, but he didn't listen. He had been mesmerized by the gift. Next, the host showed me a printed copy of an e-mail the prophet had sent his office. The messaging was more than a little troublesome. He was pleading for my wisdom in the situation before it harmed his ministry. I was slow to speak" It turns out, he was off the hook because the false seer didn't show up." -- Jennifer LeClaire

Allow me to clarify this. Jennifer LeClaire ONLY shares the stage with other false teachers and prophets. Her "covering" is James Goll for heaven's sake! What she is upset about are people who are not part of their false network plying the same false tricks of the trade that she does. You see, she had to pay Goll so she could have street cred and she set up the same scam for herself. She is not going to allow some upstart who has not paid the proper tribute and cash to claim the title she has made up. Of course we are presented with this absurd dream and are supposed to believe it because after all, she is a seer. She sees wealthy angels and stalking cephalopods, so who are we to question? This is nothing more than complaining about people outside her false networks that are trying to work the same scams.

"What Does This Mean? There are many symbols in this dream, such as the old hotel with the new technology. I believe this speaks to old "false prophet" tricks in a new season. The devil doesn't really have any new tricks so he recycles the old ones in a new generation. A hotel can also symbolize a place of revelation. Remember, this is where I got the revelation that something was wrong. Next, the host was concerned he had missed it by inviting in this "prophet" and was upset about it. He had invited someone who he thought was gifted but the Holy Spirit gave him a check about it later and he felt stuck. He was looking for confirmation--looking to me for confirmation. The Holy Spirit protected him in the end as the false seer didn't come. This is a warning to the Body of Christ to know those who labor among you (see 1 Thess. 5:12). Be careful not to invite someone to your church because they dazzled you on Facebook with their spiritual gift. Character matters. If you are a pastor or an event host, you are responsible for who you bring in to speak to the people. Don't be an avenue of deception distribution by not checking out your speakers. There's a lot more to unpack in this dream but this is a lesson we should not ignore. If you've made a mistake, it's always better to stop while you can before making a bigger mistake." -- Jennifer LeClaire

What pseudo-spiritual gobbledygook. Old hotels mean revelation? Is that in 2Prevarications? The reference to 1Thessalonians does not say what she thinks. It simply says to respect those who labor among you. Jennifer is right though. Character matters. Churches and events should not invite people who set up fake schools run out of rooms at the Fort Lauderdale Airport Holiday Inn. They should not invite people who write books about imaginary angels blessing us all with money. They should not invite people who use their fake seer powers to see squid spirits. It is almost embarrassing to have to keep writing this but her ministry keeps growing. So again, please mark Jennifer LeClaire and avoid her like the plague she is upon the church today.