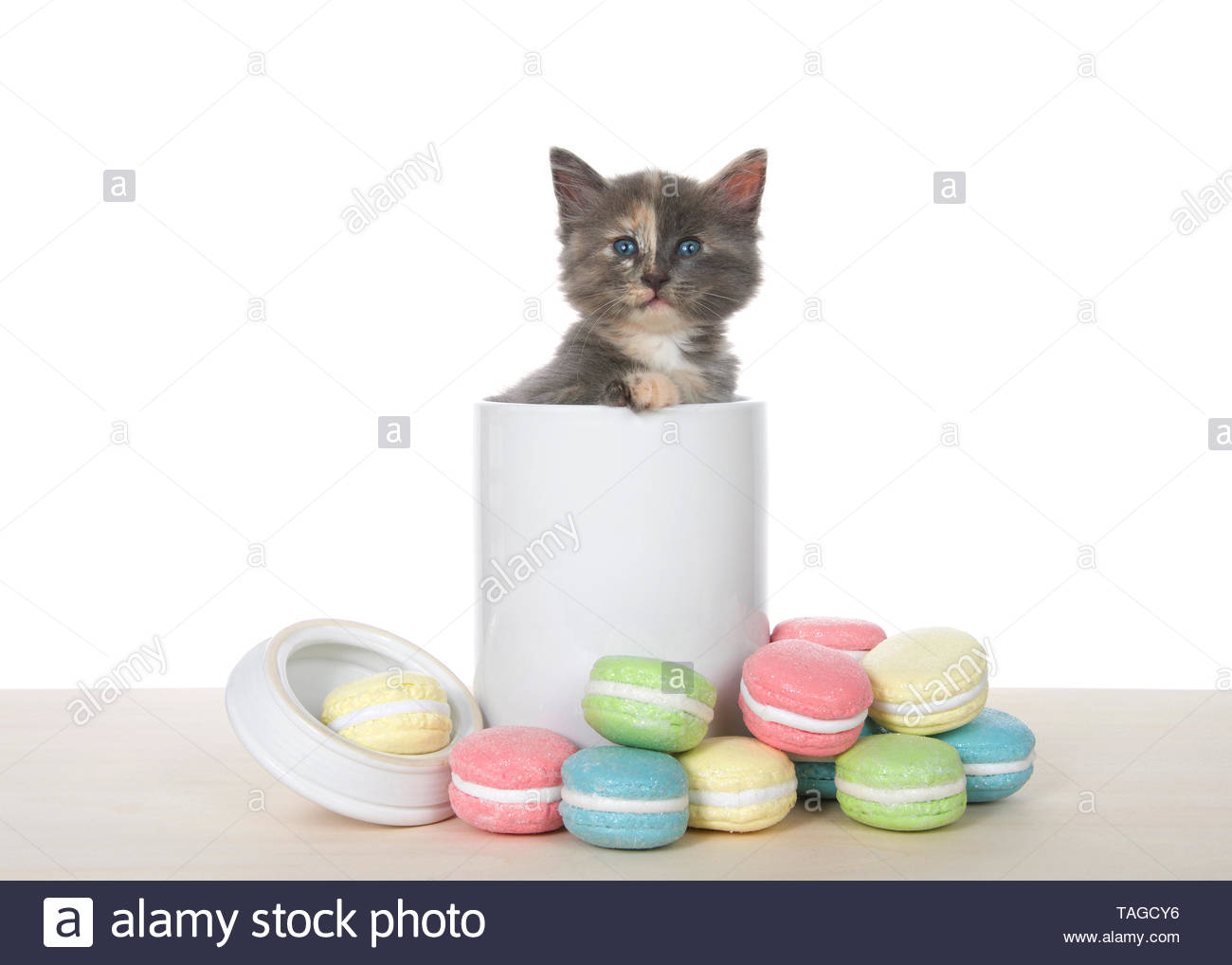 Let not your heart envy sinners, but continue in the fear of the Lord all the day. Surely there is a future, and your hope will not be cut off. - Proverbs 23:17-18 (ESV)

I prophesy kittens. No wait, sugar coated kittens! And those kittens I prophesy will appear under great big magic rainbows for each and everyone of you who hear this bold word from the throne. Those who do not hear it, ehh"not so much. Back to the kitty-kats. They will usher in an atmosphere of pancakes and unicorns! Nothing will be held back from God's children! Oh and there will be mantles everywhere! Falling from the sky! Elijah's mantle, Elisha's mantle! Deborah's mantle! You get a mantle! And you get a mantle! And everyone gets a mantle! Everyone who hears my voice will get an upgrade! God will perform suddenlies in your life! Those suddenlies will transform into immediatelies! This new season is upon us so come get your inheritance!

Now I hope it would be obvious that I am being sarcastic. If you hear someone promising you sugar coated kitty kats and unicorns I would hope you would have the sense to run out of the church you were in and never go back. The reality is however that false prophets promise just as crazy stuff as this fake prophecy and the charismatic church laps it up. One of the Queens of Crazy is Jennifer LeClaire. Now to Jennifer's defense I have never heard her prophecies include felines of any persuasion. She has however claimed that she saw a sneaky squid spirit sitting on her friend's head once and then the squid started stalking her. This was widely accepted and even defended on air by Dr. Michael Brown. She also claims to be able to release armies of angels to financially better you. Is that any more believable than rainbow clad unicorns carrying an Aunt Jemima blessing? The link above is to Jennifer's latest prophetic release so let us reason together once more beloved.

Whoa-oh! Not only are the upgrades unexpected but they are doubled! Wait, I am supposed to expect the unexpected upgrades? Won't that make them expected upgrades? I don't want to miss out on my double portion here! Look at how casual LeClaire treats the goodness of God manifest in your life. It is like having a good time at a party. This is nothing but word faith theology on steroids. Now we just have to expect God's goodness in our life and it definitely will? If I just scream at the game show board of my life: Big bucks! Big bucks! No whammys! And voila! God will fork over the big bucks. What blasphemous garbage this is. To make matters worse she tries to leverage Proverbs 23:18. I have included verse 17 in the key verses today, so we can see what God is actually saying versus what Jennifer LeClaire is lying about. Let's break this down real simple. Is Proverbs 23:18 speaking about expected upgrades? Absolutely not. The expectation spoken of here is regarding our eternal hope. Do not envy sinners but continue in the fear of the Lord! Surely there is a future! Keep your baubles from this world and your vain promises of double portions of carnal disappointment.

"I prophesy unexpected upgrades--and double-portion upgrades. You might not discern the upgrade but be assured God has your advancement in mind. Consider the upgrade reasonable, given the trial you've walked through, and look forward to it. Your expectation shall not be cut off. Patricia King prophesied upgrade at Cindy Jacobs' Deborah's women in leadership gathering in Washington, D.C. I heard it, and it resonated with my spirit. I did not know I would have a phone call two days later with Patricia in which she would prophesy upgrade personally over my life. What has manifested is a double-portion upgrade." -- Jennifer LeClaire

What a nonsensical prophelie. So, everyone who magically hears LeClaire's voice or reads this tripe will all be receiving a double portion upgrade? Notice how vague she makes it. Upgrade of what? How do you measure the double-portion? You might not be able to even discern when this alleged double portion of silliness is bestowed upon you? Even more arrogantly, LeClaire assures her followers that they deserved this double portion upgrade. It is deemed reasonable. What does Jennifer base this lie to you upon? A lie told to her by Patricia King, who is another false prophetess.

"Launching a New Season. Indeed, I just experienced an unexpected double-portion upgrade that launched a new season in my life that I didn't see coming. This is biblical. We see a number of people in the Bible who received a prophetic word that led to an unexpected upgrade. Consider Amos. He was in the field tending sheep when God called Him to be a prophet. Amos certainly did not see it coming, and he chronicled the unexpected upgrade: "But the Lord took me away from the flock, and the Lord said to me, 'Go, prophesy to My people Israel'" (Amos 7:15). What about Jeremiah? He was just a youth who loved the Lord when God encountered Him and upgraded him unexpectedly: "Now the word of the Lord came to me, saying, 'Before I formed you in the womb I knew you; and before you were born I sanctified you, and I ordained you a prophet to the nations.' Then I said, 'Ah, Lord God! Truly, I cannot speak, for I am a youth'" (Jer. 1:4-6). Both Saul and David experienced unexpected upgrades from common Israelites to kingship. The disciples were fishers and tax collectors, and they were unexpectedly upgraded to apostles. In the upper room while waiting on the Holy Spirit, Matthias was suddenly upgraded to be one of the 12 apostles who would witness to the life, death and resurrection of Christ (see Acts 1:23-26)." -- Jennifer LeClaire

Because Jennifer is a false prophet who lives comfortably from her falseness, she does not understand the true burden of a prophet. So, to her, these great prophets of old all received "upgrades" from God. Consider Amos? He was upgraded until the point he was assassinated for being a prophet. What about Jeremiah? I wonder if his double portion upgrade meant he was hit with twice as many rocks when he was stoned to death by his own people who were not really interested in what sayeth the Lord. The "upgrade" of Saul is perhaps the saddest moment in Israel's sad history. When the people rejected Yahweh and demanded a mortal king. This is not a point for celebration Jennifer. David was upgraded but had to wait many long years for that upgrade to come to pass, all the while running for his life. The apostles all died violently for their faith except John, of old age. So, maybe we can give some ground on Matthias or David but in the end these "upgrades" were historical events and not prescriptive scriptures that portend something for you or me. Just a point of clarification for Jennifer, Matthias was chosen AFTER he had witnessed the life, death and resurrection of Jesus Christ.

Jennifer closes with some barely coherent thoughts about Elijah and Elisha, the one place in the bible where the term double portion actually exists. It is not worth regurgitating here. Jennifer LeClaire is a Loony Tunes false prophetess. When she is not battling marine demons or throwing down with Jezebel, she is regaling us with fish stories bigger than the sneaky squid. Tales of double portion anointings falling from mantles in the new atmosphere. In all seriousness, LeClaire is the low hanging fruit of everything wrong with prophecy today. She does not speak for God. If she did, she would stop lying about Him and what He said. Many flock to her because they do not want to really hear from God. They want to hear about the frosted kittens and pancaked unicorns. Jennifer comes along to scratch them right where their ears itch. She tells them she has a double portion in her hands waiting just for them. What they just can't see is that a double portion of nothing, remains nothing.