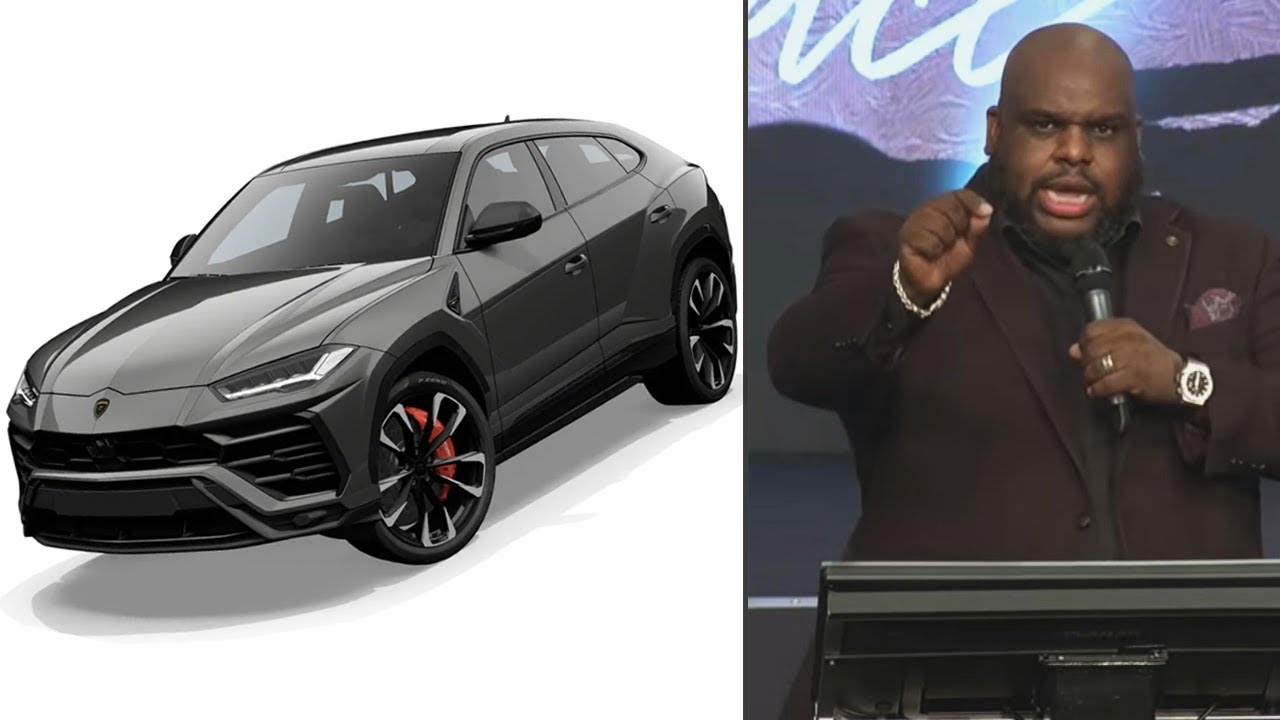 "For God so loved the world, that he gave his only Son, that whoever believes in him should not perish but have eternal life. - John 3:16 (ESV)

I want to start with a shout out to Pastor Chris Rosebrough at Fighting for the Faith, who first took a look at this horrific teaching linked above from Joel Osteen acolyte, John Gray. Rosebrough also pointed out the excellent teaching point regarding law and gospel verses that we will get into later. John Gray left Lakewood Church to take over for Ron Carpenter in South Carolina and quickly changed the name of his church to "Relentless Church" because it sounds cool. Now in his defense, John is pretty relentless about being a false teacher. He learned from the best in Osteen and carries forward into his ministry a feel good, gospel-less message where everything is positive and God is your cosmic bellhop at your service. In order to operate one of these purpose driven false churches however you must subscribe to tithing teaching and usually it is always abusive. As many know, I wrote a book exposing all of the common tithing lies. In Chapter Ten I dealt with the lies of first fruits. We know the schtick of these charlatans. They find a term that is in the bible and then mangle God's intention for that term beyond recognition to attribute it to tithing.

So yes, First Fruits is in the bible. It is a day to bring the first of your agricultural crops, not money, as an offering to God. In the Old Testament. As part of the law. John Gray however has a first fruits offering planned for his victims the week after this sermon, which is meant to prime them to reach down deep and give until it hurts. Gray makes it a point to say that this first fruits is ABOVE their regular tithes and offerings. Abusive to the core but it is worse. To reinforce this garbage, he actually uses John 3:16, the key verse for today, to display the "intentional generosity" of God. Never mind the singular text in the entire bible that encompasses the heart of God and the gospel. Never mind this passage obviously having mothing to do with giving, tithing or generosity. Or course the notion of the creator of the universe sacrificing His only Son to save is extremely generous but if that is your message than you have missed the point. If you purposefully missed that point so you can preach that John:3:16 means you sheep should give you extra money? That would be pastorally criminal.

That is because, as Pastor Rosebrough noted, John Gray took a gospel passage and turned it into a law passage. John 3:16 is actually THE gospel passage. The first fruits was part of the law. Tithing was part of the law. Now when John Gray's congregants think about John 3:16 they will think about tithing. If you think about it though this is the essential sin of tithing teachers. They take an Old Testament requirement of the law and yoke believers of Jesus Christ back to it. Paul had this problem in the church at Galatia during his day only the law principle was circumcision instead o tithing. It does not matter which portion of the law you wish to add to salvation by grace. Any part of it renders the person severed from Christ! That is what God teaches us in Paul's letter to the Galatians:

Look: I, Paul, say to you that if you accept circumcision, Christ will be of no advantage to you. I testify again to every man who accepts circumcision that he is obligated to keep the whole law. You are severed from Christ, you who would be justified by the law; you have fallen away from grace. For through the Spirit, by faith, we ourselves eagerly wait for the hope of righteousness. For in Christ Jesus neither circumcision nor uncircumcision counts for anything, but only faith working through love. - Galatians 5:2-6 (ESV)

The issue was not circumcision but rather a reliance upon the law. Simply interchange the word circumcision with tithing and you will see the point. Jesus came to break the yoke of the law from around our neck and John Gray wants to yoke it right back to you. For money. This is the same man who bought his wife a $200,000 Lamborghini as an anniversary president and then doubled down in arrogance when being called out for it. Later it was revealed that the luxury auto may have been a bribe to his wife for an affair Gray was alleged to have had. That is who is asking you to bring your first fruit, on top of your regular tithes and offerings. None of it is biblical and all of it reeks of what is wrong with so much of Christendom today.

The bottom line is I believe in giving to your local church. In fact if you find a church that preaches the true and full gospel of Jesus Christ you should give regularly and often of both your money and your time. The days grow shorter but harvesters are few. Just do not be bullied into thinking God will only bless you if you give Him His tribute of ten percent. He is not a mafia boss. Charlatans like John Gray give God a bad name by transferring their greed onto Him. Don't fall for the new Lamborghini fund.

Credentialed Minister of the Gospel for the Assemblies of God. Owner and founder of 828 ministries. Vice President for Goodwill Industries. Always remember that in all things God works for the good of those who love Him and are called according to (more...)
Related Topic(s): Faith; Tithing, Add Tags