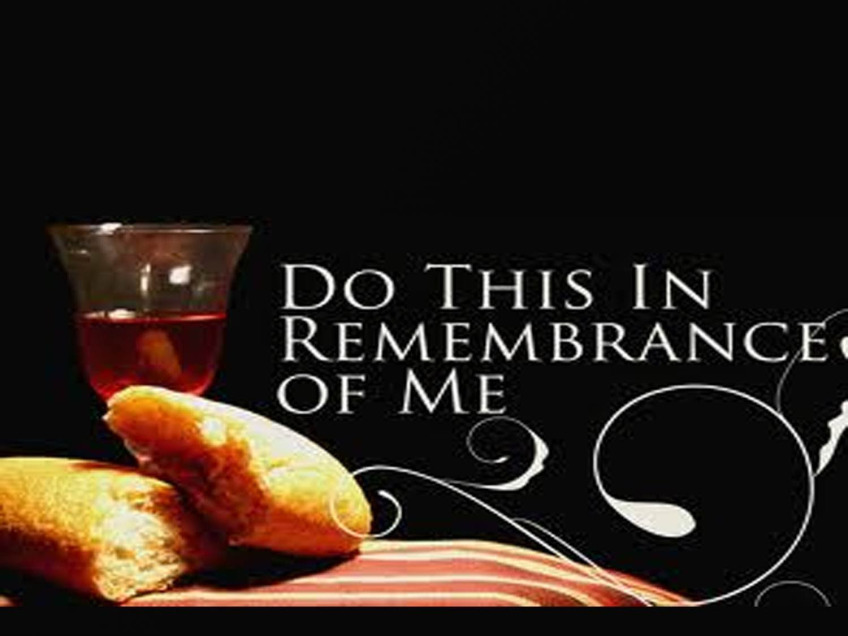 For I received from the Lord what I also delivered to you, that the Lord Jesus on the night when he was betrayed took bread, and when he had given thanks, he broke it, and said, "This is my body, which is for you. Do this in remembrance of me." In the same way also he took the cup, after supper, saying, "This cup is the new covenant in my blood. Do this, as often as you drink it, in remembrance of me." For as often as you eat this bread and drink the cup, you proclaim the Lord's death until he comes. -- 1Corinthians 11:23-26 (ESV)

I have said for some time now that Joseph Prince is perhaps the most dangerous pastor alive today. Sure, no one has done more damage to the cause of Christ then Rick Warren through his purpose driven church but Prince's preaching style is so smooth and often difficult to perceive the heresy unless you keep your bible open when listening to him. That is because so much of what he says is biblical. It is the slivers of leaven that will send you right to hell however. Prince traffics in an old heresy known as antinomianism, which declares that the law has no place in the life of a believer and everything is allowable because of greasy grace. Prince has preached that the word repent simply means to "consent to be loved." Aww"no. He openly preaches that God is never mad at us and thus, the flood was actually an act of God's love for man rather than His wrath. Perhaps one of the worst sermons I have reviewed was his "Benjamin Generation" sermon that claimed his followers would be the last generation before Jesus comes back and thus are entitled to five times as much stuff as everyone else. He also claims every sermon is directly given to him through divine revelation as Prince apparently has a bat-phone connected directly to the throne room of God. This week however he has weighed in briefly on the subject of the Lord's Supper, linked above. Let us reason together through the workings of the depraved mind of one of the worst false teachers alive today.

"We need to believe for supernatural healing from God, says Pastor Joseph Prince, and one way he says he has seen that is through partaking in Communion--specifically, consuming the elements of bread and wine." -- Charisma News

Let me state up front as I always do, that God still heals. The Holy Spirit can still give the gift of healing. That is not what Joseph Prince is teaching here. He is dabbling in what is known as divine healing. This is a heresy that robs the sovereignty of God by proclaiming God always must heal us. That we can literally prophesy healing over ourselves. Many teach that you should not even pray for healing. What Prince seems to be intimating here however is new to me. The notion that physical healing can be imparted through the ordinance of Communion. This is how narcissistic the NAR, Purpose Drive Church is beloved. That communion is now about us. I want us to read the key verses today very carefully. What part of "do this in remembrance of me" do they not understand? Communion is about Jesus and His sacrifice for us. It is a reminder of that sacrifice that marks His work until He returns again. Its has absolutely nothing to do with healing for us. It is not about us. Prince however is part of the Seeker Friendly Industrial Complex that now makes worship about us. Sermons are also about us. It is only natural that eventually everything that is about God will be corrupted into being about us.

'"A lady wrote into us talking about her husband who has been suffering from Alzheimer's for a number of years, and the doctor says, you know, conditions like this can only get worse. But ... they began to partake of the Lord's Supper every day. And she began to see a distinct improvement until the doctors themselves verified that he's free from Alzheimer's."' -- Charisma News

Ohhh I get it now. So, I am supposed to throw out what the bible actually says in favor of your vague and unsubstantiated anecdote? This is how Prince operates beloved. He insists that every sermon is directly given to him by God in order to lift his heresy up to the level of scripture. This is the same tactic the NAR uses when they promote experiential Christianity. The strategy is to reduce the objective verity of scripture in favor of what we ourselves have experienced. Even if the story Prince related is true, that does not mean we cast out 6000 years of scripture. I hate to be a Debbie Downer here but I simply do not believe him. He concludes:

'One of the reasons we aren't seeing more health today is because we live in a fallen world and are relying on natural remedies rather than having faith in our supernatural God, Prince says on the "Charisma Connection" podcast on the Charisma Podcast Network. "If we look to a natural means of receiving health, we have no answer against that which is causing diseases, which is many times caused by demons and evil spirits, and also because of the fall of man to sin."' -- Charisma News

This beloved, is exactly why Prince is such a dangerous teacher. So much of what he says here is spot on. We are not seeing better health because of the fallen state of this world. We do tend to rely more upon the solutions of the world than faith in our God. Disease can be influenced demonically and is also a result of the fall of man. This entire paragraph is essentially true -- it is just not true in relation to his premise. He offered a wildly unbiblical notion that healing can be attained through partaking of Communion. He offered no scriptural support and only gave us a single second-hand testimony as proof. Then he provides a lot of generic truths regarding healing, but they have no relevance to the premise, which remains false. If you want to see an example of the real dangers of Joseph Prince, let us keep reading what follows the key verses:

Whoever, therefore, eats the bread or drinks the cup of the Lord in an unworthy manner will be guilty concerning the body and blood of the Lord. Let a person examine himself, then, and so eat of the bread and drink of the cup. For anyone who eats and drinks without discerning the body eats and drinks judgment on himself. That is why many of you are weak and ill, and some have died. But if we judged ourselves truly, we would not be judged. But when we are judged by the Lord, we are disciplined so that we may not be condemned along with the world. -- 1Corinthians 11:27-32 (ESV)

Gulp. Whoever eats the bread and drinks the cup in an unworthy manner is guilty concerning the body and blood of the Lord! They eat and drink judgment upon themselves! We are talking about the penultimate sacrifice. God sacrificing His only Son for our sins! Examine yourself! This is the time to remember what the Lord has done, which is die for our sins. It is time to repent of any sins we are currently unrepentant for. God will not commune with sin! Prince however discards all of this and is teaching us that if we are sick to eat and drink judgment upon ourselves every single day because after all, it is always about us. Nothing is left holy anymore before the Lord when it comes to the NAR purpose driven mindset. This is a glaring example of why we are to test everything and do the noble work of a Berean. This is why we mark false teachers like Prince and avoid them like the plague upon the church that they are.