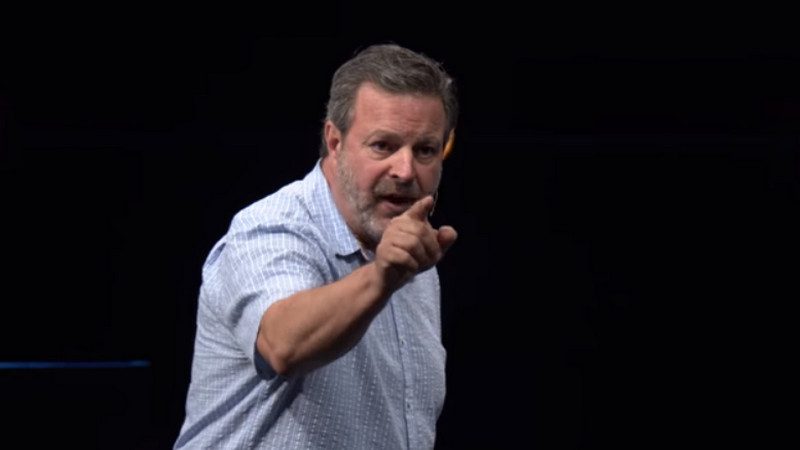 HOW I PROCESSED MY INACCURATE PROPHETIC WORD (YOUR TOP QUESTIONS ANSWERED) (krisvallotton.com)

They just will not go away. The gaggle of false prophets who were exposed this past election just refuse to accept the fact that they no longer have any standing to prophe-lie. Many are refusing to accept that they were wrong but even those that are willing to apologize do so with couched language and poor biblical understanding that allows them to think that they can just move on with their fake ministries. One such false prophet on the apology tour is Kris Vallotton. Like the gaggle, Vallotton prophesied that Donald Trump would win reelection, which he just missed by seven million votes. At the above link Vallotton goes into two questions he claims he is receiving in the aftermath of the election. We will focus on the first question:

ARE YOU STILL A PROPHET, EVEN THOUGH TRUMP ISN'T OUR PRESIDENT?

If you understand the bible, you know the answer to this question is no. The current apostate church has a false prophecy industrial complex that generates untold riches and fame for people willing to simply pretend they hear from God. Now maybe some really believe they are but it maters not. What matters is the bible does not differentiate between the Old and New Testaments when it comes to how we discern false prophets and how we are to treat them. How to discern is found in the key verses and God makes it easy for us. If what the person claims does not come to pass, then they shall be considered false and can be dismissed. This tends to make sense if you really think about it. These people are claiming to hear directly from the Lord. God does not stutter. He is not unclear. This was also not a very complicated matter. It was a 50-50 chance! Either God said Trump or He did not. This is like when false apostle David Taylor claimed God told him the Broncos were going to win the Super Bowl and they lost by 35 points! So no, Kris Vallotton is not a prophet, not that he ever was. Let us quickly reason together through his summary for this question above.

"I want to bring some clarity on the prophetic ministry and what's happening in our country. 1 Corinthians 14:29 says, "Have two or three prophets speak, and have the others pass judgment." God gave us a way to judge prophecies because He didn't expect people to be infallible. God put checks and balances into the body of Christ." - Kris Vallotton

So the guy who missed a 50-50 prophesy about this country wants to provide clarification about prophetic ministry and what is happening in this country? No thanks. It would seem that those are the two areas you have the least credibility in. That aside let's deal with the notion he offers that God gave us a way to judge prophecies because He did not expect people to be infallible. Is that true? Of course not. What about the Old Testament prophets? Was God expecting them to be infallible? No. He was just expecting them to tell His people what He had said. You see, God is not fallible at all. Now let's take a look at the scripture Vallotton references, which is used by all false prophets today to explain away their falseness.

Let two or three prophets speak, and let the others weigh what is said. If a revelation is made to another sitting there, let the first be silent. For you can all prophesy one by one, so that all may learn and all be encouraged, and the spirits of prophets are subject to prophets. For God is not a God of confusion but of peace. - 1Corinthians 14:29-33 (ESV)

This is speaking about the order of worship with a church service. So the first instruction is that no more than two or three should prophesy in a given service. Their words are to be weighed by the others. How are we to weigh it? Against the word of God! The notion that prophets being subject to prophets means they are free to police themselves is ludicrous. God is not a God of confusion and placing one deceitful heart in charge of another only guarantees more deceit. No beloved. The spirit of prophets today are subject to the prophets that came before them. The standard has not changed. The checks and the balances are found in the word of God, not the people of God.

"In the New Testament, there's nowhere that says getting a false prophetic word makes you a false prophet. It's all about the heart! False prophets are people who lead people astray on purpose." - Kris Vallotton

Just consider the sheer idiocy of saying that someone who prophesies falsely should somehow not be considered a false prophet. Kris also seems to have forgotten about divine inspiration which says the entire bible was written by God. There is only one author! There is no delineation between Testaments. So unless the New Testament specifically changes the standard there is no change. Why would there be? Just think for a minute how dangerous Kris' proposal is here. That the only thing that would lead someone to be considered false is if they purposefully spoke falsely. Would God leave something so important up to something so murky? Not at all. The standard has not changed. If you say you heard from God, then you better be right.

"When I realized I got the prophetic word wrong about Trump, I asked the Lord what should I do; He told me to apologize, not contend. I had to be true to what I felt the Holy Spirit said to me. I feel like the Lord is cleansing all areas of culture, including the prophetic movement. He's pruning us to become noble people that live with convictions." - Kris Vallotton

Except it is not. When a false prophet lies he infects believers with false words that God never said. The maniacs who stormed the US Capitol and murdered a police officer on the way in actually stopped in the well of the Senate and prayed to Jesus Christ thanksgiving for their success. Think about how profoundly sad that is but realize that their level of confusion was a result of someone falsely teaching them. We speak about false prophets often devoid of the fact that they have victims. People who never return to church after believing God lied to them, never realizing it was just the deceitful heart of a carnal man, pretending to hear from God.

Credentialed Minister of the Gospel for the Assemblies of God. Owner and founder of 828 ministries. Vice President for Goodwill Industries. Always remember that in all things God works for the good of those who love Him and are called according to (more...)
Related Topic(s): God; Prophet, Add Tags