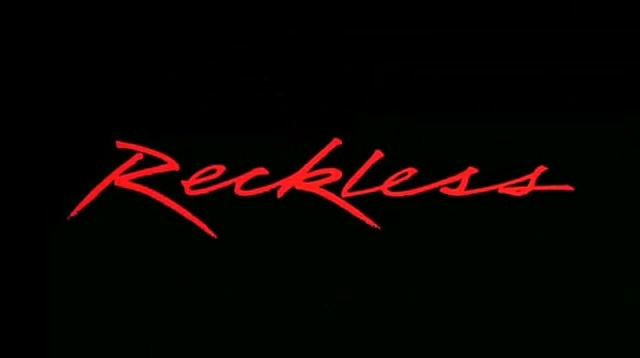 But understand this, that in the last days there will come times of difficulty. For people will be lovers of self, lovers of money, proud, arrogant, abusive, disobedient to their parents, ungrateful, unholy, heartless, unappeasable, slanderous, without self-control, brutal, not loving good, treacherous, reckless, swollen with conceit, lovers of pleasure rather than lovers of God, having the appearance of godliness, but denying its power. Avoid such people. -- 2Timothy 3:1-5 (ESV)

Writing for a discernment ministry means there is usually a voluminous amount to cover. Sometimes stories are important but too small to cover or get drowned out by the latest attack of the Marine Demons! So I usually try and remember these issues and collectively deal with them. It is not that the stories were not important beloved. It was just that I did not think I would get two pages out of each, so combining the coverage makes the most sense.

First up today is the popular modern worship song, Reckless Love. I have received several inquiries from Christians regarding this song and more specifically if it is right to call the love of the Father, reckless. Let's start with the basics. This song was written and released by Bethel Music. As we know, Bethel is a cesspool of false doctrine and believers should want nothing to do with anything that comes out of there. These are the end days beloved. We need to be mindful of what we follow and what we implicitly endorse. Secondly however, the lyrics are a mess. This is another in a long line of contemporary worship music that worships self instead of God. This essentially is a song about God chasing me down. How great I must be for God to be pursuing me so recklessly. God is not however, "giving Himself away" as the lyrics state. It is taking the parable of the 99 and 1 and placing it on steroids. The real problem of course is the use of the word reckless. Here is the defense from one of the songwriters:

When I used the phrase, 'the reckless love of God,' when we say it, we're not saying that God Himself is reckless, He's not crazy. We are, however, saying that the way He loves, is in many regards, quite so. But what I mean is this: He's utterly unconcerned with the consequences of His own actions with regard to His own safety, comfort and well-being. ... He doesn't wonder what He'll gain or lose by putting Himself on the line, He simply puts Himself out there on the off-chance that you and I might look back at Him and give Him that love in return. His love leaves the ninety nine to find the one every time and to many practical adults that's a foolish concept. Well, what if He loses the ninety nine in finding the one, right? What if, finding that one lost sheep is and always will be supremely important? -- Corey Asbury

Yeah, you see words have meanings Corey. When your hook is that God's love is reckless, you are saying He is. The way God loves us is not crazy either. Stop making the creator of the universe look like a wallflower at an eighth-grade prom! Your exegesis of the 99 and 1 is lacking. The one wandered off. The 99 did not. God is God. Our focus needs to be on the 1. God knows whether the 99 will walk away while He is gone. You act as if pursuing the 1 was reckless to the 99 and that parable does not support such foolishness. Let's put this to sleep biblically. The key verses today describe what people will be like in the last days within the very church itself. These are not positive traits beloved. Proud, arrogant and disobedient. Unholy, heartless and brutal. These are NOT characteristics associated with God and guess what is right in the middle of these descriptors? Reckless. Case closed.

Then we come to the curious case of Joshua Harris. I say curious because so many in alleged Christian leadership were blindsided by Harris declaring that he was no longer a Christian. Curious because the please I read were from apostate Christian leaders and therein lies the rub. We are looking at the Harris situation incorrectly. He is a victim beloved. Harris was raised in Churchianity, which means he was probably never saved at all. He wrote a book called I Kissed Dating Goodbye in the late 1990's. This book sold over a million copies and some say started the purity movement in churches. Fast forward 20 years and he is separating from his wife and renouncing Jesus Christ.

This is nothing new beloved. Lisa and Michael Gungor won multiple Dove awards for their Christian music, including co-writing Friend of God but now both are out of church and Michael has declared himself an atheist. The other co-writer, Israel Houghton, thought nothing of having an affair and leaving his wife either. Christian rappers Andy Mineo and Jahaziel also left the faith completely disillusioned. Then there is mega church star Rob Bell who woke up one day and decided everyone was getting into heaven. These are all victims of a false religion masquerading as Christianity. The purpose driven church system drives people away from Christ. Salvation has been dumbed down to an 8-word sentence and then like magic you are declared saved. Repentance? Nah, not needed. Carry your own cross daily? That's for suckers. Nope, just fill out a SHAPE application so they can plug you into your divine calling managing the Parking Ministry in exchange for eternal life.

Except they cannot grant eternal life. That is why so many will stand before Jesus on the last day and say Lord Lord. That is why so many become disillusioned. I do not blame Joshua Harris. How could you? The things of God are foolishness to him. Sure it produced a great life and much success but in the end he had to realize that he was not what he was proclaiming to be. Because he never was. I am just amazed at the utter disconnect. Larry Tomczak, chief NAR apologist from Charisma News, wrote a plea to his friend Joshua Harris. In it he said:

'Josh, you're very familiar with the importance of maintaining a biblical worldview amidst the avalanche of ungodly pressures causing discouragement, deception and many Christians to be derailed today. Your relocation to Canada exposed you to an even more liberal culture, which I experienced firsthand in ministering there last year. "Take heed to yourself and the doctrine" (1 Tim. 4:16) is critical for you and me to "finish well" and avoid being one of the casualties prophesied in 1 Timothy 4:1a, "Now the Spirit clearly says that in the last days some will depart from the faith and pay attention to seducing spirits."' -- Larry Tomczak

No Larry; you just don't get it. Canada is not the problem. YOU are. You are admonishing someone for not taking care of their doctrine? Seriously? All you do is whore yourself out for politics and promote the NAR but you are so blinded by your idolization that you cannot even see how you are culpable for Joshua Harris. You played the game along with him that he was saved when he never was. Yes, Joshua Harris was seduced by the spirits of this world but no more than you are Larry. At least Harris had the guts to own up to the game he was playing.

Credentialed Minister of the Gospel for the Assemblies of God. Owner and founder of 828 ministries. Vice President for Goodwill Industries. Always remember that in all things God works for the good of those who love Him and are called according to (more...)
Related Topic(s): Christianity; Faith, Add Tags