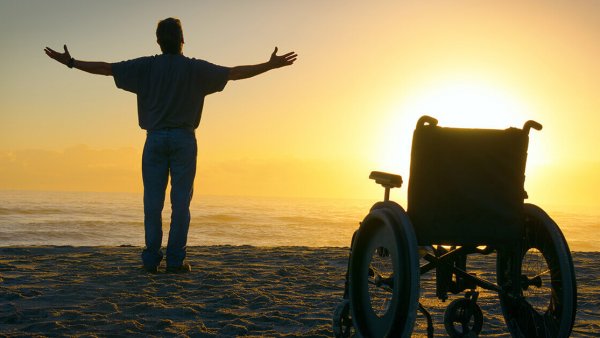 I will ascend above the heights of the clouds; I will make myself like the Most High.' -- Isaiah 14:14 (ESV)

For God knows that when you eat of it your eyes will be opened, and you will be like God, knowing good and evil." -- Genesis 3:5 (ESV)

It is the oldest sin recorded in the bible. The sin of Lucifer. It is the same sin he then offered to Eve. To be like God. So many sins and heresies we see today are still born from this Luciferin sin. At the heart of the word faith heresy is the belief that our own words can create. Many in this sect, including Creflo Dollar and Joyce Meyer have professed that we are in fact little gods. Others, like the late Myles Monroe, taught that God cannot even move on the earth without our permission. Another popular heresy is known as divine healing. This aberration is taught by Bethel, IHOP, the NAR and most of the false signs and lying wonders churches. This belief says that God must heal us, always. That it is somehow our right obtained by Jesus on our behalf at the cross. It removes God as the arbiter of His own sovereignty. It again believes our words our faith create the reality of healing. It is straight from the pit of hell and is still the Luciferin sin all over again. It is the height of arrogance for the created to usurp what belongs solely to God. the above link is to a very short article on Charisma News regarding yet another false healing teacher who is not shy about usurping the power of God. Let us reason once more:

I have only mentioned Kibler once before in passing but he is now being more mainstreamed by the home of the Sneaky Squid Spirit, Charisma News. Here is a basic hermeneutics lesson. Who is Jesus? If you answered God, give yourself a gold star. Did Jesus have the power to heal? Of course He did! He is God! So when Jesus sees the sick, He can command the healing. The problem is that Jim Kibler is not God. Despite how much he apparently thinks he is! The unbridled arrogance to think he does not even have to pray! If everyone gets healed at his church, why doesn't he bring the media in? Why doesn't he take these phenomenal gifts to the local emergency room? Where are the documented healings?

'"On the "Receiving From God" podcast on the Charisma Podcast Network, Kibler goes on to share how he healed someone's back and restored a woman's eyesight--all without prayer.

"You know, once you see a miracle happen right in front of you, one of these kaboom-type miracles, I'm telling you what: Your life is never the same because at that point, you don't have to believe that God exists," Kibler says. "You don't have to try to believe, try to have faith in God; you know He exists. You know it."' -- Charisma News

Yeah, no. Kibler is just another in a long line of hucksters and charlatans peddling the word of God for profit as the bible warns us. He is the same as Bill Johnson wearing prescription eyeglasses while selling divine healing. He makes grandiose claims that have no proof and shipwrecks the faiths of countless who will not be healed after being promised that its guaranteed. Beloved, God is sovereign. Can He heal? Absolutely but it is His choice. Can we petition the Lord for healing? Absolutely; that is called prayer. Regardless of the answer, He remains a good God and Jim Kibler remains a lying fake healer.