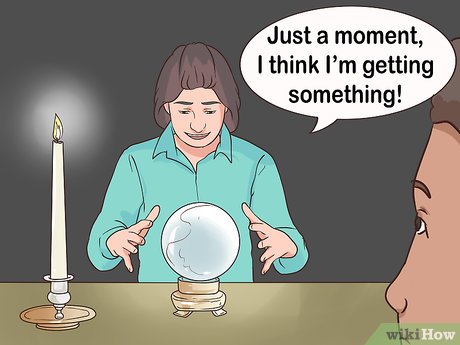 I had someone ask me the other day if I believed in the Charismata, that is the gifts of the Holy Spirit. In this day and age, we are used to only two answers - yes and no. It seems you are either a cessationist or a continuationist but there is a deeper conversation in the middle that few are having. I believe any unbiased reading of scripture must conclude that the gifts were indeed for the church age. The notion that God would include such detail when it would only stand for 50 years or so (until the death of John around 100 AD) does not pass the commonsense test. That said, I understand why cessationists believe as they do. I understand that when you look out across the Charismaniacal landscape that it easier to believe the gifts have ceased than it is to try and explain what passes for the gifts today. The middle ground position I believe in is that while I believe the gifts are for today, very few churches have genuine manifestations of those gifts in their churches within this country. Considering the false gospel infecting the apostate church it should be of no surprise that the Holy Spirit does not move there. Most try to create a presence of God by seeking emotional responses from their congregants while pretending it is a move of the spirit. A true spiritual move does not need fog simulators, disco lighting, countdowns, or any number of other carnal tricks employed by "worship" teams in this country today. Likewise, we have well trained pastors. They have attended seminary in many cases. They have learned how to structurally put a sermon together. They have public speaking chops too. Without the true gospel however, they are reduced to nothing more than a motivational speaker imparting self-help themes to people who cannot possibly help themselves to begin with. Amidst this playing church we see an overemphasis on the alleged "supernatural"; such as false signs and lying wonders. Some of those false signs are indeed false manifestations of the gifts of the spirit. In many cases I feel badly for the ministers in question because this is how they have been taught. The problem however is they do not read their bibles to receive the truth from the real spirit of God. I say this as a backdrop to the story linked above. In this one short story we can easily see how pastors abuse the gifts of the spirit. Let us reason once more together.

"I was getting ready for the day and suddenly, out loud, I said, "hemophiliac." I almost ignored it, but then I realized it was the Lord speaking to me. He was giving me a word of knowledge for someone who would be attending the service in which I would soon be preaching." - Linda Budd

Now in fairness, there is very little written about the word of knowledge gift. That does not mean however that we get to make it up as we go. This is the current trend set by false prophets in the industry. The take one word and pretend God "gave it to them" to ferret out someone in the crowd. Except the entire premise is absurd. Remember this is supposed to be a word of knowledge, not ambiguity. Does God stutter? Does He speak in hushed tones? Is He in the business of confusing us? What is this game Linda Budd believes God is playing with her? Understand that what Linda Budd did is no different than any knock-off psychic. You throw something out there and see if someone responds. If they do, bam! You have an instant word of knowledge! If no one persisted in answering she would have lowered her ask to someone who might have a blood issue or know someone who did. If that failed, she could have easily moved into those working with blood, such as nurses. Eventually, someone will bite and when they do Budd can pretend that word was specifically for them even though the initial word was hemophiliac. Now, the way most believe a word of knowledge is to work is for God to reveal to someone a truth about someone else, specifically. So, if Linda Budd walked into the room and pointed to a woman in the third row and said, "God showed me that you or someone you love has a blood condition you need prayer for" and it was true? That would have been a word of knowledge. Saying one general word, no matter how specific, to everyone and asking for a response is a parlor trick and not a gift of the spirit.

'Why would I suddenly say this word? The funny thing is I didn't even know what it meant, but thank God for Siri. I quickly discovered that hemophilia is a problem with the blood clotting properly. So that night after I preached, I released this word of knowledge. I believe, like the apostle Paul, that signs and wonders follow the preaching of the Word. At first, no one responded. My husband, who was sitting in the front row and listening to me preach, said, "Linda, stay with it." I had every intention of doing so. So, I continued to ask, "Does 'hemophilia' mean something to someone? Does someone have a problem with your blood clotting?" Finally, a young mother spoke up and said, "My daughter was diagnosed with sickle-cell disease, but she has no symptoms." I rose and declared over her, "She will never have any symptoms of sickle cell, and her blood will always clot properly. You do not have to worry about her future. She is healed in the name of Jesus."' - Linda Budd

So God gave you a word of knowledge that you did not understand the definition of? I just find it amusing that Budd thinks she "released" a word she did not even understand. Ok, moving past that there are several larger problems with this little story. First is the fact that we do not have the ability to declare and decree anything. I certainly pray that this woman's daughter never develops any symptoms because if she does now, her faith could be destroyed thanks to the arrogance of Linda Budd. I say arrogance because facts are stubborn little things and Linda Budd could have done some simple research to discover that sickle cell anemia has nothing to do with hemophilia. Remember the alleged "word of knowledge?" It was hemophiliac. A person who suffers from hemophilia does indeed have trouble with clotting, which leads to excessive blood loss. A person suffering from sickle cell anemia however has a deficiency in red blood cells, which carry oxygen throughout the body. So, when Budd "decreed" that this woman's daughter will never have symptoms of sickle cell and her blood will always clot properly, she fails to see how ignorant she sounds. Never lose sight of the delicious irony of this being offered as a "word of knowledge." Just horrible.

"The Bible says, in Job 22:28, "Declare a thing, and it will be established." I encourage everyone who is reading this message to arise in faith and grab hold of God. Declare your healing today. He is a healing God, and He died so that you would not have to agree with the devil and keep any sickness the enemy puts upon you. Receive your healing and deliverance now in the name of Jesus! "Thou shalt also decree a thing, and it shall be established unto thee: and the light shall shine upon thy ways" (Job 22:28, KJV)." - Linda Budd

Linda Budd, pastor inspired by the heretical Toronto holy laughter perversion, finishes by butchering the word of God. The 22nd chapter of Job is Eliphaz speaking about the wickedness of Job. The 28th verse does indeed say that thou shall decree a thing and it shall be established unto thee but to understand the context we have to go back to the key verse for today, verse 21. If we come into agreement with God, we will find ourselves at peace and thereby good can come to us. So, when you decree something, it better be aligned with the word of God! Otherwise it has no chance of coming to pass. You cannot just randomly select one verse from a complex story and declare that it now magically applies to everyone living today! The final heresy Budd traffics in here is the notion of divine mandatory healing, which is simply not supported biblically. The fact that God CAN heal does not mean He must. To pretend otherwise is an affront to God and tries to rob Him of His sovereignty. It is the same sin that caused Lucifer to be cast down and then the same sin he later tempted Eve with. To be as God. Be on the lookout beloved for the false signs and lying wonders as they will only increase as we head deeper into these end times.

Clairvoyance is not prophecy. Fragmented word games are not words of knowledge. Hold your bible up to any claims and as for Linda Budd? Mark and avoid.