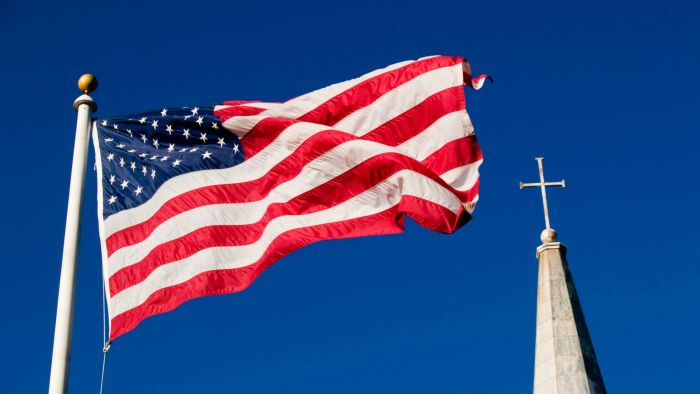 Every word of God proves true; he is a shield to those who take refuge in him. Do not add to his words, lest he rebuke you and you be found a liar. - Proverbs 30:5-6 (ESV)

The NAR dominionist heresy has so infected the church that it does not even blink when committing sin or even blasphemy. It must be difficult for people churched in churches that do not behave as churches are designed to by God. Churches that do not teach the word of God and replace it with damnable heresies that tickle the ears and send the hearers to hell. Teachers that teach you are little gods, have the power of creation in your mouth, or that your experience is equal to scripture. Churches that teach the bible is a bad thing. A box to contain your freedom and rights. A church that uses false signs and lying wonders to wow the crowd, while they fleece them with their other hand. Churches such as Bethel in Redding California and worship leader/wannabe politician Sean Feucht. You may remember him from leveraging the pandemic to further his career by doing faux worship concerts after George Floyd's murder or his failed run for Congress on the platform that the government was evil for trying to stop the spread of the COVID. This may sound all bad for Sean, but don't you worry because he was able to use these things to increase his "ministry" income from $200,000 to 5.3 million dollars. Mind you, he is the only "employee" of his ministry. So, having carved out this Christo-political niche, Feucht doubled down this past week by retweeting an absurd tweet from Florida Governor Ron DeSantis:

Beloved, if you can read this and not shudder in disgust than I fear for what you are being taught as well. God did not give us His word to twist, manipulate and change to suit anything, let alone our carnal political desires. The key verses warn us to not add to the word of God, lest He rebuke you and you be found a liar. Beyond Proverbs we find similar warnings from Deuteronomy to Revelation. Examining what DeSantis did here reveals deeper problems. These are fantastic verses that warn us about our true enemy, the devil. The "left" or people who you deem "woke" are not your enemy! They may in fact be your mission field! The true enemy uses false theologies like dominionism to turn the church against the very people who may need the gospel the most! Ron DeSantis does not care one whit about the cause of Jesus Christ but he wants to be president and he knows he cannot get there without the church vote. The flaming arrows come from the devil. The shield of faith protects us from his lies, not the schemes of one political party. This retweet caused God TV of all places to call him out:

I commend God TV for almost getting it all right. It is blasphemous! The whole point of the verses about the armor is that our battle is NOT against flesh and blood, such as a political party, but rather against Satan! Using God's word for man's purposes is extremely unwise! God TV is spot on for remembering that Eve fell because of a subtle twisting of the word of God. That said, God TV is of course wrong that we "should be involved politically." This is trying to have your cake and eat it too. Our citizenship is in heaven and neither carnal party cares for Christ. Maybe you can try to discern the lesser of two evils but at the end of the day you still end up supporting evil. Not a good look for a Christian. The other thing God TV did wrong here was to try and be friends with the blasphemer. Sean Feucht knew exactly what he was doing and clapped back at God TV hard:

"It's time to tell the truth about some people in the church. They are desperate to be liked by the left despite everything they have said about Christians. They call us bigots, racists, etc."and some, like GOD TV, want to apologize. They have gone full woke. They don't have the guts to be honest about what some crazy politicians want to do to our country." - Sean Feucht

Only in the American church can someone who just used Christ to increase his income by 31,000% in one year, including buying two spectacular properties, pretend he is actually the victim. Those mean lefty people called me names. Weren't these the people complaining about snowflakes a few short years ago? Beloved, no one has gone "full woke." God TV is no better theologically but at least they drew the line at rewriting scripture! Why would we expect someone like Feucht, taught by Bill Johnson, care about mangling the bible! As bad as God TV might be, they did not say we should apologize for being called bigots and racists. They said Feucht should apologize for his blasphemy! Feucht went on to tell churchleaders.com:

"[God's people] have a mandate, according to scripture, to tear down every ideology or principality that sets itself up against the knowledge of God. How more so an ideology that attacks our family, that attacks our children, that attacks the divine design of the Lord for people and how they are created. You know, not only abortion, but with the sexualized agenda to confuse kids and mutilate kids. How much more so should we attack that ideology and expose it, as it is a thing of evil." - Sean Feucht

Sigh, the verse Feucht vaguely references here has absolutely nothing to do with what he used it for. We do not have the mandate he pretends to have hear. Paul is teaching us in our own lives to take every thought contrary to His word and make it obedient to Christ. The context shows Paul teaching against walking according to our flesh, the opposite of what Feucht is saying. God TV tried to sound reasonable and Sean Feucht spit in their face. They claimed Feucht has an incredible gift to spread God's love through Jesus our Messiah but that is not Jesus who Sean Feucht serves. If he did, Feucht would not be so quick to defend blaspheming Him. Mark Sean Feucht and God TV and avoid them. Do not follow any politician, woke, sleeping, or mangling the word of God.

Credentialed Minister of the Gospel for the Assemblies of God. Owner and founder of 828 ministries. Vice President for Goodwill Industries. Always remember that in all things God works for the good of those who love Him and are called according to (more...)
Related Topic(s): Evangelical, Add Tags