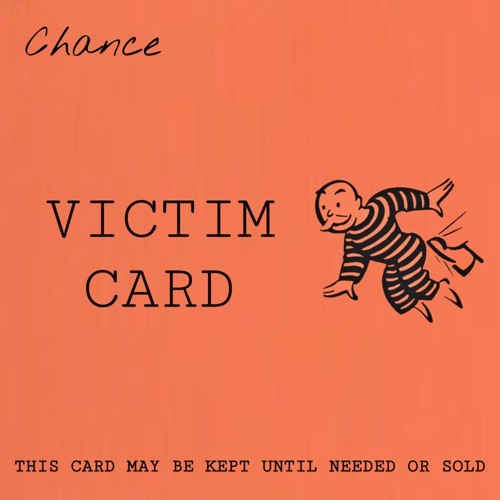 Then he said to them, "Nation will rise against nation, and kingdom against kingdom. There will be great earthquakes, and in various places famines and pestilences. And there will be terrors and great signs from heaven. But before all this they will lay their hands on you and persecute you, delivering you up to the synagogues and prisons, and you will be brought before kings and governors for my name's sake. This will be your opportunity to bear witness. Settle it therefore in your minds not to meditate beforehand how to answer, for I will give you a mouth and wisdom, which none of your adversaries will be able to withstand or contradict. You will be delivered up even by parents and brothers and relatives and friends, and some of you they will put to death. You will be hated by all for my name's sake. But not a hair of your head will perish. By your endurance you will gain your lives. -- Luke 21:10-19 (ESV)

Right now there is a Middle Eastern Christian facing immediate beheading for not renouncing Jesus Christ as God. Right now, there is a Christian Chinese family attending an underground church where they only read and are in possession of one bible chapter at a time for safety. Right now there is a NAR Christian being asked to tolerate a town square without a nativity scene. I am reminded of that old Sesame Street song, "One of these is not like the other." In all seriousness, I had done a very short piece the other day regarding the fact that the current administration had actually not done anything about prayer in school. This despite the reports from all of the sycophants, including many alleged Christian leaders like James Dobson and Franklin Graham. All the president did was reaffirm the allowance for prayer in schools, which has always existed. Nothing changed. Well the NAR dominionist crowd went nuts. The usual whataboutism games were implemented and a fun time as had by all. Except I left the discussion with a dreadful feeling in the pit of my stomach because it became increasingly clear that people who fancy themselves Americans in this country have no idea what persecution really is. I thought it best to write a little bit about this topic because real persecution is coming beloved and if you are not ready for it, you will find yourself aligned with the apostate church to avoid it.

It is not persecution when your Walmart greeter says Happy Holidays. Nor does that mean there is a war on Christmas. The forbidding of group prayer before a high school football game is not persecution. Doesn't the bible teach us to not pray as the heathen would, loud and demonstrably? What does real persecution look like then? Paul shows us:

Are they servants of Christ? I am a better one--I am talking like a madman--with far greater labors, far more imprisonments, with countless beatings, and often near death. Five times I received at the hands of the Jews the forty lashes less one. Three times I was beaten with rods. Once I was stoned. Three times I was shipwrecked; a night and a day I was adrift at sea; on frequent journeys, in danger from rivers, danger from robbers, danger from my own people, danger from Gentiles, danger in the city, danger in the wilderness, danger at sea, danger from false brothers; in toil and hardship, through many a sleepless night, in hunger and thirst, often without food, in cold and exposure. And, apart from other things, there is the daily pressure on me of my anxiety for all the churches. Who is weak, and I am not weak? Who is made to fall, and I am not indignant? -- 2Corinthians 11:23-29 (ESV)

Imprisonments for the cause of Christ. Countless beatings near death for the sake of the Gospel. Forty lashes five times from his own people. Nearly stoned to death once for Jesus. Three times shipwrecked including being lost at sea for a full day and night in the pursuit of spreading the Gospel message. In danger from rivers and robbers. From false brothers and his own people. In the city and in the wilderness. Sleepless nights, hunger, thirst, no food, cold and exposed to the elements. All for Jesus. Now tell me again how persecuted you are for being asked to bake a cake. When your profession is a baker. I am not going to relitigate that case because I wrote about it already in my "Sinners in the Hands of an Angry Baker" devotional. Feel free to look it up. The point being that self-expressing Christians need to stop playing the victim in the one country that allows the most religious freedom on the planet. It is not a theocracy nor was it ever such. America is not under covenant with God and most of the founding fathers you would not even consider your brother today, so please, enough.

The "under God" portion of the Pledge did not exist before the Red Scare days of the 1950's so stop pretending you are being persecuted if people want it removed again. Making unsaved people say "under God" does not mean they are under God. It was during the same Red Scare that the national motto of E Pluribus Unum was changed to "In God We Trust"; so please stop acting persecuted if some people want it changed again. Having the phrase on our money does not mean anyone is actually trusting God. Meanwhile, in Nigeria, Boko Haram exists solely to stop any Christian or western education in the country. They regularly kidnap young women. Likewise, in Egypt, Coptic Christian women are targeted for kidnapping, forced conversion to Islam and sold into sex trafficking. It was just reported yesterday that a Nigerian pastor was executed for his faith. Are we starting to see a difference yet?

Beloved, we live in the end times. The bible tells us that there will be a one world religion in the end that will persecute the remnant of believers. Real persecution is on the way. The key verses are from the mouth of Jesus warning us what to expect. We have already seen nations rise against nations and kingdoms against kingdoms. Earthquake frequency continues to exponentially increase. Terrors and great signs from heaven are on the way! Before however, they will lay hands on believers. They will persecute us, deliver us into prisons, and we will be brought before kings and governors. This will be our chance to bear witness as Paul did before Herod. We can expect to be betrayed by our parents, brothers, relatives and friends. Some of us will even be put to death. Oh beloved, persecution is coming. What Jesus describes here is already happening to our brothers and sisters across the globe and we can expect to come to our shores as well. It will steamroll over us if we are so easily triggered now by a secular, carnal, pagan society behaving as such.

I had someone give me the carnal definition of persecution, which included "harassed" as their defense. We do not use words as the world does. The definition of persecution is in the key verses and in Paul's description of his life in Christ. The problem is the purpose driven industrial complex has created a generation of falsely converted snowflake Christians who have been taught nothing but puppies and pancakes from the pulpits of America. Someone wouldn't let you display your bible on your desk at work? Hurry and call Jay Sekulow! Your kid's school does not allow the singing of Christian hymns at Christmas? Oh the travesty upon our faith!

Sorry for the sarcasm but it is time to come out from among all them. Even the ones that stand next to us and swear fealty to our Lord and Savior while clearly idolizing this country and this world. This NAR dominionism is spreading like a cancer throughout the church in this country and it will only get worse as we head into election season. They will play the victimization card against you that you will feel like it's you against the heathen world. Their Savior however is never Jesus. Their answer will be just a man. Just another politician. He can solve nothing and save no one. The proposed solutions will all be carnal in nature. They must be because they themselves are carnal in nature and the things of God are foolishness to them that are perishing. It is time to stop fretting about bakers and florists. The steamroller is coming.

The Value of Our Offense - The Cost of Unforgiveness (34956 views)

When Personal Worldview is More Important Than Truth (31091 views)