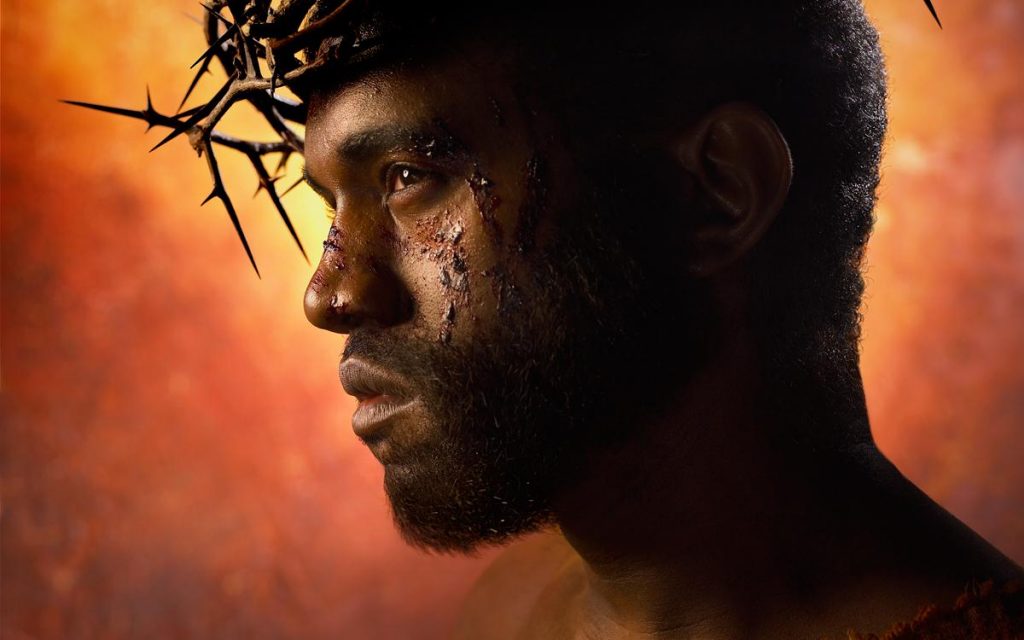 Sometimes things occur in Christendom that I hope I just do not have to weigh in on. Low hanging fruit that I pray the church can discern for itself. When a false prophetess like Jennifer LeClaire claims to see sneaky squid spirits or a NAR gatekeeper like Dr. Brown begins a Scooby-Doo investigation into whether Todd Bentley belongs in ministry I hold out silly hope that people can see through the absurdity and hold fast to the verity of scripture. I forget that we are dealing with a church that fell for holy laughter and the Brownsville demonic outpouring. The sad fact is that the recognized church today is in fact the apostate church warned about in the bible. It is based on the purpose driven model that believes in a cult of personality leadership paradigm and is overly infatuated with the world because of the seven mountains mandate heresy. This NAR dominionism makes the apostate church ripe to believe anything that furthers these inherently unchristian desires. Enter -- Kanye West.

It is almost reflexive to say at first that this is not an issue of Mr. West's salvation. I hope his claimed transformation is real. I am just not getting that vibe yet. We can legitimately be discerning regarding his situation and at the same time not be "against" him being genuinely saved. Our concern has to be bigger than that however. Our concern must be for the church as a whole. Realize this is someone who rewrote parts of the bible casting himself as God. So I tried to stay away until Jennifer "Sneaky Calamari Spirit" LeClaire weighed in today calling West a "prophet." Let us sort through this nonsense linked above and reason once more.

"It doesn't take a prophet to discern Kanye West's calling. It's no wonder the spirits of religion and Jezebel persecute him with such a vengeance. Kanye West is a modern-day prophet on a social justice mission. He's got a bolder and more accurate prophetic voice than some who call themselves prophets in the church today. To be sure, he's not tickling anyone's ears. He's not operating in the fear of man. He's not striving for a platform. He's not making any apologies. He's not prophesying mates, dates, babies, rainbows and unicorns. And he doesn't offer a sugar-coated "prophecy of the month" with empty promises that leaves ill-equipped saints disillusioned. In fact, Kanye has already made strong stances on issues some seeker-friendly pastors refuse to take on, including abortion, greed, the plight of single mothers, the justice system, slavery, and Christian hypocrisy. At the same time, his lyrics call for forgiveness and love. The fact that some are already calling him a false prophet (Google it) is noteworthy." -- Jennifer LeClaire

Really. It does take a false prophetess to pretend that Yeezus is now a prophet from God. It is indeed that dastardly "spirit of religion" that insists on judging everything through the lens of scripture. The Jezebel reference is just one of the unbiblical obsessions Jennifer has. The hysterical notion is that Kanye has been somehow "persecuted" by people daring to question his alleged conversion and the ensuing publicity campaign he has undertaken. So he has a bolder and more accurate prophetic voice Jennifer? It is now being reported that he has spoken out for ecumenicalism by saying Catholics, Evangelicals and Mormons all must work together. Now, I hardly blame Kanye because even if he is telling the truth regarding his faith, he is still but a baby. This is why the bible says that leaders in the church not be a new convert. Not striving for a platform? Seriously? He just appeared at the largest church in America where he extolled the nature and teaching of Joel Osteen by declaring "God is prosperity." I guess our starving brothers in China or our decapitated sisters in the Middle East must have missed that sermon. West's net worth is estimated between 240 million and one billion dollars but now he has taken a hard stance on greed? Right, got it. His stance on slavery he had to apologize for because he said that it essentially was a choice for the slaves. Once again, while I pray his conversion is real his outspoken ecumenicalism, gushing praise for Joel Osteen and overall PR campaign leads me to be very dubious.

"Blessings or Woe? Jesus once said, "Blessed are you when men revile you, and persecute you, and say all kinds of evil against you falsely for My sake. Rejoice and be very glad, because great is your reward in heaven, for in this manner they persecuted the prophets who were before you" (Matthew 5:11-12). But Jesus also said, "Woe to you, when all men speak well of you, for so their fathers spoke of the false prophets" (Luke 6:26). What is a prophet? A mouthpiece for God; one who shares the mind and will of God. The prophet does more than predict the future. The prophet does more than edify, exhort and comfort. The prophet drops a plumb line. The prophet challenges sin. The prophet cries, "Let justice roll down like waters!" (Amos 5:24) The prophet calls for a fast that looses the chains of injustice and unties the cords of the yoke, to set the oppressed free (see Isaiah 58:6). Kanye, like Jeremiah and every other prophet, was called from his mother's womb. As he stays the course, Kanye will grow and change into the image of Christ over the next many years. God is still making him, shaping him, molding him and breaking him. In my book, The Making of a Prophet, I speak of how the making begins before salvation. God knows we will answer His call and uses our pre-Christian experiences to prepare us for what He originally intended. Kanye was partially prepared to be a voice, to wear Christ's heart on his sleeve, and to innovate for the Kingdom before He knew the Lord. Now that he has stepped into the first stages of his calling, God will use some of the traits that made him famous for His glory. Kanye is not afraid of the "powers that be" and seems ready to organize a showdown at the proverbial Mt. Carmel." -- Jennifer LeClaire

Uh-huh. So when you released the "angels of abundant harvest" you were merely "dropping a plumb line?' When you created fake schools to teach people how to be a false prophet or false seer at $500 bucks a pop, you were simply crying, "Let justice roll down like waters!" Were you sharing the mind of God when you claimed to be stalked by a sneaky squid spirit? Kanye is now on par with Jeremiah? Is he growing into the image of Christ by claiming we should unite with Mormons? Is he displaying Christlikeness by still referring to himself as the greatest artist God ever created? When you watched his performance at Lakewood did you honestly feel like it was God being exalted? To top it all off, he is now akin to Elijah on Mount Carmel? Do you have any reverence at all for God? This is not persecution Jennifer. It is merely truth telling. If my neighbor Bob claimed to have been saved I would rejoice and pray for him but I would not seek out what he has to say about anything theological because he would have no idea what he is talking about. Now do not be confused. Just because Kanye may sound more aligned with scripture than you that does not speak to his relationship with God but rather, yours.

"Jezebel Want to Kill Kanye. Jezebel wants to kill the prophets, and Kanye has become a target. One thing is sure, if you have a price Jezebel will find it. Kanye put Jezebel on notice in his blockbuster song, Closed on Sunday, when repeated twice, "Jezebel don't even stand a chance." Jezebel--which is essentially a spirit of seduction according to Revelation 2:20--will no doubt take her best shot, but the reality is with freedom from his sex addiction he broke free of Jezebel's immoral seduction. Kanye cast down his idols and cast out his demons. He will not be one of Jezebel's puppets. We need to keep Kanye in prayer. He has truly made Jesus more famous with Jesus is King." -- Jennifer LeClaire

Jezebel must have a lot of free time on her hands. In all seriousness, this is just more NAR pseudo-spiritual gobbledygook. The ironic thing is Jennifer ignores the second part of Revelation 2:20 that states Jezebel is also about idol worship. When Jezebel actually was alive, she led Israel to worship false gods, commonly referred to as idols. I cannot speak to whether Kanye West has truly cast down his idols and neither can the Calamari Queen, Jennifer LeClaire. What is happening however is that Kanye has been exalted to idol status within the apostate church at record speed. I have read some of his new lyrics and they do indeed state that Jesus is king. That reminds me however of the key verse for today. So you say there is one God? Even the demons believe that. I am not here to doubt Kanye West just to doubt the gaggle of false teachers that have rushed to embrace him. I have no idea if he is personally sincere in his profession of faith. All I know is if you are getting a group hug from Jennifer LeClaire, Joel Osteen, and Charisma News, well like I said, I am just not getting that vibe.