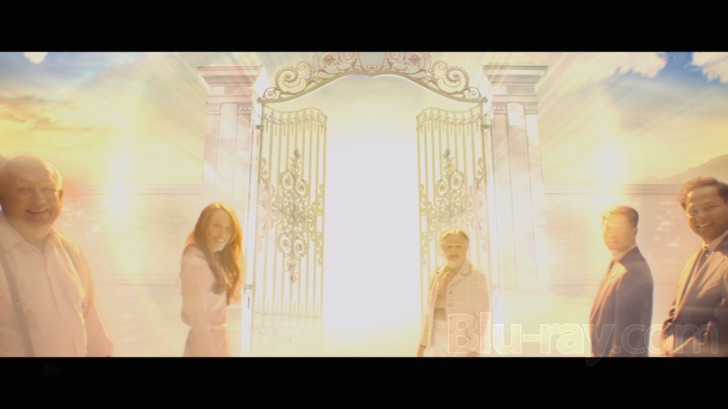 So to keep me from becoming conceited because of the surpassing greatness of the revelations, a thorn was given me in the flesh, a messenger of Satan to harass me, to keep me from becoming conceited. Three times I pleaded with the Lord about this, that it should leave me. But he said to me, "My grace is sufficient for you, for my power is made perfect in weakness." Therefore I will boast all the more gladly of my weaknesses, so that the power of Christ may rest upon me. For the sake of Christ, then, I am content with weaknesses, insults, hardships, persecutions, and calamities. For when I am weak, then I am strong. - 2Corinthians 12:7-10 (ESV)

Texas pastor Robert Morris is one of the most egregious tithing whores on the planet. He has written books on the subject. In his book, The Blessed Life, Morris actually teaches that if you do not give him the first ten percent of your paycheck, then God will curse all of your money. Do not even think of paying the rent, or medical bills, or buy something so selfish as food. He gets the first ten percent. Besides this horrific doctrine, Morris stays largely under the radar despite having a large mega-church. He paved the way for the return of Mark Driscoll but other than that you do not usually hear too much about him. Then stories like the one linked above come up.

This video was produced by Revealing Truth and I think it is important to start with something they point out. The bible mentions three people who had experiences with seeing heaven. Three in 6000 years of recorded history from God in His word. The first is Stephen (the video mistakenly says Peter), who while being stoned to death saw Jesus sitting at the right hand of God. That was all that was mentioned about this occurrence. The second was of course John, who saw the most because God used him to write Revelation. The third was the Apostle Paul who was not even allowed to speak about what he saw despite writing so much of the New Testament. I used that account as the key verses for this discussion because it is important to realize how Paul conveyed his message here. In order for Paul to not become conceited for being shown what precious few had been shown, namely heaven, was given a thorn in his flesh, a messenger from Satan. This thorn was used by God to keep Paul weak in his flesh so that God's grace may become preeminent and sufficient for Paul. Revealing Truth points out that the Greek for inexpressible, which is how Paul described it, means not to be uttered because it was considered too sacred. A passing vision upon death for Stephen. John, who was writing an entire book for God and too sacred to utter for Paul. So much so that a messenger from Satan was allowed to harass him lest he become conceited. That needs to be our scriptural understanding and underpinning as we review this story.

Many years ago someone named Don Piper claimed to have been taken to heaven while officially dead following a car accident. Were the surpassingly great revelations he saw to sacred to dare speak about? Not at all! In fact, he wrote a book about it, selling over 600 million copies and having a movie made from it. I am not even going to get into the usual complaints against the book like the actual portion dealing with the heavenly encounter is only 15 pages. The overall point that is worthy for discussion here is that the story is untrue. We know this because we can trust the bible. In order for this to be true we have to believe four people have seen heaven. The apostle John, the apostle Paul, the first martyr Stephen, and Don Piper. That absurdity reminds me of the old Muppets tune, "One of These is not Like the Other." We have to stop being the stupid people. God is not giving Jennifer LeClaire power to unleash angels that will make you rich. He is not routinely speaking to heretics who distort His word. He is not showing Don Piper heaven.

Nonetheless, Robert Morris decided to read from Don Piper's book about his fake visit to heaven from the pulpit, while teaching about heaven. The funny part is when he admits you have to be careful when reading about someone's experience and while it does not rise to the level of scripture, somehow Don Piper's does because it "agrees with the bible." Except we know it does not. We also know that mere agreement would not raise something man has written to the level of scripture. When you are dealing with a man like Morris however, biblical accuracy does not matter. He has evidenced this in his abusive tithing teaching alone. This is a business to him. He is the hireling the bible warns us about. His purpose driven training has taught him how to scratch itching ears and think of the growth of his church building first, second and last. The sheep do not factor in. If they step out of line, they just get blessedly subtracted. Just bring in two more willing tithers and tell them how great heaven is waiting for them by reading a book written by a liar lying about what heaven is like.

Beloved, heaven is assuredly going to be infinitely better than the greatest poetry portraying it man can conceive, let alone the frilly rantings of one Don Piper. As for Robert Morris, this just serves as one more example of proof that he could care less about biblical truth or shepherding the flock. Hirelings never do.