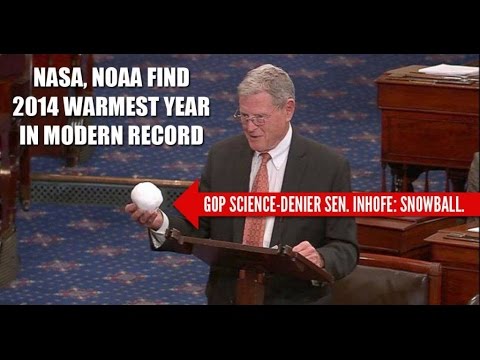 And God saw everything that he had made, and behold, it was very good. And there was evening and there was morning, the sixth day. -- Genesis 1:31 (ESV)

I remember growing up in New York in the 1980's we would see the weather turn cold in October. Our first snow would be in November. Sure there was a chance for what was called an "Indian Summer" for a week or so in November but once December set in, it was time to huddle up and ride it out. Snow was a regular occurrence. I remember the blizzard in 96 dumped thirty inches in my neighborhood and the city had to be shut down. Those days are long past beloved. It seems nearly every day this February has been in the 40's instead of the 20's. Snow? We have barely had any and it goes like this every winter now. It was 65 degrees in Antarctica yesterday. Let me repeat that for people who think bringing a snowball into the US Senate disproves climate change. It was 65 degrees in Antarctica yesterday. When considering the key verse, it is difficult to behold the state of God's creation today and still believe it is very good. Not when we realize what man has done to it.

Now I realize that there are two sides to this debate. One sees these obvious and glaring changes to the climate and realizes that we better do something about it before whatever is going on becomes irreversible. The other side simply does not care. They do not want to change anything because they are selfish and it may not matter to them what is left of this planet when we turn it over to the next generation. Also mixed in with this group are republicans because they do not like that Al Gore brought attention to this issue decades ago or that it is the cause celebre for Hollywood. Because the republicans find themselves on Senator Snowball's team (Inhofe was his name) the Christians apparently are forced to agree with this ridiculous position. That is because the Christian apostate church and the NAR are all in on republican politics regardless of the truth. I am sorry but at this point in history you are either part of the solution or you are part of the problem. I say this as a backdrop to the above linked article found on Charisma News today. That is a Christian website defending the ignorance against climate change. Let us try to reason both scientifically and biblically beloved.

"Is this apocalypse now? Terms like "fracking," "carbon footprint," "fossil fuels" and "greenhouse gases" can be intimidating as they increasingly swirl around us in our society, but what do they mean? And let's be real: Do we understand what they're talking about? I may not be a scholarly scientist, but I have been actively involved with environmental concerns and clean-up since serving as president of the student government at Cleveland State University in 1971. President Theodore Roosevelt is one of my environmental heroes and I had activist Ralph Nader address our student body to raise awareness. Recently a young Christian woman hesitantly wondered if current flooding in Venice was a result of global warming. I told her multitudes share similar questions and concerns. Innocuous inquiries like this are healthy, but what about when the overseers of the Doomsday Clock alerted us recently that time is running out for the planet and now we have "100 seconds 'till the apocalypse"; or 80 year-old retired California governor Jerry Brown's calling for "a quasi-religious transformation that has not yet occurred but MUST (emphasis mine) occur"? Will you allow me 10 minutes to present you 10 points so you, your family, your friends and your church can understand what for many is a confusing topic? It's really not as complicated as many believe, but we need to approach this with a biblically informed worldview and be fact-based, avoiding hysteria and fanaticism." -- Larry Tomczak

Tomczak is a staunch NAR dominionist so it is no surprise to see him come down on the side of Senator Snowball. The purpose of this intro here is the same for most deniers these days. They try to sound reasonable. They try to paint a picture of someone who is just as concerned as everyone else but of course there will always be caveats to this concern that render it useless. No one cares if you once listened to Ralph Nadar or claim Teddy Roosevelt as a hero. So we see here this whitewashing is only a prelude to ten things Tomczak thinks will change your mind about worrying about climate. Let's see if there is any reality to his points.

"1. "In the beginning God..." (Gen. 1:1). These are the opening words of the most-read book in all of human history that go on to reveal that God created and controls the heavens and weather. "While the earth remains, seedtime and harvest, cold and heat, summer and winter, and day and night will not cease" (Gen. 8:22)." -- Larry Tomczak

Yes, it is true that God created the planet and can certainly control His own creation Tomczak however, leaves out His permissive will from his equation. For example, being in control of all of His creation, God could ensure that no one was ever murdered yet that occurs every single day through the permissive will of God. The point is that because God CAN control something that does not mean He WILL. If we ascribe to the "God is in control" theology then there is virtually no reason to pray. Just what will be, will be. It is intellectually lazy and theologically vacuous to ascribe to such thinking.