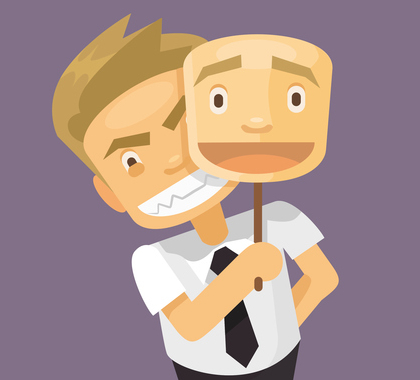 "I am the Lord; I have called you in righteousness; I will take you by the hand and keep you; I will give you as a covenant for the people, a light for the nations, to open the eyes that are blind, to bring out the prisoners from the dungeon, from the prison those who sit in darkness. I am the Lord; that is my name; my glory I give to no other, nor my praise to carved idols. - Isaiah 42:6-8 (ESV)

I feel bad sometimes when writing about Dr. Michael Brown. He is someone who has contributed greatly to the theological discussions in this country for decades. He so often seems so conflicted with what he must know are carnal arguments designed to excuse behavior he should not be engaging in. I remember the kerfuffle over false prophetess Jennifer LeClaire claiming a "sneaky squid spirit" was stalking her. Now anyone with a functioning cerebral cortex and a bible must know how utterly stupid this false prophecy was. When one sees how Jennifer makes a living off fleecing the flock, they must also conclude that the sneaky squid spirit was just another low point in the mockery she makes of our Lord and faith. Not Dr. Brown. He excused it, had her on his radio show, and agreed with her tortured and absurd defense of the indefensible. This was one of the incidents that led me to call him a gatekeeper of the NAR. The other major problem Brown has is his obsession with everything dominionist. He was a rabid Trump supporter who would occasionally write a piece questioning Trump, so, he had plausible deniability. Nevertheless, Brown continues to defend this incredibly idolatrous theology and the above link is yet another attempt by him to defend what he must know is simply wrong. As you read with me, see if you feel the same sense of a tortured man, trying desperately to defend the indefensible.

"Have you ever wondered if the church should continue to engage in the culture wars? After all, we will never eradicate evil from the world, and sometimes it feels like the water is pouring into our boats faster than we can bail it out. Plus, every time we gain ground on one front, we seem to lose ground on another. Why bother fighting these time-consuming, emotionally draining, financially costly battles? Wouldn't it be better if we put all our efforts into winning the lost, thereby making an eternal, irreversible impact?" - Dr. Michael Brown

Yes! Brown opens up showing he clearly understands that not only is his approach wrong and unbiblical but that he knows the right answer! First of all, let's start with the obvious. If you are engaged in what you describe as a "war" then you must realize the confrontational aspect of what you are engaged in. Wars have enemies that must be defeated. Violence to accomplish goals in war is largely justified and acceptable to men. So, I would ask Brown honestly, who he thinks is the enemy of the culture wars? He might try and get cute and claim sin or Satan but the correct answer is the unsaved. The correct answer for who is the enemy of the pro-life movement would be people on the pro-choice side. They have goals that are opposite of what you are trying to accomplish. The same would go for any other issue. The term culture war infers a difference of opinion as to how culture should be and thus a "war" over it. Except the lost are not supposed to be our enemies beloved. Only Satan could design such an insidious plan. To make Christians, who hold the keys to heaven in the gospel, loathe the very people that need the gospel the most. To go to war against the people the bible says are walking darkness and think the things of God are foolishness to them. What are we supposed to be doing with them? Brown answers that here. The lost are to be "won" for Christ through the preaching of the gospel, thereby making an eternal, irreversible impact. Again, yes!

"Some would also argue that things will only get worse before Jesus returns, and since we know He's coming very soon, there's no use trying to slow down, let alone stop, the onslaught of evil. We're just trying to forestall the inevitable. How should we respond to these objections and concerns? When it comes to the theological objection, namely, that things will only get worse before Jesus returns, I have two responses. First, although there are verses that speak of darkness and apostasy before the Lord returns, there are also verses that speak of a glorious harvest of souls coming into the kingdom at the end of the age. Some passages even speak of light shining brightly in the midst of gross darkness. In short, as I understand the relevant portions of Scripture, the end of the age will be characterized by parallel extremes of good and evil, of divine activity and satanic activity. I hardly see a picture of only gloom and doom." - Dr. Michael Brown

This is a typical Brown tactic. He designs a strawman argument that he fully prepared to knock down. The theological argument is not merely that time is running out, which it is, but that the overall canon of scripture does not call for our involvement in the politics of man. Jesus' entire ministry saw Him ignoring the politics of His day and His people were being greatly oppressed! His disciples all wanted Him to deliver them from Rome but His ministry is about so much more. His gospel is so much more. Dr. Brown knows this. As for the strawman, I also disagree with the interpretation Brown provides. The glorious harvest of souls has absolutely NOTHING to do with the cultural issues of this world. It has to do with again, winning souls to Christ through the preaching of the gospel! The light shining brightly is supposed to be the church preaching the gospel! That is the only thing that penetrates the darkness! Does Brown honestly think that forcing poor women to travel to another state for their abortion is how we pierce this present darkness? Satan must be laughing at someone so biblically learned avoiding the clear instruction of scripture. There is nothing divine about passing legislation that has no eternal consequence.