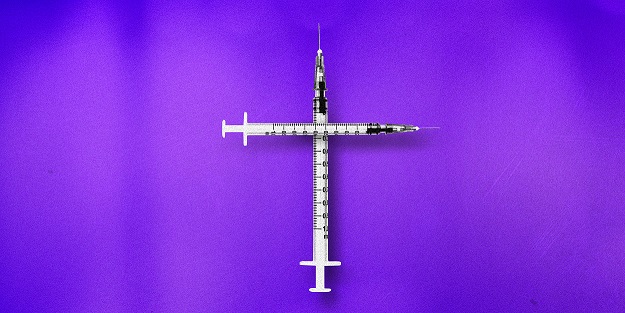 Beloved, I urge you as sojourners and exiles to abstain from the passions of the flesh, which wage war against your soul. Keep your conduct among the Gentiles honorable, so that when they speak against you as evildoers, they may see your good deeds and glorify God on the day of visitation. - 1Peter 2:11-12 (ESV)

As Christians in this world, we have a role and a responsibility. Our role cannot be clearer than the verses above, which are the key verses for today. We are sojourners and even exiles in this world. We have in fact been saved out of and from this world. A sojourner indicates we are merely passing through. An exile means our home is not here. The bible also says that our citizenship is in heaven and God does not allow dual citizenship! Just read the very first commandment! Yet there are forces in this world that have lured the majority of church leadership into an unholy partnership with the politics of this world. As such, the church follows a new master and lord. This new taskmaster does not have an easy yoke and a light burden. Instead, they stake out untenable positions, some of which are lethal, and demand full alliance. One such topical area is when discussing the COVID pandemic, which has now killed over five million people worldwide. One side of this argument sides with science and is fact based. The other side relies upon bogus science, conspiracy theories and outright misinformation. Sadly, this is the side the leaders of the now apostate church have chosen. The church continues to stake out the stupid position. To be the stupid people. Read the key verses again before reviewing the linked article with me and ask yourself if this position is honorable among the people who need the gospel the most. That is our responsibility. To whom much has been given, much is expected. As we read, realize that we are allowing unbelievers to speak evil of the cause of Christ and be fully justified in doing so. Let us reason once more beloved, while there is still time left to redeem.

'COVID-19 vaccine proponent Bill Gates now admits that the novel mRNA-derived formulas "... only slightly reduce the transmissions." These experimental drugs all seem to lose effectiveness within six months and are expected to require endless booster shots, similar to the annual flu shots. Gates said, "We need a new way of doing the vaccines."' - Gary Curtis

This is what is known as a lie. In a detailed and long-ranging interview Gates addressed many things. Someone took the video and ripped his words out of context to make it appear he was saying these things. He was actually speaking about future pandemics and how ideally the vaccines of the future will fully stop transmissibility, which the current ones do not. This is no major revelation as it has been clear from the start that the vaccines reduce transmissibility but more importantly protect us from severe illness should we contract the virus. Don't believe me, here is a Reuters article, which reports news internationally:

Not a good way to start an article trying to dissuade people from protecting their health and make no mistake about it - that is what Pastor Gary Curtis is doing here. He may think he is doing something good and right but there is no time left to coddle idiots. He is going to kill people unless someone speaks up and says enough.