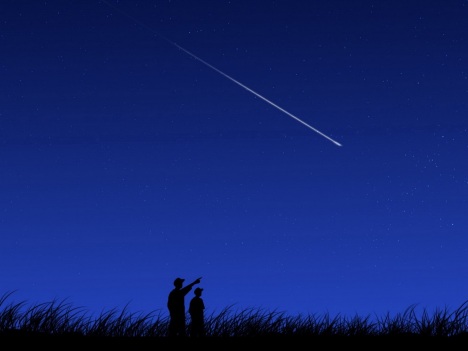 Woe to you, scribes and Pharisees, hypocrites! For you travel across sea and land to make a single proselyte, and when he becomes a proselyte, you make him twice as much a child of hell as yourselves. -- Matthew 23:

To the churches across the world -- I am sorry. I am sorry that we sent you so many missionaries who did not understand the true Gospel of Jesus Christ. I am sorry they have spread the popular American heresies to your countries as well. I am sorry that the prosperity gospel heresy is so popular in Africa that half of the world's top ten richest pastors now are from there. This despite the fact that Africa is the poorest continent not named Antarctica or Oceania. I am sorry that the false signs and lying wonders were also spread far and wide and now poison nearly the entire Christian world. Now today I am sorry because we are sending another wave of calamity your way because apparently another shift is occurring in the heavenlies and the mantle of Billy Graham is about to be poured out! Yeah, I don't know what that means either but false prophet Shawn Bolz apparently does. Let us reason through the above linked tripe. Because of the length and to save time, I will not respond to every point but try and stick to what is salient.

For the uninitiated, Shawn Bolz is the resident false prophet for Bill Johnson out at Bethel Church in Redding California. Bethel is a virtual cesspool of false teaching as they embrace the NAR, dominionism, soaking prayers, contemplative prayers, false signs and lying wonders, gem stones, gold dust, angel feathers and glory clouds. They operate a school for supernatural ministry where they pretend to be able to teach you the gifts of the Holy Spirit. Oh and Bolz was caught doing cold reading false prophecies through his smart phone. Now before this mantle hits you in the head, let us reason together once more!

'Lou Engle and key charismatic leaders believe that in 2019, God will ignite a movement in the next generation as never before. Specifically, these leaders believe Billy Graham's mantle of evangelism will be poured out on the next generation--and they have called for a gathering to usher it in. This event, called The Send, will take place Feb. 23 at Camping World Stadium in Orlando, Florida. Everyone involved says this isn't just a stadium event; it's a movement. In fact, Engle is so confident about this that he has ended his longtime ministry, TheCall, to pursue The Send. "We believe that [Graham's] mantle is hovering, waiting for thousands to lay hold of it," Engle says. "It is a mantle that is a burden for evangelism--for a new era of Jesus the Evangelist--to manifest a new Jesus People movement harvest to take place. I believe The Send will be a flashpoint for the fulfillment of that word. I so believe in this shift that I have ended TheCall."' -- Shawn Bolz

So the mantle of Billy Graham is hovering now? It is probably waiting for air traffic control to give it clearance to fall but the government shut down must have delayed everything. I guess we start with the obvious. Lou Engle is a raving heretical false prophet extraordinaire so the fact that he is the source should be enough for discerning Christians to discern the falseness of this story. As if the notion of a mantle hovering and then falling was not enough. His key Charismatic leaders are equally false. He is aligned with Bill Johnson, Todd White and Bolz to name a few. This is a who's who list of false teachers and prophets. It is a wolf movement beloved. You see Engle had this shtick going for a while now named "The Call"; where he would fill stadiums with duped Christians to call them into service. I assume the shekels were not coming in as well as they had at the start so what we see here is known as a rebranding. The call becomes the send, which is not only silly but illiterate. The real warning for the world here is this merry band of apostates intend to send more people out into the world to spread their false doctrine.

"Through TheCall, Engle has hosted stadium gatherings for nearly two decades. Those events have called the youth of America to fasting and prayer for revival to break out. Now he believes all that prayer has led to this--a great release of evangelism--and he's working with most of the major missions and evangelism ministries in the charismatic world to achieve it. Engle is believing for this generation of Christians to go after evangelism as no other generation has, and he is standing on prophetic words to back up his claim. The Send's organizers are busy mobilizing missions ministries, evangelism groups and churches across North America and even other continents, asking them to throw their weight behind one central theme: It's time to carry out the Great Commission and show the world Jesus the Evangelist." -- Shawn Bolz

So let me see if I have this right. For 20 years Engle has been selling stadiums out to call youth to fast and pray for revival and that ministry is over? Did I miss the revival? The church has gone the opposite direction over these 20 years beloved. The country has grown darker and the church has gone more into the world to the point that they are just as carnal. So good job Lou. Well at least you must have made a killing on it. Here is an idea -- come meet Jesus the Savior before you get involved with whoever the evangelist is.