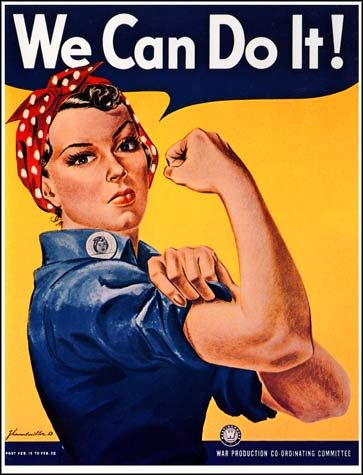 Beth Moore claims that the Southern Baptist Convention (SBC) family is sick. She declared that this week at an SBC event where three sexually abused women gave courageous testimonies to absurd church practices and how the denomination has dealt with such issues in the past. This is a serious subject that deserves the disinfectant of an open-air discussion and true support for our sisters in Christ. If a church or a denomination is lacking how they handle such crimes, that equally deserves rebuke and correction. The matter is too serious not to. It is unfortunate that Beth Moore used these women and the collective pain of women in similar situations to try and further her unbiblical stance regarding women being allowed to preach. The SBC, lacking any true moral compass anymore, went along with this deceptive atrocity. The above article is a summary so let us reason once more beloved and try to not conflate two issues that have absolutely nothing to do with each other.

"Three women who experienced sexual abuse took center stage on Monday (June 10) to address how the nation's largest Protestant denomination should deal with the issue. And they didn't mince words. Susan Codone, a Birmingham native, said she was abused by her youth pastor while growing up in a Southern Baptist church. When she told her senior pastor what had happened, Codone said, the senior pastor abused her, leaving her nowhere else to turn.

"The primary problem was that there was nobody else to tell," said Codone, who revealed her story in a new report by a sexual abuse advisory group commissioned by Southern Baptist Convention President J.D. Greear." -- Adelle Banks

As I stated, this is a serious subject and what happened to this woman should never happen, especially in the one place where people claim to follow Christ. The victimization and helplessness follow people the rest of their lives if not properly addressed. Before anyone starts going on about social justice theology, that is not what this subject is about. It is about criminal activity within the walls of the church and until it is treated as such there can be no real accountability. We are quick to cite the verses about adhering to the laws of the land when it come to out favorite political subject -- why not sexual assault of our own sisters?

'She spoke about her experience in a public setting for the first time at a panel on abuse in the church, held on the eve of the annual meeting of the SBC. Codone said victims need a trusted leader or church member they can confide in. But those leaders can be hard to find, said Bible teacher Beth Moore, an abuse survivor and prominent speaker. In some cases, she said, survivors have been asked if they were raped. If the victim said no, then the questioner seemed relieved that the victim could still give a future husband her virginity. That line of questioning is not acceptable, said Moore. "What I want to say to my own family of Southern Baptists: Our family is sick. We need help," she told a crowd of about 1,200 people who gathered in a hall of the Birmingham-Jefferson Convention Complex to listen to a panel on abuse in the church. "We have a very, very serious problem because we have this built-in disesteem for women and it's got to change."' -- Adella Banks

Now let me first state that Beth Moore serving in a leadership capacity within a church helping women who have been abused would be perfectly biblical and I am sure she could do some good; although it would beneficial to all involved if she corrected her theology first. The scenario she tells of a pastor asking about rape for the sole purpose of being able to give her future husband her virginity is unbelievably inappropriate and tone deaf. While I agree with Moore up until this point I refuse to jump off the theological cliff that follows. She tries to conflate her personal pet peeve about being chastised correctly for violating the key verses today with women who have suffered incomprehensible abuse and in doing so I offer she is simply abusing them all over again. The notion that the church has a built-in disesteem for women is simply ridiculous. Now, you can certainly make the argument that the individual abuser obviously thinks very little of women but to ascribe that to the entire body of Christ is reprehensible. These abusers also think very little of men. They think very little of Christ. They think very little of the word of God. They think very little of the calling of a pastor and that they will be held to higher form of judgment. Let's keep our eye on the ball.