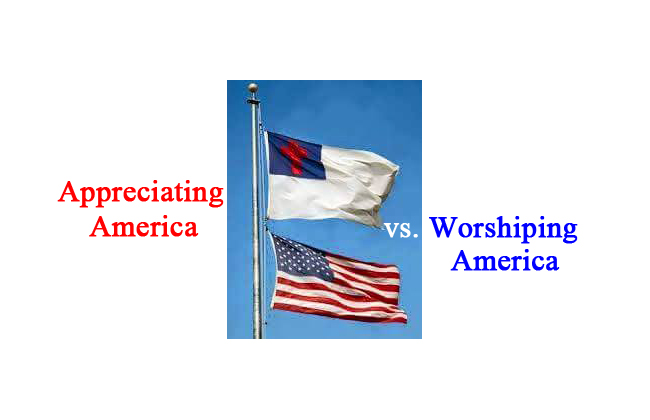 For the word of the cross is folly to those who are perishing, but to us who are being saved it is the power of God. 1Corinthians 1:18 (ESV)

From a fleshly standpoint, what is there not to love about this country we live in? It is flush with money, resources and opportunity. It is also flush with sin and utter carnality the likes of which have not been seen in history. One of the branches of this secularism is the apostate church. The church fits well in this world because it has spent the past several decades cozying up to it under the guise of evangelism and relevance. The truth is far more Pharisaical. You see in the days of Jesus the Pharisees held all of the religious power. So when Jesus came along preaching the Good News it was not good news to them because it threatened their power structure. In Matthew 12 we see the story of Jesus healing a man with a withered hand and the verse following the miracle says the Pharisees started talking about how they might be able to kill Jesus! The Purpose Driven Industrial Complex is just as protective over their racket today. The NAR and the apostate church as a whole worship this country because of the power structure they enjoy. They idolize America and the excesses they enjoy from her. Where else can you live in a mansion, buy your wife a Lamborghini, travel the world in your own Learjet and claim to be a humble servant of Jesus Christ; laughing all the way to the bank. The problem is that this NAR led dominionism is being filtered down into the rank and file where even well intentioned believers think it is a Christian imperative to revive a nation that was never alive to begin with. The above linked article is just one of thousands that Christians have to deal with every year in this country and we must properly discern because the idolization of America, no matter how well intended, is still idolatry at heart and God will not stand for it. Let us reason once more.

"Dr. Bruce K. Waltke's 2008 Christian book of the year, An Old Testament theology, contains a chapter titled The Gift of Warlords. It tells that spiritual men and women are essential for the future as candidates and elected officials as well as political operatives and mechanics. If America is to survive, pastors will have to take their civic responsibility over the coming 30 years to a whole new level, when they move from meetinghouse to marketplace as the ekklesia, as formulated by Christ Jesus in Mark 16:18." -- David Lane

Beloved, I could care less what Bruce Waltke's book has to say and leading off with that instead of scripture is quite telling. The foundation Lane is laying here is rotten and unbiblical. There is ZERO call for the church to enter the marketplace. The civic responsibility for pastors is to preach the Gospel, have reason for their hope if asked, obey the laws of the land and be a shining city on a hill. If Lane would spend more time reading the bible and less rewriting American history he might learn that the Mark verse he referenced is a questioned portion of Scripture that does not even appear in many translations because it is widely believed to not be authentically a part of Mark's Gospel. While we do not toss it out, we certainly do not create doctrine around it without supporting texts. What we have here is very simple beloved. This is straight up New Apostolic Reformation (NAR) Seven Mountains Mandate heresy.

"Present-day Christianity has lost the mission and ministry of civil government, defined by the Founding Fathers, who pledged "to reach the People within these shores with the Gospel of Jesus Christ, and to raise up Godly generations after us, and with these generations take the Kingdom of God to all the earth." While a recent Republican president may have heralded "democratic capitalism" as America's greatest export, to the early American Founders, the greatest export was Jesus Christ." -- David Lane

That's odd. My bible says the mission and ministry of the church is the Gospel. I wonder what he is reading? You cannot "lose" what you never had. I will admit the quote made me curious but Dr. Google revealed that it was not said by the "Founding Fathers" at all. It was in fact said by the Reverend Robert Hunt from the Virginia settlers in 1607. That is over 100 years before the first Founding Father was even born. The NAR dominionists always have to stoop to this because they know their representation of history is simply incorrect. So they scour hundreds of years from the settlers through the early American government to find any reference to "God" and then declare that the country was founded on what we believe. This is irresponsibly deceptive as most actual founding fathers were deists, meaning they believed in a god but many actually rejected Jesus Christ. Thomas Jefferson famously created his own bible with all of the references to Christ's deity removed.

"It will require a fateful turn of events to get the spiritual leaven of the Word back into the culture in order to cure secular America. That, and unconditional obedience by His children, as described in 2 Chronicles 7:14, is the only hope for a spiritual resurrection of the United States. Anything less or else will fail or have no effect." -- David Lane