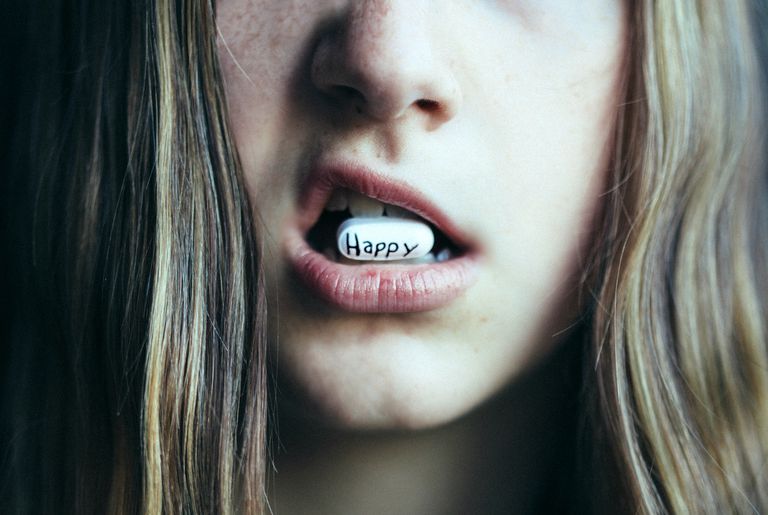 For God has not given us a spirit of fear, but of power and of love and of a sound mind.- 2Timothy 1:7 (NKJV)

I will try to tread lightly here because no subject this side of love makes Christians abandon their bibles faster than what the world refers to as mental illness. The few times I have tried to weigh in biblically the pro-medication Christians rose up quickly to defend their savior, psychotropic drugs. That is not said tongue in cheek or snarkily. It is how they represent themselves. They offer no proof other than personal experience and most swear they might not even be alive if it were not for the pills. I do not question their statements. They have no reason to lie. They felt one way one day and after taking the pills they felt another way. Instead of considering what scientists call a placebo effect, all credit was given to the medication. Jesus comes in a distant second and usually only through the seven degrees of separation argument. Scientists made the drugs and God made the scientists therefore, God made the drugs. That of course is a logically weak argument and not supported biblically either.

Let me start with a simple question. If you were depressed and went to a doctor who recommended taking a pill but warned you that it carries with it a 15% self-mutilation rate and increases suicide ideation -- would you take it? When Prozac first came out that was the self-mutilation rate. That remains a problem today with all Serotonin Reuptake Inhibitors (SSRI's). Now I recognize that some would still take the pills. I get it. I also recognize that some might feel better after taking them. That however is YOUR experience. I take no issue with you telling your experience but when it ventures into the area of pretending to be righteous I draw the line. You see, God does not resolve problems with a 15% self-mutilation rate. He really doesn't. God does not cover up your sadness by increasing your suicidal ideation. Check my math biblically if you think I am wrong. The above link is to an article from a Christian psychotropic medication advocate. Her story highlights some very important things the church should discuss and do better. It also contains an overall dangerous message that must be confronted. So let us reason again together:

"Katie Dale, a speaker and blogger at BipolarBrave.com, advocates for Christians' rights to see a therapist and take medicine for mental illness. Having been diagnosed with bipolar disorder at age 16, she says she started her blog to help raise awareness about the reality of mental illness, which for her, was hereditary. So what about Christians who say medication isn't an option?

"When you have the blues, and you're going through a dark time, or you got a stronghold going on, there is that spiritual element of warfare. But to [say] a blanket statement of 'You don't need medications' is very dangerous," Dale says. "Without the medications, just in my own personal life ... I could be dead. ... I would not be functioning, normal and healthy. ... The brain is just another organ. You can't equate the spiritual to the emotional and the mental in this sense. I think we get off track when we believe that mental illness is a spiritual-rooted thing." -- Katie Dale

First of all, I am unsure why she feels the need to fight for rights no one is denied. I think therapy rooted in biblical truth can be very valuable. Medicine not so much. Let us start with the misrepresentations that are always made in this area. Mental illness is not a disease. There is no such thing as a chemical imbalance. These conditions have never been proven to be hereditary. You can stomp your feet all day long but these are the proven facts scientifically. Most in the medical field have bought in because the medical model requires blind obedience. Thankfully not all have bowed the knee:

"In fourty years, 'biological' psychiatry has yet to validate a single psychiatric condition/diagnosis as an abnormality/disease, or as anything 'neurological,' 'biological,' 'chemically-imbalanced' or 'genetic.'" --Dr. Fred Baughman Jr., child neurologist, Fellow of the American Academy of Neurology

Next time a doctor tells you that you have a chemical imbalance ask for the test results that show it. They will not be able to because they do not exist. Chemical imbalance is a theory designed to sell medication. Now the SSRI's they prescribe to you WILL throw you brain chemicals out of balance. It is essentially a game of Russian Roulette where the doctor is hoping you are so desperate to feel better that you have a placebo reaction. In which case they will declare that the drug worked. If the patient kills themselves however, the doctor will lament, "well they were depressed." That is evil to its very core. We see Katie openly admitting her savior was the drugs. She would be dead without them. She wants this discussion outside the realm of a spiritual issue because she wants to utilize the solutions of the world.

Credentialed Minister of the Gospel for the Assemblies of God. Owner and founder of 828 ministries. Vice President for Goodwill Industries. Always remember that in all things God works for the good of those who love Him and are called according to (more...)
Related Topic(s): Anxiety; Christianity; Panic; Suffering, Add Tags