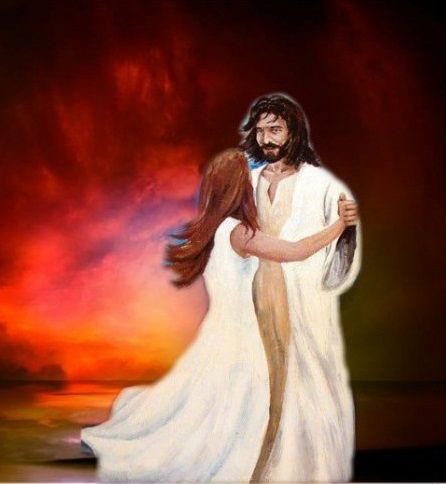 You are my friends if you do what I command. I no longer call you servants, because a servant does not know his master's business. Instead, I have called you friends, for everything that I learned from my Father I have made known to you. - John 15:14-15 (ESV)

Just scrolling through a day's worth of typical Charismaniacal stories will generate multiple absurd prophecies from the False Prophecy Industrial Complex. They vary in what passes for substance and sheer lunacy. One year, false prophet David Taylor said God told him the Denver Broncos were going to beat the Seattle Seahawks in the Super Bowl. A perceived sharp move because Denver had Peyton Manning and were initially favored by around seven points, plus it was a fifty-fifty proposition. Easy to look good until the Seahawks defeated Denver 43-8, oops. Other prophetic encounters are often described in such carnality that it is too obvious that the person is either lying or being actively deceived by demons. Kim Walker-Smith always gives a testimony of a waking visitation from Jesus who whisks her away to the throne room where she meets the Father face to face, which is biblically impossible, lest she die. She describes herself acting like a giddy schoolgirl around our Lord and Savior and even dances for the father. Ugh. I came across two different false prophecies today, both linked above. Let us reason once more together"

"It's a new day. Lines are being drawn. Goliath stands before us. David's army is ready to confront the evils of our day. Saul's army is just trying to comply. Which army will you be a part of? Both are Christian, but one is victorious and advancing, and the other is powerless. One can shout but has no clout, while the other has a shout and has power to destroy the enemy. It's the day of the Lord's army. The prophetic army. God is raising up new ways to ministry that are not bound down by religion and church protocols." - Keith Ferrante

Ahh, nothing like starting a false prophetic word by displaying how little grasp you have of scripture. You are not David. Do you know who is? Jesus Christ! David is what is known as a type of Christ. As shepherd, warrior and king. Heck, Ferrante cannot even get the story straight. David did not march upon Goliath with an army. He faced him with a smooth stone and a faith in who God was. There is no prophetic army. We see early on Ferrante's true goal is to not be bound by "religion or church protocols." Except who made our church protocols? God did! They are spelled out in the bible for a reason! This is the same unbiblical teaching that Bethel traffics in. The reason why Bethel and Ferrante advocate for this teaching is that it provides a counterattack when someone points out that they are false. Those with discernment must have a "religious spirit."

Credentialed Minister of the Gospel for the Assemblies of God. Owner and founder of 828 ministries. Vice President for Goodwill Industries. Always remember that in all things God works for the good of those who love Him and are called according to (more...)
Related Topic(s): Prophecies, Add Tags