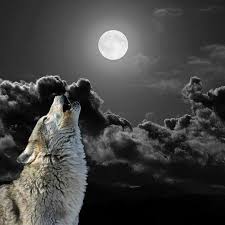 until we all attain to the unity of the faith and of the knowledge of the Son of God, to mature manhood, to the measure of the stature of the fullness of Christ, so that we may no longer be children, tossed to and fro by the waves and carried about by every wind of doctrine, by human cunning, by craftiness in deceitful schemes. Rather, speaking the truth in love, we are to grow up in every way into him who is the head, into Christ, from whom the whole body, joined and held together by every joint with which it is equipped, when each part is working properly, makes the body grow so that it builds itself up in love. -- Ephesians 4:13-16 (ESV)

The above link is to another article that seems to want to marginalize discernment ministries. The author tried very hard to sound reasonable and on many points I agreed with him. The heart of the issue however he is simply dead wrong on. He is going to speak about what he calls "second degree separation"; which means Christians must disassociate themselves from those who hang around with false teachers. He muddies the waters quite a bit as he tries to downplay the seriousness of this matter. His examples are weak or perhaps offered to make those in discernment ministries appear petty. His scripture citations do not support his argument. The bottom line is if you use your name and ministry to support a wolf then you too need to be marked as such. I do not care about the delicate sensibilities of wolves. I only care for the sheep. So let us reason once more together:

Second-Degree Separation, promoted by various "Discernment Ministries," is influencing many Christians on social media these days. In theory, I believe such sites can serve a helpful purpose of exposing heresy and false teaching that is infiltrating the Christian community. Despite the insistence that public heresy needs to be handled by the process of Matthew 18, the Apostles in the first century were frequent in addressing public heresy in a public manner. Matthew 18 applies exclusively to a situation when someone personally sins against you personally (which is never the case in false teaching happening on a national level). The reality is, however, that many of these "ministries" are short on real facts and thrive on controversy, seemingly, for the sake of getting clicks and shares. Unfortunately, they often make the mistake Jesus warned us of by pulling out "wheat" who they consider to be "weeds." (See Matthew 13:24-30.) In fairness, a Bible teacher needs to be evaluated on his overall ministry and life rather than one small snapshot. The truth is, we are all human and make mistakes. If we were to apply the methods of discernment bloggers to Biblical characters, we would reject Peter as a lost cause for initially distancing himself from the Gentiles whenever the Judaizers showed up. (See Galatians 2:11-14.) Now granted, that was an error, and the Apostle Paul rightly rebuked him for it. But we need to learn how to "discern" the difference between a mistake and a heresy. Heresy is when someone is in error related to a core or primary doctrine. Peter had not denied the deity of Christ. He was just being a hypocrite. Christians (even Christian leaders) will make mistakes in their understanding and judgment. That is not necessarily a reason to tar and feather them for life. When rebuked, it appears that Peter probably corrected his error, and the Church rolled on. The "Doctrine of Separation" is a concept that is found in Scripture, although not named such. It is the idea that, under certain circumstances, Christians need to distance themselves from certain people (physically at times, but certainly in terms of close fellowship and endorsement). Amos 3:3 -- "Can two walk together except they be agreed?" Ephesians 5:11 -- "Have no fellowship with the unfruitful works of darkness, but rather reprove them." -- Israel Wayne

I have never heard of Israel Wayne but his website seems to be promoting what is known as a "biblical worldview" which is generally NAR code speak for worshipping this country. The actual biblical worldview is quite simple. We are not of this world. We are citizens of heaven. We preach the Gospel so that God may save some from this world before He returns. Anything above this, which usually speaks to influencing culture, is simply unbiblical and carnal in nature. It is refreshing to see he correctly understands Matthew 18 as being for individual sin issues and that the Apostles addressed heresy in public. Unfortunately, he then dives off the rational cliff as so many discernment ministry critics do. This notion that discernment ministries are uninformed and driven by the desire for social media "likes" is patently absurd on its face. No one enters these ministries for attaboys because they are few and far between the insults and criticisms. What we do is point out when people use Matthew 13 incorrectly however. The weeds in this parable are not false teachers. The bible is clear false teachers are to be marked, exposed, rebuked and avoided. Discernment ministries do not dabble in mere mistakes as Wayne is right, everyone makes them. We are speaking about repeated and unrepentant heresies. When Joel Osteen preaches word faith or Joseph Prince preaches antinomianism, they are not making mistakes. They are devouring sheep. What made Peter's issue a mistake and not a heresy is his repentance of it. If he refused Paul's rebuke, he would have been treated by Paul as he treated Hymenaeus and Alexander the Coppersmith. The reason why the false teacher is branded for life is the refusal to repent. The bible assures us that their destruction is not idle. Wolves do not repent and they are not our brethren. For the sake of space, Wayne goes into first degree separation that says while we cannot avoid interaction with unsaved people we are to be separate from them. I take no issue with these arguments. Nor do I take issue when he speaks of excommunication and shunning within the church. He correctly sites scripture to disassociate with one who is disorderly, an unrepentant sinner, or disobedient to the word. He then unfortunately misses the mark:

'Preaching a False Gospel. Galatians 1:6-8 -- "I marvel that ye are so soon removed from him that called you into the grace of Christ unto another gospel: 7Which is not another; but there be some that trouble you, and would pervert the gospel of Christ. 8But though we, or an angel from heaven, preach any other gospel unto you than that which we have preached unto you, let him be accursed. 9As we said before, so say I now again, If any man preach any other gospel unto you than that ye have received, let him be accursed."

A Divisive and Needlessly Offensive Person. Romans 16:17 -- "Now I beseech you, brethren, mark them which cause divisions and offenses contrary to the doctrine which ye have learned; and avoid them."' -- Israel Wayne

The first few examples were correct because the scriptures dealt with individuals within the church. The verses from Galatians are not about that but rather about false teaching that has infiltrated the church. This requires not mere separation but a desire for such people to be accursed! The Romans verse is dealing with people who actually divide the church by bringing in destructive heresies. Mark them and avoid them. This is not a matter of reconciliation to then allow that person back into the fellowship. These are not merely divisive and offensive persons. They are again false teachers.