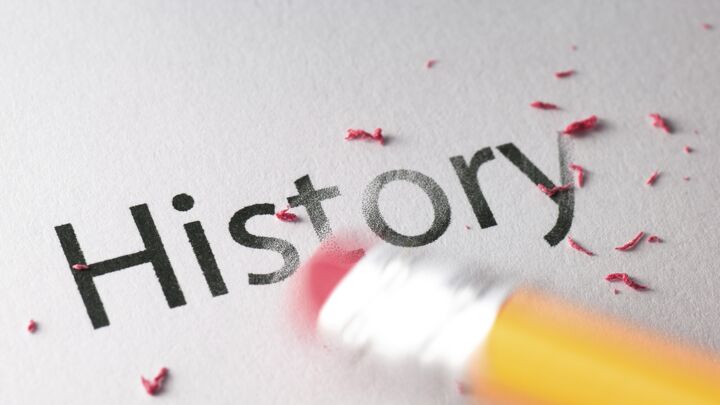 Believe it or not, I try to steer clear of overtly political subjects because they do no nothing to further the cause of the gospel of Jesus Christ. As a discernment minister however, I must point out when false teaching is influenced by glaring untruths, even if from the political sphere. You see, the apostate church has been taught NAR dominionism over the past few decades. The results are often well intended leaders who no longer differentiate between God's will and the will of man through their idolatrous adherence to one political party. If the Republican Party is against illegal immigration at our southern borders suddenly the apostate church takes up the cause. If they want to defend the status quo when it comes to wealth and opportunity, suddenly the church must come out against socialism, even though no one is advocating for becoming a socialist nation. Likewise, if the talking point du jour is against something called Critical Race Theory, the church must now somehow defend even this indefensible position. That insisting on the correct telling of history must somehow be not only opposed by be opposed from a Christian point of view. I have linked the latest article from renowned dominionist Eddie Hyatt who thinks he can "demolish" Critical Race Theory. He is mistaken as usual.

"I applaud the parents who are confronting school board members and passionately expressing their opposition to Critical Race Theory being taught to their children. They have reason to be angry for elementary school children are being taught that it is their race and skin color that defines them, categorizes them, and determines their destiny in the evil and racist American system. It is not enough, however, to merely be "against" Critical Race Theory. We must present proactive, alternative truths that we are "for." Here are five explosive, alternative truths that will undermine and demolish the teachings of CRT and the 1619 Project. These five truths are: Slavery was not unique to America, Moral outrage erupted against slavery in colonial America,

Because the truth has never mattered to Eddie Hyatt, let's start with some clarity surrounding this issue. Critical Race Theory (CRT) was never being considered to be taught to children. Ever. It was in fact a graduate level course when the Republican Party decided to use it to stir up white outrage in this country as that is their primary political strategy. It is just sad that they have co-opted and further corrupted the apostate church and its leaders, such as Eddie Hyatt. That aside, how blindly racist can you be to assert that CRT encourages people to define themselves by their race, when that is exactly what society does on a daily basis? Let us reason once more through Hyatt's five alleged truths.

"Truth No. 1: Slavery was not unique to America -Proponents of CRT would have us think that slavery was unique to America. The truth is that slavery has been practiced by peoples and civilizations for all of recorded history. Egyptians, Babylonians, Assyrians, Hittites, Greeks, Persians, Armenians, Arabs, and many others have practiced slavery. During its 400-year reign, the Turkish Ottoman Empire enslaved millions of Europeans. Decades after the Emancipation Proclamation in America, white slaves were still being bought and sold in the Islamic Ottoman Empire. This is why Dr. Walter E. Williams, late Professor of Economics at George Mason University, wrote that slavery was, "by no means peculiar, odd, unusual, or unique to the U.S." He pointed out that at the beginning of the 19th century, An estimated three-quarters of all people alive were trapped in bondage against their will either in some form of slavery or serfdom. Williams said that what was strange and unique about slavery in America was the "moral outrage" that arose against it. The late historians, Elizabeth Fox-Genovese and Eugene Genovese, agreed, saying, Europeans [and Americans] did not outdo others in enslaving people or treating slaves viciously. They outdid others by creating a Christian civilization that eventually stirred moral condemnation of slavery and roused mass movements against it (Hyatt, Abolitionist Founding Fathers, 8)." - Eddie Hyatt