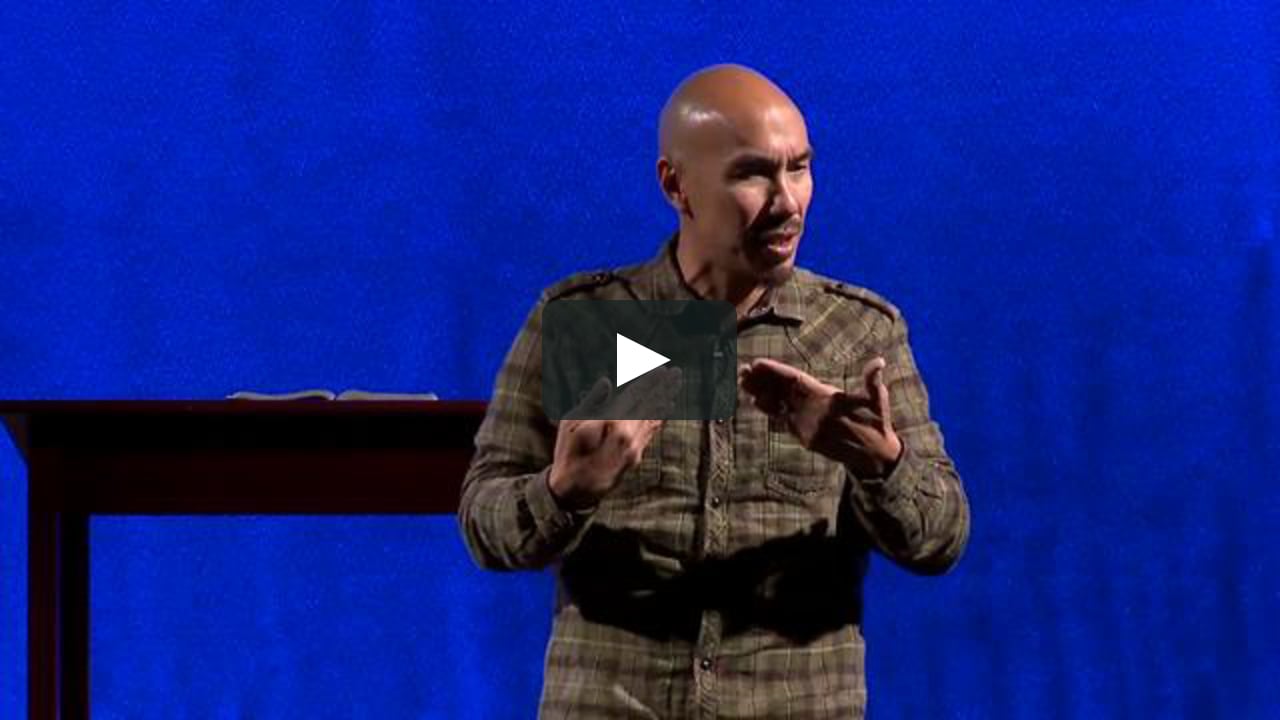 Shane Idleman wants to be a player on the Charismatic cult of personality pastoral circuit. Without the name recognition and street cred of the more popular names he is reduced to pimping himself through Charisma News to build his brand. When I first started seeing his writing on Charisma, it was not so bad. He seemed somewhat focused on sin and repentance with some minor straying from doctrine. That is not a recipe for success on Charisma however and as time wore on he has devolved into a full blown charismaniacal figure who does not mind protecting his fellow wolves as we can see from the above linked article. Apparently last week was "defend Francis Chan" week as this was one of two articles attempting to give cover to Chan's recent horrific decision to appear at Lou Engle's Heresy-fest known as "The Send." Idleman goes off the deep end here however excusing some of the absolute worst false teachers on the planet with absurd logic and no biblical support. Let us reason together once more beloved.

"I was recently asked for my take on the controversy surrounding Francis Chan speaking at what some call "questionable events." I took time to pray while driving three hours to one of these events to meet Chan and hear him speak. When I posted the picture on my Facebook page, it created quite a firestorm, branding me as heretical, ecumenical and part of the NAR (I don't even know what that is unless they meant the NRA). The irony is that nothing could be further from the truth; listen to the controversial sermon here beginning at the 18-minute mark and judge for yourself. My ministry allows me to meet many different Christians. Last week, I attended the National Religious Broadcasters event, was invited to Fox News studios in Los Angeles just days later and worked with Pure Flix's Billy Hallowell on the new series After Columbine earlier in the month and was able to chat with Ray Comfort before filming. My schedule provides many opportunities for me to observe what's going on in American Christianity." -- Shane Idelman

Let's clear up some of the muddying Idleman tries as his foundation. First of all "some" were not calling it "questionable." People with an ounce of discernment were calling it heretical. There is a vast difference. Chan has appeared multiple times with renowned false prophet Mike Bickle at his annual IHOP conference. Chan was not shy in gushing on stage about how much he loved Bickle. IHOP has been considered a cult by many who have managed to escape. The list of embraced heresies include the bridal paradigm, dominionism, the NAR, Joel's End Time Army, Easter Mysticism and contemplative prayer -- just to name a few. Bickle also claims direct audible revelation from God. Chan also recently attended the Send and shared the stage with the likes of Todd White, Heidi Baker and Bill Johnson. He also wrote a scathing article condemning people who would criticize such heretics to eternal punishment! Oh and as a side note, spare me the feigned ignorance of the existence of the NAR. It rings as ridiculously implausible as when Dr. Michael Brown tried the same tactic.

"When I met Chan backstage, I found him to be very humble and eager to listen as we talked about these issues. True to form, he also delivered a powerful message on repentance. Isn't that our goal as preachers? The event moved me deeply during worship, and I had the opportunity to meet some of the other speakers such as Corey Russell and Derek Carr. Their passion for the lost and their heart for "genuine" revival was evident, as thousands came forward to recommit and renew their relationship with the Lord. The irony is that when I try to tell the other side of it, heresy hunters are not open, humble or teachable. The old adage "Don't confuse me with the facts" comes to mind. Why are emotional worship, nights of prayer and pressing into God viewed as fanatical when these things are actually biblical? Why do I never see the heresy hunters at all-night worship services or broken by the Lord at the altar? This question demands an answer--and the answer is that many have never been filled mightily with the Holy Spirit. They can't say, like Jeremiah, that God's Word is in their heart like a burning fire (Jer. 20:9). Read more here on emotional worship and listen to my sermon on the true cost of revival here. The men and women who do the most for God are always people of prayer and worship--heart-wrenching, soul-searching prayer. Prayerlessness is the great sin of America today." -- Shane Idleman

To the point of preaching repentance, yes Shane that is the goal. No one however, is suggesting that everything a false teacher does or says is false. The really dangerous ones are far too slick for that. Chan's problem is that while he may preach a sound message he is leading the sheep directly into the grasp of voracious wolves. The other point here is the defense of emotionalism. It is an often used technique of those defending wolves. Usually it is couched as "I know their heart" or "they really love Jesus." No offense Shane but we do not need your personal emotional opinions about someone. That is why we have the bible. It is our measuring rod. It alone determines what and who is false. Humility and eagerness to listen are no replacement for doctrine that remains true to the bible. Remember that the Pharisees were passionate to win people to their side was well and Jesus still said they would make their converts twice the sons of hell that they were. As for the attempt to demean, I would rather be a heresy hunter than a gullible damned fool. I am completely open to be taught but you may want to try and bring a bible with you -- I have yet to see a scriptural reference. So it is not "don't confuse me with the facts" Shane. It is do not waste my time with your carnal opinions. And do not assume so arrogantly that people who have discernment do to tarry before the Lord or travail in prayer just because you do not see us at the local mega church rolling around on the floor. One last point here is that the statement that prayerlessness is the great sin of America is patently stupid. Why would the world pray to a God they do not believe exists? Their great sin is not having faith in the preached Gospel. Prayerlessness is however a great sin within the church.

"For those interested, many of the teachers I listen to are featured on our radio network, and I use The MacArthur Study Bible often. I love solid teaching and sound doctrine, as well as the movie American Gospel: Christ Alone . I also desperately need the power of the Spirit, as Spurgeon said every time he walked up those famous steps in London, "I believe in the Holy Spirit. I believe in the Holy Spirit." Unction is the dire need in the pulpits today. I've noticed that the division between cessationists and continuationists is causing a lot of the controversy. Cessationists tend to be leery of emotionalism, and continuationists tend to be the polar opposite. What about Roman Catholic priests at events? The theology of Rome cannot be reconciled with historical Christianity. This type of ecumenicalism is not biblical. When asked why no one says anything when leaders allow priests on the stage, I'm saying something now: It's not right. Maybe some leaders don't understand Rome's theology, but to hastily charge them as heretics and part of the one world order is naive at best, dishonest at worst. I can't speak for Chan, but I'm assuming he believes the same. -- Shane Idleman