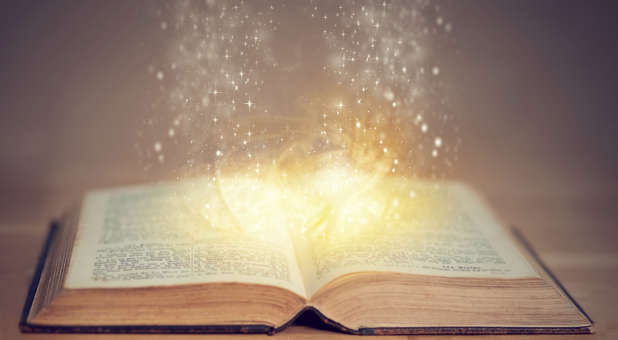 Now I would remind you, brothers, of the gospel I preached to you, which you received, in which you stand, and by which you are being saved, if you hold fast to the word I preached to you--unless you believed in vain. For I delivered to you as of first importance what I also received: that Christ died for our sins in accordance with the Scriptures, that he was buried, that he was raised on the third day in accordance with the Scriptures -- 1Corinthians 15:1-4 (ESV)

This is not a woe is me piece beloved. It is an attempt to cast some perspective. Research takes time. Writing takes time. Answering messages regarding the ministry takes time. For the vast majority of folks who are called to discernment ministries there is no financial benefit. There is not fame or fortune. There are few if any "amens." We do not undertake these responsibilities for any carnal reasons but rather that some who may be lingering in darkness can come into the light before Jesus returns. This includes people falsely converted who can now hear the true Gospel and be saved as well as those who may have fallen away from the faith by chasing myths. I remember several years ago I was going to stop the ministry. I was feeling tired and was doubting if anyone actually read the work being produced. That night I received an email from the daughter of a friend. She had suffered a horrific motorcycle accident in her young 20s that left her a quadriplegic. Even though she was raised in church by god fearing parents, this accident and life had drawn her far away. Yet still she wanted to be on my devotional list and had been for a couple of years. Her email was requesting to be removed from my list because her condition made it difficult to focus for as long as it took to read them (yes I know they tend to be long). She did however want me to know that they had "restored her faith."

She passed away that night.

A not so subtle reminder from God that my job was to write and spread the Word of God and it is God's job to make sure it accomplishes His purposes. Fast forward to this week and a very different email from a pastor asking to be removed from my devotional list. The request was very polite and we remain friends but the surrounding context was sad (yes context always matters). The suggestion was that I should use my platform to preach the Gospel and bring people to Christ. This was sad to me because that is exactly what I have been doing through this ministry. I think it is time to examine some of the language and church culture issues that we have created in this mega church paradigm and how they distort biblical reality.

First of all, what is the Gospel? Thankfully God defined it for us in the key verses today. Paul reminds us that it is the Gospel in which we make our stand. It is only the Gospel by which we are saved. He then says something very interesting. He says we are either holding fast to the real Gospel or we believe in vain. Keep that in mind beloved. There are people who believe as strongly as we do but their belief is useless because it is not in the real Gospel. Then Paul defines the Gospel. Jesus Christ died for our sins in accordance with scripture, and was buried and rose on the third day, also in accordance with scripture. That is it. No mention of wanting our best life now. No mention or carnal prosperity. No mention of spiritual gifts. No mention of sloppy agape love. No mention of becoming little gods and word faith nonsense. No mention of seven mountains and preparing the earth for His return. Jesus Christ died for our sins, was buried and rose on the third day. Why did God boil the Gospel down so finitely? Because that is what you need to have faith in to be saved. You must recognize through the law that you are a sinner in need of a savior and believe through grace that Jesus is that Savior because He conquered the grave -- promising us eternal life. You can keep all the smoke machines and skinny jeans. You can keep all the silly sermon series' and fleshly "worship" music. The Gospel does not need any of it.

Now, what do most pastors today think the Gospel is? Unfortunately, most pastors have been raised by the purpose driven church movement and even those who did not read the book cannot help but be influenced when it is all around them. The mega church mentality surrounding the Gospel is simple. You cast a net at the end of service through what is known as an altar call. It doesn't even matter if your sermon even mentioned a sliver of the actual Gospel. You talk about this Jesus in relatable terms and assure them it will only take a few minutes of their life. You ask for a show of hands for who wants to invite this Jesus fellow "into your heart." Then you ask those that raised their hands to repeat a three sentence prayer (in the Purpose Driven Life it is actually eight words). You then count them all statistically as "salvations" and proceed to give them a SHAPE application the following week so you can plug them into ministry to discover their "purpose."

Except none of them were actually saved.

Yes, you read that right beloved. If we remember from the key verses as well as the Book of Romans, no one can get saved without the Gospel being preached. You have not shown them the law so they can see their sin. You have not explained that God requires a sacrifice showing them the need for a savior. You may have mentioned Jesus but not as that Savior who will take their place on the cross. What you have done is convince a handful of goats to raise their hands. With all due respect to my friend and well-intended pastors around this country -- I wish you would use your platform to preach the Gospel and lead people to Christ. So then let's take a look at the Gospel in discernment ministry action. Here is an excerpt from the devotional yesterday that prompted my friend to remove himself: