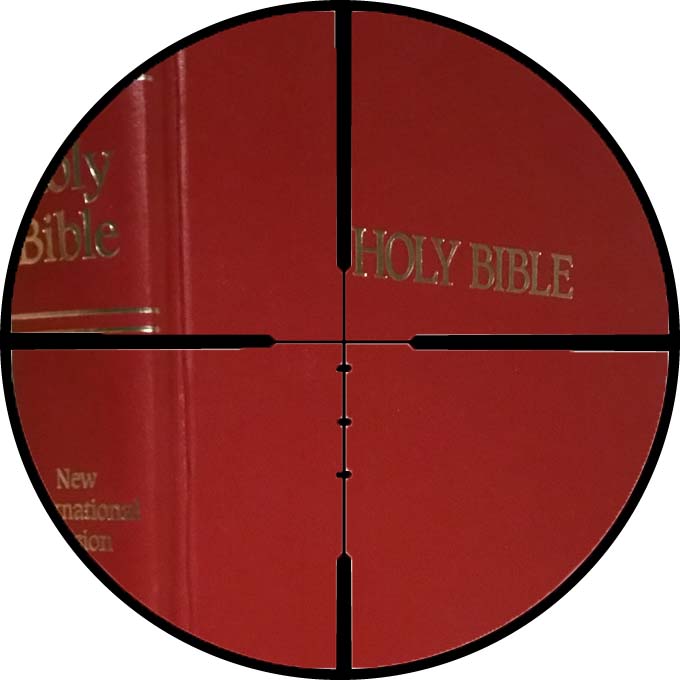 He must hold firm to the trustworthy word as taught, so that he may be able to give instruction in sound doctrine and also to rebuke those who contradict it. -- Titus 1:9-10 (ESV)

Beloved, we can expect as the end times deepen that the apostate church will lash out more and more at those who seek to speak the truth so that some of their followers may come out of the darkness before it is too late. We can also expect that even well intended believers will contribute to this as the devil wants to silence truth at all costs. The above piece is written by a pastor named Eric Davis from Wyoming, writing on a website called Cripplegate. I have never dealt with this site but some of the cursory examination seems solid, which is why this article was so disappointing. Perhaps Pastor Davis experienced some uncalled for criticism or perhaps he is guilty of the armchair reactionary judgment he seems so hot to speak against. Either way, this amounted to a very long hit piece on discernment, whether it was intended or not. Discernment cares about the sheep, not the wolves. It is always based upon things that have been actually said, usually over a long period of time. It is not speculative. Now, are there some who perhaps practice discernment in unbiblical manners? I have to assume so but the circles I traffic in do not do what Pastor Davis accuses of and the result of the generalized broad-brushing here will lead people away from Christ by dismissing true discernment. So let us reason once more:

"There is a new kind of Pharisee today. Things like social media have paved the way for them. And they are not rare or quiet. Here is a partial profile of the new Pharisees:

1. They have seated themselves in the chair of Moses. The tactic of the new Pharisees communicates that they are in the highest seat of judgment and above questioning. As such, they behave as if God has charged them to prosecute those who do not conform to their law. In this way, they make themselves and their standards well-known on social media. They hand out violations on partial information and without the full story. They lack grace and learning. They're watching you, waiting in the shadows to trap you in a statement, plotting together how they might trap you in what you say." -- Pastor Eric Davis

Starting off by playing the Pharisee card is never a good sign. The reality is that the Pharisees were condemned because of their false teaching and distortion of the ways of God and discernment ministers would have been the first ones to point it out. As for the charge of seating in the chair of Moses that is just silly. First of all, it is not "our law" that requires conforming but rather God's Word. I also do not know of many who work on partial information although there can be a rush to judge that we need to be wary of. For example, when Victoria Osteen said that we do not worship God for Him but rather for ourselves, I gave her a week to clean it up before writing anything. Once she and Joel double downed however, exposing the error became paramount. As for grace -- I have none for false teachers and the bible does not demand that I have any for them. This is not about trapping anyone Pastor Davis. These are their words they are being held to account for. Is it so unreasonable to expect people to stand by what they say?

"2. They are judgmental in the true sense. Ironically, the most abused verse in the Bible can safely be said of them: "Do not judge so that you will not be judged" (Matt. 7:1). In the name of compassion, they are judgmental. They need little data and a skewed view of the big picture to persecute and slander. Just one piece of a ten-piece pie is enough for them to smear you. Similarly, they believe the worst and make presumptuous conclusions. They seem to not be concerned that their info is wrong or slanted. Rarely, if ever, do they ask, "Hey, so, you said this. What do you mean by that? It seems like you are saying A or B. But I want to avoid presumption and answering a matter before I hear." No. That's no fun. That doesn't deliver the self-righteous high like putting you in a proverbial giant-suplex before their fanfare on social media. Instead of approaching issues with logic, humility, intelligent conversation, and asking questions, they come with hateful judgment, seeking prosecution on bits of information. They seem to use fear tactic. Words are carefully chosen so as to strike fear in those who might challenge them. Many are scared about being publicly labeled an " 'ist" or "abuser" (ironically) and so they often do not receive the challenge they need. They keep correction at bay by these careful tactics." -- Pastor Eric Davis

Credentialed Minister of the Gospel for the Assemblies of God. Owner and founder of 828 ministries. Vice President for Goodwill Industries. Always remember that in all things God works for the good of those who love Him and are called according to (more...)
Related Topic(s): Faith; God; Spirituality, Add Tags
Add to My Group(s)
Go To Commenting
The views expressed herein are the sole responsibility of the author and do not necessarily reflect those of this website or its editors.