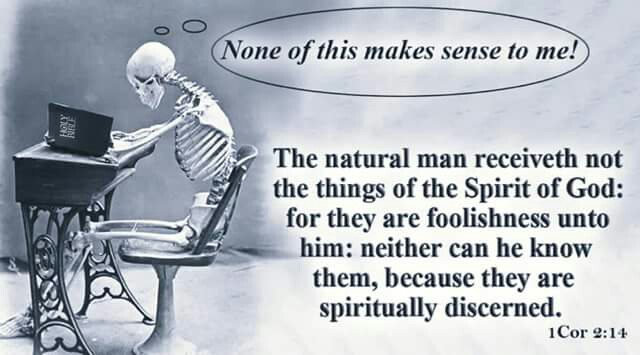 "The eye is the lamp of the body. So, if your eye is healthy, your whole body will be full of light, but if your eye is bad, your whole body will be full of darkness. If then the light in you is darkness, how great is the darkness! "No one can serve two masters, for either he will hate the one and love the other, or he will be devoted to the one and despise the other. You cannot serve God and money. - Matthew 6:22-24 (ESV)

Shane Idleman is a NAR dominionist pastor from California. He writes regularly for Charisma News and seemingly 99% of his writing is firmly entrenched in his political goals of obtaining all power for the Republican Party in this country under the guise of Christian righteousness. It must be very hard for pastors such as Idleman to even recognize that he no longer cares for the cause of Christ in his pursuit of the cause of the GOP. Jesus warns of this phenomenon in the key verses today. When we confuse the darkness within us for light, how deep indeed is that darkness! We have heard the "two masters" imperative before as it relates to money, but the truth is that the issue is anything that competes for prominence with God in out lives. The word money in the key verses can easily be interchanged with politics for Shane's case. Or glory and recognition. It matters not if it competes with God. We will see throughout this article linked above that Shane Idleman is not doing the work of the Lord but rather the bidding of a political party that blinds him from the truth right in front of him. Let us reason again together.

'We have forgotten God, and we have vainly imagined, in the deceitfulness of our hearts, that all these blessings were produced by some superior wisdom and virtue of our own" (Abraham Lincoln). Over the last few decades, Americans have seen the destruction of the institution of marriage between a man and a woman, the removal of God's Word in several areas, and the aborting of millions of babies. Ironically, many of the men and women who died for our freedoms did not die for what we are becoming today. Many gave their lives in order that we would be "one nation under God," not above God.' - Shane Idleman

While it is true that Abraham Lincoln displayed more leanings to the teachings of the bible than most presidents this habit of dominionists of quote shopping never works. It is far too easy to scour the Internet for quotes favorable to God from people who lived hundreds of years ago but they do not prove anything. Ironically, this quote is missing context but since Shane rarely bothers with biblical context it is unsurprising. Gee, what was happening in March of 1863 that might cause Lincoln to sign a proclamation for national fasting and humiliation? Maybe the Civil War? The Emancipation Proclamation was only two months earlier and not well received in many circles. Earlier in March was the first Conscription Act forcing a draft upon the populace to replenish the Union forces. The point for this discussion is that random quotes rarely happen in a vacuum. In this instance I will assume that Idleman does not even realize that Abraham Lincoln did not actually write this. It was written by Senator James Harlan of Iowa, who then asked Lincoln to sign and declare it after it was passed by Congress. So, Lincoln signed it. Maybe he even agreed with it. I don't know and neither does Shane Idleman. It made good political sense however in a time of dire importance for his war efforts. Context.

What Shane does, as is the usual for dominionists, is to tie this out of context quote to their cause. Specifically, to the Republican Party cause. As for his assertion regarding the military is also wrong. Those that serve in our military do so regardless of the political direction of the country. Their role is one of obedience not politics. I am sure many disagreed with Hiroshima, Saigon and the fake weapons of mass destruction in Iraq but they served in complicity because that is what their role requires. Not to mention the premise of trite phrases such as "under God" only serve to distract and woo people to his cause under sneaky circumstances because again there is no context. Do you know when "under God" was added to the Pledge of Allegiance? The same time that "In God We Trust" was added to currency. Our national slogan until the 1950's was always "E Pluribus Unum, which means out of many, one. In the 1950's however there was a vile, bottom-feeding Senator named McCarthy who fueled the "red scare" accusing many prominent and regular people of being communists, ruining many lives and careers. It was because of this fear that the nation changed the motto to in God we trust and added the bit about under God to the pledge. Not because of fidelity or piety but rather, fear.

A Fifth Division graveyard sign in Iwo Jima, Japan, states it well: "When you go home, tell them for us and say, 'For your tomorrows we gave our today.'" What a travesty when we fail to honor those who gave their lives for the freedoms we now enjoy. This Memorial Day, let's remember those who gave their lives and those who continue to defend our freedoms. In the words of Mr. O'Brien who served in World War II: "It is the soldier, not the reporter, who has given us the freedom of the press. It is the soldier, not the poet, who has given us the freedom of speech. It is the soldier, not the campus organizer, who gives us the freedom to demonstrate." O'Brien continues: "It is the soldier who salutes the flag, who serves beneath the flag, and whose coffin is draped by the flag, who allows the protester to burn the flag. Let's be very clear on this: "A people that values its privileges above its principles soon loses both" (Dwight D. Eisenhower). Historically, we know that God judged those nations who continually tolerated sin; wrong choices had devastating consequences. Arnold Toynbee, who wrote A Study of History, said: "Of the 22 civilizations that have appeared in history, 19 of them collapsed when they reached the moral state America is in today." Brace yourself...this is a quote from the 1960s. Most realize that a republican democracy, like ours in America, cannot last forever. Eventually, there is a collapse due to moral decay and financial irresponsibility"liberty often leads to abundance; abundance to complacency; complacency to apathy; apathy to a loss of freedom. Based on this, where are we today?"' - Shane Idleman

The church has long been in the business of exalting war and thus the warrior. Ironic since we worship the Prince of Peace but regardless, no is arguing that soldiers should not be given proper respect, even if Shane still misses the point. It is a cute "tell" that he inanely refers to the United States as a "Republican democracy" which would mislead people to think that somehow the Republican Party has prominence. We are actually a "Democratic Republic" Shane. Semantics aside however, Shane stands so close to the truth but cannot see it. This cycle he refers to is correct. Failed nations often fail the same way and we are seeing that fraying in this country. Yes, a great deal can be blamed on moral decline but the part Shane refuses to see is his role and how he is to blame. God put a device into this system to stem the tide. To provide hope to the hopeless. To provide a haven in the tempest. Those responsibilities fall to the church. It is here that the church has grossly failed and leads the way to the unraveling of society. Why? Because instead of hearing the gospel when they listen to the church they instead hear absurd quotes from proclamations delivered in 1863 or from a hallowed Iwo Jima graveyard sign. Moving and haunting yes but not life saving or altering like the words from Almighty God. Apply Idelman's cycle to the regression of the American church over the centuries. Moral decay and financial irresponsibility? Check! This might as well have been written specifically for the church! Every day there is another fall from grace that has to do with moral failings or financial impropriety. The lost sees no difference between the church and the world. They have been granted freedoms above the general populace including tax-free status and this has led to the purpose driven mega church movement resulting in great wealth and abundance. This has definitely led to a spiritual malaise and apathy throughout the apostate church. Let's be fair. The Osteens, Bill Johnsons and Brian Williams of the world have been mailing it in from the pulpit for decades while they write book after book to line their own pockets. Since they are carnal creatures pretending to be Christian leaders, I expect little more from them. The problem is that everyone else follows them and gives them credit and respect they have not earned nor deserve. They have to because those that follow them in leadership want the same level of wealth and abundance. This has created a grifter church trying to figure out the next score from their congregation of marks.