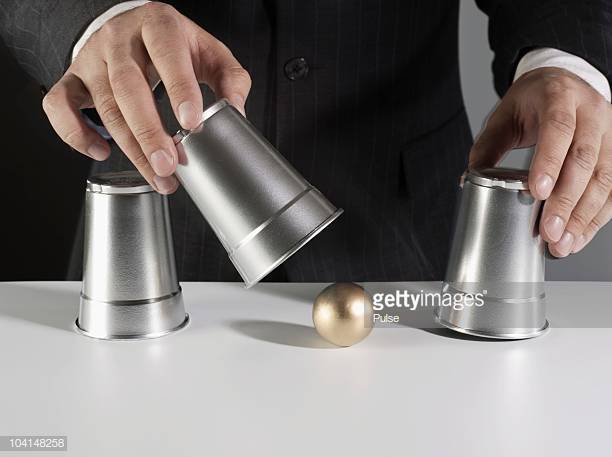 I appeal to you, brothers, to watch out for those who cause divisions and create obstacles contrary to the doctrine that you have been taught; avoid them. For such persons do not serve our Lord Christ, but their own appetites, and by smooth talk and flattery they deceive the hearts of the naive. -- Romans 16:17-18 (ESV)

The link above is to the latest from Dr. Michael Brown entitled "The Right Way to Disagree with Spiritual Elders." Knowing what irks Dr. Brown, I knew this was going to be another exercise of his in entirely missing the point. He opens up referring to himself as an elder in the church and a father in the faith who hates heavy handed leadership. I have little issue with Brown feeling this was a role he should embrace with over four decades of service in the church. The problem is while he claims to disdain threats, intimidation or manipulation he needs to be far more careful in how he presents his political views, which have dominated his ministry for several years now. While carefully couched, Brown always lets you know that he believes Republican is righteous. He speaks about needing to rebuke as an elder when appropriate and again, I agree. The real problem is that he rebukes theories not people. The best example is that he wrote a book on the hyper grace error but refuses to call Joseph Prince, the king of hyper grace, false. It sends a spiritually schizophrenic message to his followers to watch out for specific teachings while refusing to warn them to actually avoid those who engage in those specific teachings. He then reiterates his displeasure with those who use modern methods of communication and critique such as "online", which is funny considering his website. Consider the following quote from this article that leads me to such frustration with Dr. Brown:

"It is a fearful thing to be appointed by God to be an under-shepherd of His flock. He will hold us accountable for every one of His sheep that we impact. And it is even more fearful when we use the Bible (quoting verses like Psalm 105:15, where God says, "Don't touch my anointed") as a cloak for our sinful behavior. May it never be! God forbid we scare our congregants into thinking that divine judgment will fall on them if they dare to differ with us. God forbid we abuse the sacred authority God has given us and use it to fleece or silence the flock." -- Dr. Michael Brown

This paragraph is so true! It should be a fearful thing to be appointed an under shepherd of His flock! It is a horrible twisting of scripture to abuse touch not my anointed! God forbid we should ever scare the sheep into thinking they are in danger of judgment just for disagreeing with us -- you know, with let's say the political party we like. God forbid we abuse the sacred authority to fleece or silence the flock! This is what is so frustrating about Michael Brown. It is clear that he knows better and understands. It is clear he is biblically literate and thoughtful about his role in the church. Yet despite this he will then turn and carry water for the president or the Republican Party or he will call Bill Johnson and Benny Hinn good brothers in the Lord. He just does not get it.

"At the same time, there is a right way and a wrong way to disagree with those whom God has entrusted with spiritual oversight. That is why Hebrews says, "Have confidence in your leaders and submit to their authority, because they keep watch over you as those who must give an account. Do this so that their work will be a joy, not a burden, for that would be of no benefit to you" (Heb. 13:17). Do not make yourself a burden to your leaders. That "would be of no benefit to you." And that's why Paul wrote, "Do not rebuke an older man [or, elder] harshly, but exhort him as if he were your father" (1 Tim. 5:1)." -- Dr. Michael Brown

It is time to expose the little shell game Dr. Brown is engaging in. No one I have seen makes themselves a "burden" to their leaders. I have seen leaders implement the purpose driven church scheme of blessed subtraction to get rid of dissent in their midst. No, what Brown is really talking about is discernment ministries correctly calling out false teachers. That is the real sore spot Brown has. One time when I was a guest on his radio show he was genuinely shocked that I would refer to Bill Johnson as a false teacher and heretic. He even quickly dismissed any talk about his heretical school based on the fact that he himself had taught there. As if that changes what the bible says. Now that Brown has laid the groundwork with the first third of this article sharing reasonable truths, let us see the true hand he wants to play:

"Unfortunately, today, there is a plague of disrespect in our society at large for our elders, and as a culture, we have largely lost sight of what it means to honor others. And that plague has run rampant in the church, especially on the internet. Believers rail against spiritual leaders. They call them out by name and challenge them, as if speaking to a drunken antagonist in a bar. They mock and ridicule and malign, often based on second-hand information (or worse), and almost always based on very biased judgment." -- Dr. Michael Brown

Credentialed Minister of the Gospel for the Assemblies of God. Owner and founder of 828 ministries. Vice President for Goodwill Industries. Always remember that in all things God works for the good of those who love Him and are called according to (more...)
Related Topic(s): Prophet, Add Tags
Add to My Group(s)
Go To Commenting
The views expressed herein are the sole responsibility of the author and do not necessarily reflect those of this website or its editors.