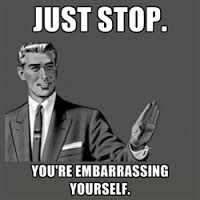 If you really fulfill the royal law according to the Scripture, "You shall love your neighbor as yourself," you are doing well. But if you show partiality, you are committing sin and are convicted by the law as transgressors. -- James 2:8-9 (ESV)

Too busy to preach the Gospel anymore, Dr. Michael Brown has now settled into his role as NAR gatekeeper and political provocateur. Any cause de jour for the Republican Party establishment is now apparently a cause de Jesus as well. Case in point for this week is the curious uproar over Kyle Kashuv. Was Kashuv a Christian refugee or missionary to a hostile land? No. He apparently was someone who was accepted to Harvard but then had that admission revoked when it was discovered that he had posted some unbelievably racist messages when he was 16. It is quite a bit more political than that however. It seems Mr. Kashuv was a survivor of the Parkland High School shooting yet is an activist against gun control. As such he has been seized by the right wing as a symbol of all that could be right in their world. I expect such carnality from those in the world but why in the heck is the church getting involved? The above link is to the latest article from Dr. Michael Brown and right from the title we can tell how absurd this is going to be. Comparing an 18-year-old kid being denied admission to Harvard with the Spanish Inquisition is beyond hyperbole. It is dangerously stupid and diminishes those burned at the stake for the sake of purifying the false catholic doctrine of that time. Let us try and reason once more beloved:

"Did you say anything stupid when you were 16? Did you do anything back then that caused you embarrassment? And did you change and mature by the time you were 18? For many of us, the answer to all these questions is yes. In my case, I was a heavy drug user at 16, playing drums in a rock band, dropping LSD like candy, and even shooting heroin and speed. By the time I was 18 and ready for college, I was a born-again follower of Jesus, had read the Bible cover to cover five times, memorized 4,000 verses and preached my first sermon. The change was dramatic. I was not the teen I used to be, and I ultimately went from LSD to Ph.D." -- Dr. Michael Brown

Let's deal with the conflation first. Yes, the offensive event occurred when Kashuv was only 16 but he is not 40 today -- he is 18! So, it was only two years ago! I agree in this reflexively hurt world that we need to grow a little more spine and not be so offended at things from decades ago recognizing that time can change people. That is not what we are dealing with here. Less than two years ago, Kyle Kashuv in an exchange with friends used the "N" word 11 times in one communication and joked that he was good at writing it because he had done it so often. When questioned on television, Kashuv lamely tried to pretend that this was not who he was and that he and his friends were just trying to say the most shocking things they could think of. Mission accomplished eh Kyle? You just shocked your way out of Harvard.

What is Dr. Brown saying ere though? That because he was saved radically at 18, what he said when he was 16 no longer mattered? That's not the Gospel. While it may not matter as sin moving forward, we are supposed to be accountable for our words and actions. More importantly, what does Kyle Kashuv have to do with the kingdom of God and the cause of the Gospel? Absolutely nothing. What this is beloved is a NAR issue. It is a seven mountains mandate issue. When you are trying to take over the mountain of government everything becomes a cultural hot spot. This also touches on the mountain of education so we must be greatly offended at this liberal university punishing this conservative darling for daring to be honest about his racism.

"In the case of Kyle Kashuv, though, the verbal sins he committed at the age of 16 have come back to haunt him. Yes, Harvard University has rescinded his admission based on his prior use of a racial slur at age 16. Kashuv came to national prominence as an outspoken conservative who was one of the survivors of the tragic Parkland shooting. And he has apologized in the clearest terms for his "idiotic" behavior as a 16-year-old, demonstrating absolutely no hint of racism since he been under public scrutiny following the school massacre. Harvard, however, has determined that his past behavior is so egregious that it disqualifies him from entry into their elite institute. His admission has been rescinded." -- Dr. Michael Brown

As usual, Dr. Brown is being loose with the facts to suit his side of the argument. Anyone who has been on his radio program knows his skill at this tactic. It as not just a "racial slur." It is that he used it 11 times in one message and bragged about how good he was at using it. his apology was one that sought to cast blame on this shock value excuse instead of just owning it. He does not seem genuine about any of this and is using it to cast himself as the victim, along with the help of people like Dr. Michael Brown. No hint of racism? Doesn't the offensive revelation count? Is Dr. Brown just giving Kashuv credit for not saying the "N" word every day since? How stupid is your defense if it essentially is "he is not a racist because he has not said anything racist since the time he said the "N" word 11 times in one sentence, bragged about doing so, and referred to a female classmate as only liking "n***er jocks." Oh and that was less than two years ago.