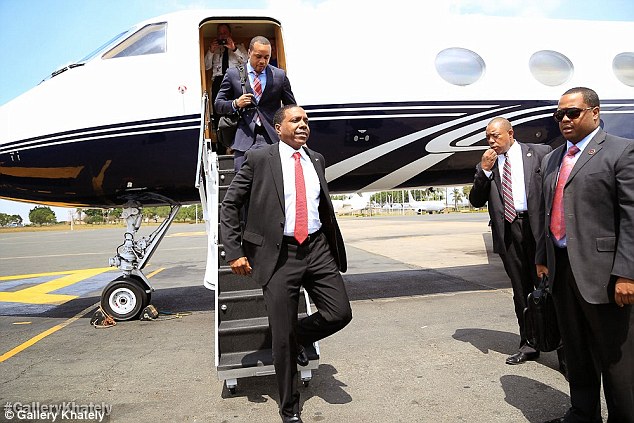 Eight years ago, Creflo Dollar got hit upside the head with the grace stick. Suddenly he was fully embracing the antinomianism teachings of Joseph Prince. He even went as far to preach that Christians should not have the Ten Commandments hanging in their houses. The law? That was for suckers because we got grace! This created a theological problem for Creflo, which I wrote about in 2014. His new beliefs conflicted with his old beliefs. In order to go full greasy grace, one must come against the Law of Moses in the life of the Christian. Thou shalt not? Nah, don't worry about it! Grace covers you! The problem is tithing is part of the law and nobody preached more tithing than Creflo Dollar. He was the forerunner of the abusive tithing teacher. He taught that we were little gods. He taught seed theology where you just had to plant money with him, and God would give you harvest in your life. Creflo beat this into his sheep until he had established a personal net worth of over 27 million dollars. So, with his sheep lying in bloody submission all around him, Creflo rolled out the new grace message. He tried to have it both ways, never acknowledging the conflict and instead claiming that the ten percent was just a starting point. So, he ignored the obvious disagreement his own teachings held and asked for more money. Apparently until last week when in a sermon he appeared to denounce tithing. Let us reason once more through part of this transcribed sermon (thanks to Protestia) to see what the Dollar-Man might be up to.

"I want to start off by saying to you that I'm still growing, and that the teachings that I've shared in times past on the subject of tithing were not correct. And today I stand in humility to correct some things that I've taught for years and believed for years, but could never under understand it clearly, because I had not yet been confronted with the gospel of grace, which has made the difference." - Creflo Dollar

Let me be clear. This opening is appreciated. This is 100% true for all of us. Anyone can realize later in their preaching that they had something wrong. Myself being saved in a Charismatic church believed several things incorrectly that I had to come to grips with in my ministry work. Returning my Assemblies of God credentials was not easy for example, but it was the right thing to do based on how far off the rails they had gone. So, admitting you have been wrong is terrific, but the way is disturbing because Creflo is essentially saying he is abandoning one false teaching for another. Believing that Christians have no use for the law is heresy. That heresy is just as bad as tithing and creates just as many victims except the tither is not subject to errors related to their salvation. The other point here is the time. As stated, Creflo, by his own admission, was "confronted with the gospel of grace" at least eight years ago! What has he been doing since then? Preaching grace and tithing! He has still been fleecing his flock for at least eight years after embracing the false grace theology. All of this points to a pastor who has proven himself disqualified.
"I won't apologize because if it wasn't for me going down that route, I would have never ended up where I am right now. But I will say that I have no shame at all, at saying to you, 'throw away every book, every tape, and every video I ever did on the subject of tithing, unless it lines up with this'. I've done some corrective teaching in Atlanta last 10 years, but not to the degree of what we're getting ready to do now." - Creflo Dollar

That has to be the stupidest rationale for not apologizing I have ever heard. Realize that he would not be apologizing just for the false teaching but for the robbery that ensued from it. Twenty-seven million dollars' worth of apologizing. Throw away the books, tapes and videos? How about refunding their money Creflo? It is interesting that he feels as if he started to correct over the past ten years but now, we should be getting ready for the whole enchilada. Paint me skeptical as it was only 2015, after he was introduced to grace, that Dollar asked his sheep to pay for a new 60-million-dollar private jet.

"So why is this important? Because religion is sustained by two factors, fear and guilt. And if there's one subject that the church has used, for a long time, to keep people in fear and guilt, it is in that subject of tithing, and it has to be corrected, and it's got to be corrected now. I may lose some friends, preachers may not ever invite me no more, but I think I already been through that, so it doesn't matter." I want you to get to a particular place where you understand that he is not requiring New Testament believers to operate in the Old Testament system of tithing, which included a blessing and a curse. If you're under grace, Jesus took the curse away, and you already blessed. - Creflo Dollar

Credentialed Minister of the Gospel for the Assemblies of God. Owner and founder of 828 ministries. Vice President for Goodwill Industries. Always remember that in all things God works for the good of those who love Him and are called according to (more...)
Related Topic(s): Tithing, Add Tags