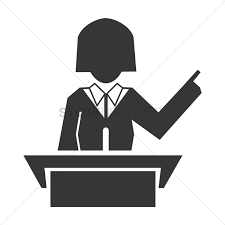 And her prophets have smeared whitewash for them, seeing false visions and divining lies for them, saying, 'Thus says the Lord God,' when the Lord has not spoken.-- Ezekiel 22:28 (ESV)

I saw an article today from J. Lee Grady asking if we will ever stop arguing over women being allowed to pastor and preach over men. While I share his frustration the answer is never as long as people like Eddie Hyatt insist on mangling the Word of God to push Christo-feminism upon the body of Christ. Hyatt has literally written books on this subject where he packages all of same old tired and unbiblical arguments to convince women to disobey the word of God. This subject is not nearly as controversial as people like Grady and Hyatt make it out to be. On one side are clear directive scriptures that even provide God's reasoning for why He has ordained that women are not to exercise authority over men in teaching and preaching. These are the Scriptures:

As in all the churches of the saints, the women should keep silent in the churches. For they are not permitted to speak, but should be in submission, as the Law also says. If there is anything they desire to learn, let them ask their husbands at home. For it is shameful for a woman to speak in church. -- 1Corinthians 14:33-35 (ESV)

These are not ambiguous beloved. I do not permit seems pretty straightforward. On the other side of the argument you have forces aligned to discard these clear directive scriptures in favor of absolute nonsense. First, they try and say that Paul was a misogynist; completely forgetting that God wrote the bible, not Paul. Then they try to muddy the waters by reading into the roles other women had in bible history. Suddenly people who are referred to once as a "helper" are elevated to a position of "deaconess", a word which would be created for another thousand years. Men such as Junias suddenly become a woman, Junia. Or they will insist that in this one spot in the bible we must apply cultural arguments and assume that Paul was only speaking to the church at Ephesus, which of course ignores the Corinthians verses and his insistence that this applies to "all the churches of the saints." I thought I had saw everything until I saw the final desperation Hail Mary play today from Hyatt. Now he is claiming God told him to affirm women pastors. What a transparent sham. The idea of course is that once you claim the direct revelation card you elevate your own wickedness to the same level as scripture. We of course know this is absurd for one simple reason. God would never violate His own word. Never. So, let us reason once more through the depraved mind of Eddie Hyatt:

"It was a Saturday evening, and I was prayerfully preparing to speak the following morning at a church that had been founded, and pastored for many years, by a woman. I had ministered there before, and it seemed like a very successful church that loved and respected its female pastor.

For years, I had studied the issue of women in leadership and had become convinced that God calls women to preach, pastor and do all the things He calls men to do in the church. However, as I considered a topic for my message, I said to myself, "I don't need to address the 'woman issue' and show the biblical basis for women in leadership. Gloria is respected and loved by her congregation, so there is no need for me to go there." Despite my prayers and preparation, I went to bed without a sense of direction, but having decided I would not address the issue of women pastors and leaders." -- Eddie Hyatt