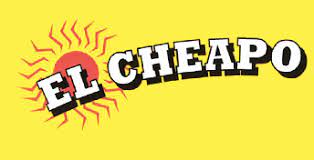 For you know the grace of our Lord Jesus Christ, that though he was rich, yet for your sake he became poor, so that you by his poverty might become rich. - 2Corinthians 8:9 (ESV)

It's baaccckkk. Truth be told it never really goes away. It is always lurking there in the background of nearly every heresy offered by the apostate church today. It drives the false signs and lying wonders. It is one of the reasons why dominionists worship this country. The love of it remains the root of all kinds of evil. It is of course money. It is greed. It is the selfish dreams of avarice that in the church is often referred to as the prosperity gospel. It is biblically indefensible but every now and again someone decides they want to play dress up and pretend they have figured out the secrets about how you can love both God and money, despite what the bible says. The above linked article is from the latest to attempt to biblicize the pursuit of wealth written by Pastor Jim Baker. No, not that one. This Jim Baker holds court in Ohio and just some cursory research of his church's website gives you reason to pause and realize how bad his theology must be. He promises five things if you attend his church. Does this list include a deeper understanding of the word of God? Does it include a more reverent reliance upon the Holy Ghost? No. Among the five are the promises that you will become best friends with Jesus, naturally supernatural, and debt-free and outrageously generous. This makes even more sense when you see that among his favorite authors are the wild-eyed Bethel heretics, Bill Johnson and Kris Vallotton. That is where he gets his silly notions of biblical greed and being naturally supernatural. That is pure Bethel teaching. The bottom line is that Jesus is not going to be your best bud. He is not your wing man. He is your Lord and Savior or He is nothing to you. Nonetheless, let us reason through this latest attempt to put lipstick on the pig that is the prosperity gospel.

"What are the two most hotly debated charismatic doctrines in the past 30 years? I'd say those regarding God's provision for healing and finances. He used these controversial doctrines to teach me a key truth: The gospel of the kingdom includes prosperity. Prosperity is not the whole gospelbut the gospel is incomplete without it. If the enemy can keep you sick and poor, he will severely limit your destiny. I can hear people now: "I can't stand that 'health and wealth gospel.'" But I've got some good news for you: Jesus didn't die and rise from the dead for the "sickness and poverty gospel." The same Jesus who, for six hours on the cross: bore our sickness (Isa. 53:5), became cursed (Gal. 3:13), became sin (2 Cor. 5:21), also became poorso that you might be rich: "For you know the grace of our Lord Jesus Christ, that though He was rich, yet for your sake He became poor so that you through His poverty might become rich" (2 Cor. 8:9)." - Jim Baker

As is often the case with folks trying to defend this they deal in absurd either-or scenarios. According to Baker you either believe in the health and wealth gospel or you believe in the sickness and poverty gospel. As if there is nothing in between these two extreme positions. As if you can't believe in God's ability to heal without robbing Him of His sovereignty. The other early "tell" here is the tying of one's destiny to money. That God can only use us if He gives us the cash first. Yet the Apostles had no money, and they turned the world upside down with the gospel.

'"Well Jim, this means that we would be rich in spiritual blessings, not money," you may say.

I disagree. Second Corinthians 8-9 focus on finances and giving. The Greek word translated "rich" in these verses speaks about material wealth in other places in the New Testament (see 2 Cor. 9:11). Paul's use of the term "the grace of our Lord Jesus" means Christ paid for your provision at the cross. Does anyone else consider this good news? I understand that there has been bad teaching on finances and prosperity in the past. But there has also been bad teaching on heaven, and I still plan on going there. Fear of error is not a reason to ignore the truth.

Examine what 2 Corinthians 9:8 says about finances: "And God is able to make a little bit of grace squirt out to you if you are good enough." No, that's not what it says. Instead, it says: "And God is able to make all grace abound to you, so that having all sufficiency in all things at all times, you may abound in every good work" (my emphasis). If that verse isn't true, John 3:16 isn't either.' - Jim Baker