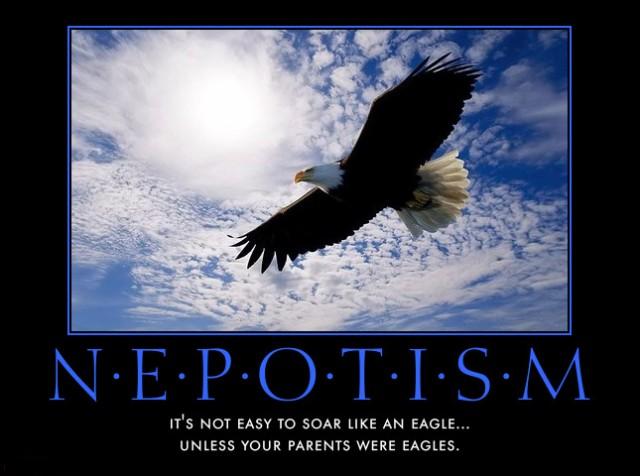 Keep a close watch on yourself and on the teaching. Persist in this, for by so doing you will save both yourself and your hearers. - 1Timothy 4:16 (ESV)

John MacArthur has been long considered Teflon in evangelical circles. Widely respected, Johnny Mac has always preached a no-nonsense Gospel message that correctly spoke against the most egregious false teachers of our time. His ministry effort, Grace to You, has been a valuable resource over the years, for the most part. I add that caveat because MacArthur has not been infallible. He is a staunch Calvinist who cannot see that his theological underpinnings are inherently false. Now, when he is not speaking about Calvinism and predestination, he is typically spot on. He caused a kerfuffle last year when he correctly admonished false teacher Beth Moore to go home. Where he went off the rails last year and into this one is with his stance related to the COVID virus. Initially, MacArthur shut down his church but after being out of action for a while, he rapidly changed his mind. So he thumbed his nose at authority and blatantly defied state ordinances to reopen his church in the middle of a lethal pandemic. Suddenly he was the darling of the NAR dominionist crowd and was being interviewed by Stephen Strang at Charisma News. His world-famous discernment seemed all but eviscerated in his zeal to get back behind the pulpit. His written defenses of these decisions were biblically illiterate, as they would have to be since the decision was so clearly one of the flesh. The result was pictures from his church of maskless thousands followed by a reported outbreak. The MacArthur defenders insisted that there was no outbreak but their objection was merely one of terminology. The bottom line is that people from his church contracted COVID due to his negligence. MacArthur himself just returned after a month absence for an illness he refuses to disclose. I say this as a backdrop to examining a new expose compiled by The Roys Report regarding the finances of John MacArthur. For those who are unfamiliar with Julie Roys, she did some fine work exposing the abuses by Pastor James MacDonald. Her MacArthur Report is linked above for reference as we reason once more together:

'"For decades, John MacArthur has railed on prosperity preachers, likening them to "greed mongerers" who led First Century cults. Recently, he's also taken aim at scandal-plagued evangelical leaders, like the late apologist Ravi Zacharias and former Hillsong Pastor Carl Lentz, saying these celebrities were in ministry only for the money. That's why "liars and frauds and false teachers" are in business, MacArthur said in a recent sermon. "False teachers always do it for the same reason--filthy lucre, money." Yet according to financial statements and tax forms obtained by The Roys Report, John MacArthur and his family preside over a religious media and educational empire that has over $130 million in assets and generates more than $70 million a year in tax-free revenue. MacArthur and his family and related companies have been paid more than $12.8 million from ministry and donor funds. And MacArthur owns three luxury homes worth millions. In one year alone, MacArthur made more than $402,000 for part-time work at his broadcast ministry, Grace to You (GTY), and another $103,000 from The Master's University and Seminary (TMUS). This was in addition to MacArthur's salary from the megachurch he pastors, Grace Community Church, as well as book royalties and speaking fees.

In fairness, I have never heard John MacArthur utter one word in favor of prosperity preaching, so the complaint here is simply that his lifestyle may not match up to his preaching. This is an often-overlooked facet of discernment and false teaching. We tend to overly focus on the teaching and shy away from examining how the preacher is living. The key verse from today is Paul instructing his prote'ge' Timothy as he embarks on his life as a pastor. He tells him to only guard two things. His life and his doctrine and by doing so promises he will save both himself and his listeners. Doctrine is obvious because only the true Gospel can save anyone. The command to guard his life however is more personal. A preacher of the Gospel must be above reproach. That said, money in an of itself is not indicative of someone who is not guarding his life. It merely opens the door to sin but one must still choose to step through it. The bible says the worker (pastor) is worth his wages so I do not begrudge a preacher who is successful. The question is if it crosses some point of unseemliness. If it begins to damage your witness for Christ. So far what disturbs me is the need to continue to take salary from the church he operates. Even wild-eyed heretics like Joel Osteen does not take a dime from his church because he does not need to with the money he makes selling books. The three homes seem excessive as well but we will get into that later.

Also, in a scenario very similar to Ravi Zacharias International Ministries (RZIM), the board of GTY has been stacked for decades with MacArthur family members. Like RZIM, GTY also stopped filing IRS 990 tax forms in 2015, which enabled the ministry to keep executive salaries secret. Grace Community Church (GCC) refuses to release its financial statements in violation of a core standard of the Evangelical Council on Financial Accountability (ECFA) of which Grace was a member. When I contacted the ECFA about GCC, Compliance Team Lead Jake Lapp replied that the ECFA requires its members to provide a copy of their current financial statements upon written request. He added, "We have been in communication with the church regarding this requirement and expect you will hear a response soon." That was 10 months ago. To date, I have not heard back from GCC, even after emailing the church again to request financial statements. However, I recently learned that GCC resigned from the ECFA less than two weeks after Lapp contacted the church about complying with ECFA standards.* I also reached out to Grace Church elder and GTY executive director, Phil Johnson, inquiring about some of these matters. Johnson responded that some of the information I requested is "a matter of public record. A real journalist would know that." (The composition of GTY's board is publicly available; the answers to my other questions were not.) Johnson further stated that his email, dated March 23, 2020, would be "the last correspondence you will receive from me. Nor will anyone who speaks for our ministry ever answer questions for you regarding any story you intend to write."' - Roys Report

It is such a shame that the ugly head of nepotism seems reared in every ministry today. Pastors wives automatically referred to as pastor as well even though they are not. Given the title of office manager or head of Christian education just so the pastor can effectively draw two salaries from the church. We have all seen it before. What is also worrisome is the financial secrecy. This is another trait of famous preachers. I have written abut how Franklin Graham changed the status of his two charities to "collective of churches" with the IRS so he would not be compelled to release his salaries, which probably total over a million dollars a year at this point since they were over 800K a few years ago. Churches largely subsist on money given to them by their congregants. Transparency must be paramount. The only reason to hide something like this is you don't want people to see it. Secondly here, who does Phil Johnson think he is? What is with the rudeness? To insult someone making an inquiry and then promise no one will ever answer any questions they may have in the future? My experience has always been that when there is that much anger surrounding a fair request there is usually something going on. Where there is this much smoke, you can guarantee there is a raging fire somewhere.