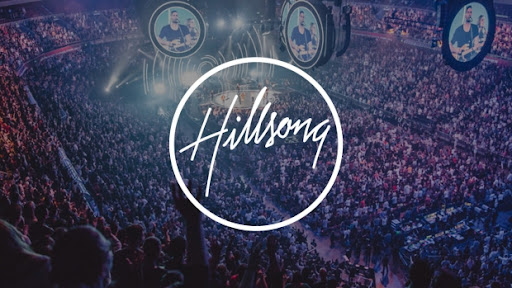 Hillsong is an international source of rank heresy and unchristian behavior. Founded in 1983 by Brian Houston, Hillsong has grown to cover the globe and is well known for their NYC and London locations as well as their home in Australia. They have become home to several celebrities such as Justin Bieber and Kevin Durant. And why not? They present as the quintessential carnal church that appeals to our flesh and refuses to address our sin. This is the same church that had the "Sleezy Silent Night" production a few Christmas' ago. London once mixed in the club song, "You Got To Move It, Move It" with their worship. Scandals have dogged them since their beginning, with Founder Brian Houston still answering questions about the pedophile abuse churchgoers suffered under his father. More recently we saw a New Jersey Hillsong married pastor step down after sending pictures of his genitalia to a female congregant. Then of course there was the very public embarrassment of Carl Lentz, pastor to the stars who could never answer straight questions about sin. We didn't realize it was because he was having his own affair on his wife at the time.

People ask all the time whether they or their church should listen to Hillsong music, which generates so much of their revenue. The obvious answer for discerning Christians is absolutely not. First of all, you provide money directly to their demonic ministries but beyond that you endorse them tacitly. People see who you listen to and assume they are ok. This is especially true if you are a church. Does Hillsong have some biblical songs? Of course they do! Even false teachers routinely preach correctly! The theology for their songs however must come from their experience as congregants of Hillsong. The same goes for outfits such as Jesus Culture and Bethel Church and Elevation music with Steven Furtick. The bottom line is we should not be listening to sketchy worship music that could be doctrinally wrong and only serves to bring more people to those ministries.

So, what happened this time at Hillsong? A pastor's daughter from Pennsylvania named Anna Crenshaw decided to study abroad at Hillsong in Australia. I can only imagine growing up in churchianity and the heart of the purpose driven explosion, the opportunity to study at Hillsong must have been very coveted. One night at Hillsong she was asked by Jason Mays if she would be staying the night at a party they were both at. Mays probably seemed safe enough being the married son of the head of Human Resources for Hillsong as well as an employee of the church and worship leader. Yet the reports show that while the males at this party were allowed for some reason to have one drink, Hays kept indulging to the point of drunkenness. In a 2018 statement, Crenshaw states:

"Jason grabbed me, putting his hand between my legs and his head on my stomach and began kissing my stomach. I felt his arms and hands wrapped around my legs making contact with my inner thigh, butt and crotch," - Anna Crenshaw

Apparently, another male removed Anna from any further harm as the incident was witnessed by many. Hillsong went into defense mode trying to rehabilitate Mays at Crenshaw's expense. Despite this Jason Mays pled guilty to "assault with an act of indecency" in 2019. Yet even this is downplayed by Houston and Hillsong by declaring it was not the higher charge of sexual assault. Hillsong and even the magistrate tried to minimize this act as a "hug gone wrong." Seriously? Then why in the world would you charge him with an assault? Why after three months had passed since the incident did Hillsong place Jason's wife as the leader of the ministry Anna was serving in? Why had no one spoken to Jason's wife up to that point about the entire incident? When Anna met with the pastoral care team they suggested she find another ministry now that Jason's wife was there. Nothing like victimizing the victim. There would be one Sunday that the two worked the same service and as a result, Jason's lawyer called the police to complain that Crenshaw was going out of her way to be around his wife and family. Who was the perpetrator again? Jason Mays was and he soon returned to leading worship after all this and remained employed by the church. When asked how these things could be true, Brian Houston had the nerve to respond:

"The Lord has forgiven Jason and we felt he deserved another chance after we weighed up the judge's findings and comments. As well as giving consideration to the suspension Jason had served and the conditions he had met. He was restored to paid work and volunteering, which we believe to be in line with biblical principles of discipline and restoration. One thing I do know is that we are not talking about a sexual predator here. We're talking about a young man, young married man who did something stupid. Got much drunker than he should, which is an issue that we should keep addressing, and got himself in a bad situation." - Brian Houston

Really? A 23-year-old married worship leader and employee commits an assault with an act of indecency on a woman not his wife, then tries to downplay it, then has his lawyer call the police to victimize her further, and you think this is within the biblical standard for discipline and restoration? It is not surprising as this is the norm for apostate churches today. The primary focus is on protecting the brand. Secondarily, the focus is on this unbiblical form of restoration. Throw enough shade at the victim and they will go away but it is crucial that the accused return to their previous role to give the appearance that nothing was ever wrong. In November 2006 Ted Haggard was the head of the National Association of Evangelicals and then he was accused by a male prostitute of paid homosexual sex with crystal meth for decades. Haggard denied until he could not and then stepped down in disgrace. Just three years later and to this very day however, Ted Haggard is still an evangelical pastor. Mark Driscoll stole $250,000 in tithe monies and wrecked the faith of thousands in Seattle yet just a couple years later he would open a new church in Arizona, where he serves until this day. Tullian Tchividjian returned to ministry after an affair declaring it was ok because the woman's actions were consensual! Nothing to do with his wife at the time! Israel Houghton? Still out there making money from "Christian" music despite his messy divorce and unfaithfulness. This is simply how the Evangelical Industrial Complex operates. The official response from Hillsong to the 60 minutes expose left much to be desired. First there was the excuse making for the perp:

There are several reasons why Jason Mays was given another opportunity to remain on staff including the comments of the magistrate who chose not to record a conviction, asserted the "low level objective seriousness of the offence" and acknowledged that it occurred in the presence of several other people who did not fully corroborate her version of the events. Jason was placed on a two-year good behaviour bond for 'assault with act of indecency' (not sexual assault), including stringent requirements that he has followed diligently. Additionally, the Magistrate spoke to the significant punishment already received through his employer (Hillsong) with suspension relating to paid work and volunteering activities. Jason works in an administrative role and is not, and never has been, in a leadership position. One of the cornerstones of our Biblical beliefs as Christians is forgiveness and redemption. It is important Jason is allowed this as well. - Hillsong Church

So, based on the actions of the worldly magistrate you restored Mays? Who cares what the world thinks? Who cares if they minimize an assault with an act of indecency? Should the church? Is your defense essentially, well yeah he assaulted her but it wasn't rape! Is that the pathetic standard you set as an international church with the world watching? The cornerstone of Christian teaching is indeed forgiveness and redemption but not as it relates to ministry positions of employment with the church. God will forgive Jason and still redeem him if his repentance was real. That does not mean he must be restored somehow to where he was when he made the offense! God might very well forgive a contrite Tullian Tchividjian but he should never preach again! Also, from the Hillsong statement:

"In relation to Ms Anna Crenshaw, when she brought the initial allegation to our attention, we immediately began an investigation. Care was extended to Ms. Crenshaw throughout the process. At no time was she discouraged from filing a formal complaint or participating in legal proceedings, and it was Hillsong that reported the matter to police." - Hillsong Church

Was it care to initially pretend the incident was not serious? Was it care to insist on putting the perpetrator back on stage to sing? Was it care to move the perpetrator's wife into a direct leadership role over the victim? You are patting yourself on the back for not breaking the law regarding attempting to discourage her? How low have you set the bar for yourself? Do you want to know what you taught young Jason Mays?

"This story of ours has evolved into a weapon that's been used against the Church," - Jason Mays