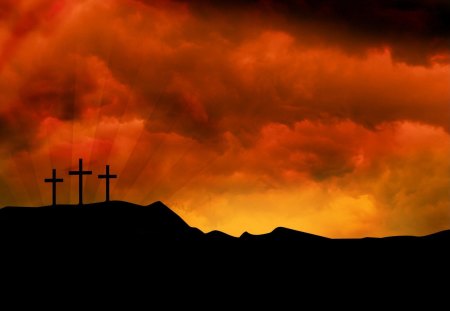 No longer shall your name be called Abram, but your name shall be Abraham, for I have made you the father of a multitude of nations. -- Genesis 17:5 (ESV)

People wonder sometimes why the work of a discernment ministry may seem repetitive. For example, I just recently put out an expose on the poor Charismatic teachings regarding healing and yet here we are again today. We must understand that the enemy is relentless. This response is to two more articles on Charisma just this week that teach horrifically heretical notions when it comes to healing. We reiterate because there are always victims of these types of teachings and not everyone may have caught the piece I put out last week. It is important to remember that these are becoming mainstream teachings within Charismania. They leave a bloody trail of disbelief and wrecked faith in their wake and need to be rebuked every single time. The above two links are to two different articles. One is regarding what to do when symptoms persist despite believing God has healed you by Mark Virkler. The second is from Super-Guru in deliverance or something Kathy DeGraw, and is entitled, "Prophesy This Truth Into Your Life and Watch God Do A Miracle." Let us reason together because one day we will all face the need for healing in our lives and the lives of our loved ones and it is best to understand what the bible says about healing now, so we are not led astray later. That may seem extreme but I have seen how life and death changes faith beloved when the person is not grounded in the truth.

"Restless leg syndrome started seven weeks after open-heart surgery. I prayed for healing and then journaled, and God has told me I was healed physically. Yet the symptoms of the infirmity persist. So now what do I do? Acknowledge I still have restless leg syndrome, or acknowledge that I'm healed? It appears to me that miracles and healing occur when I hear His spoken promise to me, believe this spoken word, see a vision of the healing completed and feel the emotions of being fully restored, causing me to speak and act according to these promises!" -- Mark Virkler

This is a spiritual mess. Virkler appeals to our desire for secret gnostic information found outside of scripture. I do not believe for a skinny minute that God told him he was healed. Do you know why? Because he would be healed if that was so! He would not have had to guess why he still felt this or that. God is not ambiguous. The power of suggestion however, is an integral part of any false healing ministry. I remember once there was a traveling evangelist/healer at the church I was attending. A good brother I knew had always suffered from a bad hip and was facing the certainty of hip replacement surgery. Naturally, he went down for the "healing line" and had hands laid upon him by this huckster. My friend started dancing at the altar, running up and down and declaring the wonderful healing power of the Lord. A week later he limped up to his regular station at the sound board and I asked him what happened to his healing. Needless to say, he was never healed but he wanted to be so badly that he temporarily convinced himself he was. Thankfully, he was mature enough to not blame God but how many others did not know who to blame long after the travelling healing show packed up their snake oil and love offering and headed to the next town. Now here comes Mark Virkler to set up people to blame themselves for lack of faith or God for not delivering. It is beyond sinful.

"When I do all of the above, my healing and recovery spring forth. Abraham experienced a miracle of a promised son when he was 100 years old (Gen. 21:5). He believed God's spoken promise (Gen. 12:1, 2), held a vision of the promise fulfilled (Gen. 15:1, 5, 6) and spoke the promise. You will note that Abraham spoke his new name--"I am Abraham" (literal meaning is "father of many nations," Gen. 17:5) for a full year before his wife gave birth to their first child. Abraham felt so impassioned by this vision and promise, he was emotionally prepared to act on it by taking his son to a mountain top to slay him in obedience to the spoken word of the Lord (Gen. 22), believing that God could raise him from the dead (Heb. 11:19). This made Abraham a friend of God (James 2:23). "He did not consider his own body, already become dead, (being about a hundred years old,) and the deadness of Sarah's womb, and at the promise of God did not stagger in unbelief, but was strengthened in faith, having given glory to God, and having been fully persuaded that what He hath promised He is able also to do: wherefore also it was reckoned to him to righteousness" (Rom. 4:19-22, YLT)." -- Mark Virkler

Genesis 17:5 is the key verse today and does not have Abraham declaring his new name. God declares it. God has the power to call things that are not as though they were because He see all time. He knew Abraham would be the father of many nations. Mark Virkler and you will soon see Kathy DeGraw try to usurp this power. Yes he showed faith, which is why he is considered the father of faith. None of this however has anything to do with healing. His wife Sarah in fact died and he remarried later in life. There was no miraculous healing for her. What Virkler is doing here is muddying the waters trying to leverage the faith of Abraham becoming the father of many nations into believing in healing regardless.

Credentialed Minister of the Gospel for the Assemblies of God. Owner and founder of 828 ministries. Vice President for Goodwill Industries. Always remember that in all things God works for the good of those who love Him and are called according to (more...)
Related Topic(s): Faith; Healing, Add Tags
Add to My Group(s)
Go To Commenting
The views expressed herein are the sole responsibility of the author and do not necessarily reflect those of this website or its editors.