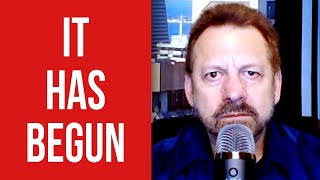 There was probably a time when Mario Murillo had what seemed normal within Charismaniacal circles. For a long time, he ran healing ministries out of Berkley California. He always claimed supernatural healings, as were the norm for that time. I was not there all those decades ago, so I will give him the benefit of the doubt. God can always heal and use whoever He wants. Those days gone past however have not given way for more productivity for the kingdom. Unfortunately, Murillo went off the tracks years ago when he started worshipping America and embraced nationalism as a theology. The four decades that comprise his ministry saw the church veer to the far right, embrace the Republican Party, and fully embrace dominionism. The through line is evident from the worship of Ronald Reagan despite his battle with Alzheimer's and penchant for overthrowing third world governments, through the Moral Majority skewering Bill Clinton, through advocating to vote for a Mormon in Mitt Romney, through the deification of a more amoral man than Clinton in Donald Trump.

As bad as this has been, the past few years have seen a steady decline in the apparent sanity of Murillo as he rails against anyone who stands in the way of the Republican Party. Back in April he actually claimed that anyone who did not vote Republican was going to hell. Just consider the insanity of such a teaching. You could have all the faith in Christ you like, work helping the homeless for a career and do annual missionary trips to spread the love of Christ and the gospel but if you voted for Bill Clinton in 96, it is straight to the down escalator for you! Then a short while ago, Murillo instructed his followers to dump all of their Christian friends who refuse to vote Republican and jump in an imaginary river he was hallucinating about. So, the signals have all been there that has led to the article above where Murillo embraces the most insane conspiracy theories usually reserved for QAnon folks. Beloved if you follow Murillo, I would recommend distancing yourself far away because it is time to seriously worry about the obvious decline in his mental health. Let us reason once more.

"They will make the greatest bid for world domination in history. It is no longer just armies that threaten freedom"it is corporations and corrupt politicians. I believe that evil in all of its vile colors is even now rising to try to crush our freedom and our churches. They wield astonishing power. They have mountains of money, unlimited connections and enormous influence. Will they destroy nations and borders? Will they drive the church underground? Is it possible that they can indeed plow under the entire moral foundation of America, and even the world?" - Mario Murillo

Wow. That must be some force Murillo is referencing. It wants to crush our freedom and our churches? They want to destroy our borders? Drive our church underground? They seek to plow under the entire moral foundation of America and even the entire world? If this sounds batsh*t crazy that is because it is. No one is trying to destroy churches in this country. Christians still overwhelmingly control all levels of government in the United States. What Murillo traffics in is the same nonsense the entire apostate church is wrapped up in. Their opinion and politics says that who gets to marry each other is the moral foundation of America. Their opponents may say that impoverishing the poor and not feeding the hungry speaks to the moral foundation of this country. Both may be correct. Both may have biblical support. But for Murillo, mere disagreement means the opponent is hell-bound, unredeemable and the enemy in his imaginary war.

"Barack Obama, George Soros and Bill Gates have plans"plans that could envelope the world. They are feverishly putting the finishing touches on strategies to redefine the human race. They are the apostles of the "new normal." Conspirator number one, Obama, wishes to rule through a puppet president. Soros, the second one is funding and managing global anarchy. The last one named, Bill Gates, seems to be pinning his hope on a mandatory vaccine." - Mario Murillo