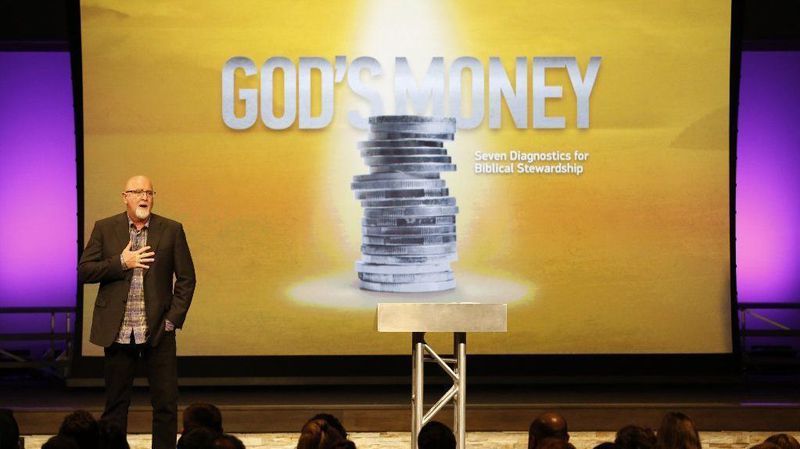 Therefore an overseer must be above reproach, the husband of one wife, sober-minded, self-controlled, respectable, hospitable, able to teach, not a drunkard, not violent but gentle, not quarrelsome, not a lover of money. -- 1Timothy 3:2-3 (ESV)

We see it all the time. A popular and successful pastor resigns in disgrace only to magically reappear months later claiming repentance or some sense of piety that will generate the waves of forgiveness chatter that will grease the skids for their return to ministry. Mark Driscoll stole $250,000 in tithes to cheat the NY Times Best Seller List and bragged about the people he victimized in ministry by referring to them as "the pile of dead bodies behind the Mars Hill bus" he was driving. Within a year he had a sparkly new church to abuse and is back on the writing circuit as if any Christian should ever want to hear what he has to say again. Do you remember Ted Haggard? He was the head of the National Association of Evangelicals over a decade ago and used his pulpit to rail against homosexuality while he was secretly carrying on a decades long relationship with a male prostitute he did crystal meth with. While Driscoll slinked away in the night to start his new church in a different state than the one he had just destroyed, Haggard just opened a new church in the very same state. He is still pastor there to this day. Tullian Tchividjian has just started his new church after declaring that his affair with a congregant a few years back was not abuse because she consented to it. This is the sad state of the apostate church today. Sinners in the world are villainized at every turn while those who are clearly disqualified from ministry are rushed back into the pulpit to generate money for the Purpose Driven Industrial Complex.

Before we get to MacDonald, let's deal with the notion of forgiveness and restoration. Christians are and should be the most forgiving people on the planet because we understand what Jesus forgave of us. When Driscoll, Tchividjian, or Haggard fell, no one was rooting for their eternal demise. Restoration however is related to their walk, not their ministry. The bigger issue each man faced was their need for personal repentance, not that they lost their job. I just do not understand why we cannot follow the bible. The key verse is just the first portion of the qualifications of a pastor. Reproach simply means disapproval or disappointment. All three of the examples discussed will always be remembered for what they did in the authority positions within the church. That is not unforgiveness. The issue is not fairness to the disgraced pastor but rather fairness to the body of Christ. It is also to avoid the obvious appearance of rabid hypocrisy which will not be missed by the lost. There is real damage to the witness for Christ and the cause of the Gospel. So forgive? Absolutely. Restored in their walk? We should pray for that. Return to the pulpit? Sorry but no.

This brings us to the case of James MacDonald. He had grown Harvest Church in Chicago to over a 12,000 per week attendance, with multiple sites and a TV and radio broadcast ministry that was national and extremely popular. As his ministry grew however, MacDonald became increasingly hostile, bullying, and financially reckless. When the story first broke, I had written this:

The stories of abuse for anyone who challenged MacDonald were far worse than this. He was then recorded in an interview with a radio personality where he stated that he wanted to plant child pornography on the computer of someone who dared to write about his abuses at Christianity Today. He was summarily dismissed from Harvest Church and he in turn tried to sue them because you know, when you do not follow the bible anyway, why not? This month, as reported by Religion News, Harvest Church declared MacDonald "biblically disqualified" from ministry:

In a statement released Sunday (Nov. 3), the church elders found MacDonald was prone to anger, "had a pattern of improperly exercising positional and spiritual authority over others to his own advantage" and sought to profit from the church's ministry. "Because of these findings, James was biblically disqualified from the position of Elder, meaning he did not meet the spiritual standards to which a Harvest Bible Chapel Elder is held," the statement read. "The Bible does not teach that disqualification from ministry is permanent; however, with the scope of the damage caused by his behavior, James will not be able to serve again as an Elder or Pastor of Harvest Bible Chapel."