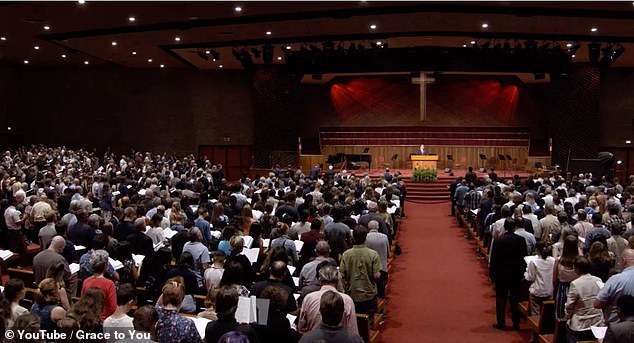 Rodney Howard Browne. Robert Jeffress. John MacArthur? It seems Johnny Mac has some strange bedfellows recently yet even that has not swayed him from the path he has now chosen. The once revered MacArthur as decided to thumb his nose at authority and open up his mega church in the midst of the greatest pandemic in 100 years. Some feel I was too hard on MacArthur but you must understand that the same level of discernment must always be applied evenly. This decision shows a basic lack of caring for the sheep he was entrusted with. MacArthur knows better than most that he is a shepherd and the last thing a shepherd should do is bring harm to his sheep. That Mac does not see it this way is irrelevant. He is mistaken. Last weekend he crammed 7000 maskless congregants into jammed spaces, practically begging for a super-spreader event. Hyperbole? Ask the one Ohio man who infected 91 people by simply attending church when he was not aware he had COVID. It is time for the church to stop being the stupid people. It is time for the church to start caring about people again. The story at the above link is from a secular source. I am just examining the comments attributed to MacArthur. Let us reason once more.

"People started slowly coming back, and they just kept coming until there were six or seven thousand." - John MacArthur

Mind you the state order limited gatherings to no more than 100. You can disagree. You can petition the state. What you cannot do is decide on your own to violate Romans 13 because you do not like the order. It is petulant and unbiblical. It is also reckless and dangerous. Now MacArthur had originally abided by the order but seemingly ran out of patience. If you look at the pictures from last weekend at his church, you will see people cramped into the space, thousands of worshippers, with barely any wearing masks. How many will catch the virus is still left to be determined. How many John MacArthur allowed to die will soon follow.

"MacArthur explained to CNN that he viewed the restrictions set forth by the Gov. Gavin Newsom 'not constitutional,' 'burdensome' and declared they make 'no sense' in light of the actual numbers of death numbers his congregation has experienced." - John MacArthur

Seriously? The state banned gatherings and you complied, resulting in decreased fatalities within your congregation and then you use the fact that you have these decreased fatalities as a rationale for not listening to the state guidance? That is comically juvenile thinking. While we are on the subject - how many deaths are permissible John? How many of the sheep God entrusted to you are ok to die in God's eyes so you can hold church meetings again? Burdensome? Perhaps if you watched a loved one or one of your sheep draw their last breath on a ventilator you might have a better appreciation of the word burdensome. The fact that your opinion is that the restrictions are unconstitutional has no merit. You are a pastor, not as constitutional law professor. The way the country works is you challenge constitutionality in the courts and they decide. During the interim period, you do not get to be disobedient just because you have an opinion. No wonder the church is mocked and ridiculed.

'We don't orchestrate this, this is a church. We don't ask people to make a reservation to come to church,' he said. MacArthur said Grace Community Church, a non-denominational evangelical church built in 1956, originally tried to get creative with the growing crowd size for services.