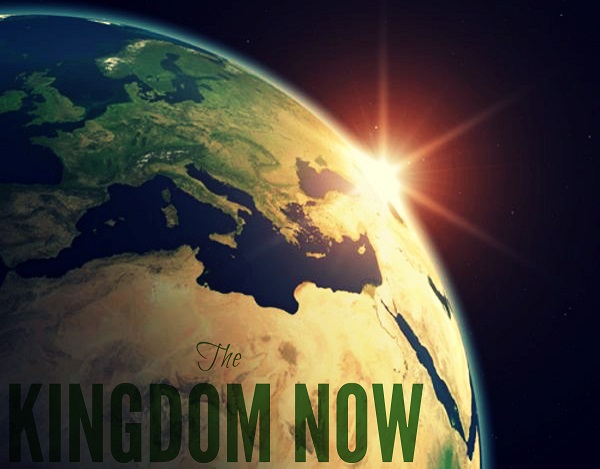 Do not love the world or the things in the world. If anyone loves the world, the love of the Father is not in him. For all that is in the world--the desires of the flesh and the desires of the eyes and pride in possessions--is not from the Father but is from the world. And the world is passing away along with its desires, but whoever does the will of God abides forever. Children, it is the last hour, and as you have heard that antichrist is coming, so now many antichrists have come. Therefore we know that it is the last hour. - 1 John 2:15-18

At the core, the NAR dominioninst theology is the spirit of rebellion. Specifically, a rebellion against God by rebelling against His word. Of course, they do not admit such. Most people who espouse dominionism will never even be able to admit to such. They just think they are being good stewards, or good citizens but the reality is they are espousing NAR dominioninst theology. This is not old beloved. The Kingdom Now theology first became popular in the late 1980s. The NAR has simply placed it on steroids and after decades or poor Pentecostal teachings, has gained traction to the point that the majority of churches are infected. The key verses remind us that we are not to love the things of this world and that by doing so, we show the love of the Father is not in us. Now look closely. God defines ALL that is in this world as the desires of the flesh and eyes as well as the pride of possessions. Now the NAR dominionist pretends they merely wish to change or "influence society", allegedly for the "kingdom" but that is a ruse. They love the world and the possessions it provides. Dominionism defenders seem to not grasp that this world is passing away, as the key verses state. There is no saving it. There is no influencing it. By the way, this does not mean that we are not to address our carnal concerns about this world, our country or our community. The issue is when we interject those concerns into our theology. There is simply no way of doing that without conferring righteousness where it simply does not belong. Suddenly one political party is evil and the other deemed good. Nonsense. They are all of Satan and neither cares about the cause of Christ. There is a reason why all the falsest teachers rally around one party.

One of the staunchest Kingdom Now, NAR dominionists is Joseph Mattera. Mr. Mattera fancies himself an apostle and he believes the apostles need to take over the church and wrestle power away from the pastoral class. You can debate this philosophically but at the end of the day it is just usurpation and rebellion against the word of God. to achieve his ends, Mattera paints opposition to him as a "religious spirit" because he is only worried about "kingdom matters." That kingdom matters he is advocating for however is simply the kingdom now heresy. The above link is to his latest screed on these matters where he outlines 15 perceived differences between a kingdom system and a religious system. Let us reason together once more.

Jesus and the apostles did not inaugurate another religious system; rather, they established the age of the kingdom of God. As we examine the Gospels and the book of Acts, most of the teachings are about the kingdom of God. The church is not the kingdom; rather, it is the primary agent of the kingdom. The church exists to represent God and to manifest the reign of Jesus on the earth. Despite this fact, many churches, historically, have bypassed Scripture and have instead created a secondary tradition that is not close to the way of Jesus and the apostles.

I believe now is the time in which God is shaking the global church and establishing Kingdom principles. God is ripping away and exposing extraneous second-tier traditions and denominational positions that are opposed to His kingdom. Believers need to understand the difference between the characteristics of the kingdom and man-made religion. The body of Christ and its surrounding environment will be transformed only through proper alignment with His kingdom." -- Joseph Mattera

Really. Jesus and the apostles did not inaugurate a religious system? Has Mattera even read the New Testament? Look how much detail Paul goes into regarding the mere structures of church. It is within these structures that the Gospel is preached, which conveys the teachings about the kingdom. Mattera wants to remove the structures because they provide the guardrails. The bible provides the rules. There is absolutely no biblical support for this dominionist nonsense about the church representing God to manifest the reign of Jesus on earth. None. The world is passing away. Jesus did not ask us to manifest His reign, nor does He need our help. We represent Christ on earth by living our own lives according to His precepts. The notion that the church has bypassed scripture, when that is exactly what he is trying to do is transparent and clumsy. Now, are there heretical teachings throughout the known church today? Absolutely and these are among them. That does not mean the concept of church is heretical. Note the NAR language here. Mattera's goal is to transform the surrounding environment, also known as the world. Let's see these 15 differences he sees between his NAR dreams and the current church.

"1. The kingdom focuses on manifesting God in the earth, while religion focuses on applying its traditions inside church buildings. The word "kingdom" implies that there is a king who rules within a region. Psalm 24:1 teaches us that the earth belongs to the Lord, and Psalm 22:28 tells us His kingdom rules over all nations, not just over the church. Consequently, we in His kingdom are called to show that the cross of Christ impacted the whole cosmos, not just the church realm (Col. 1:12-13, 1:20)." -- Joseph Mattera

Credentialed Minister of the Gospel for the Assemblies of God. Owner and founder of 828 ministries. Vice President for Goodwill Industries. Always remember that in all things God works for the good of those who love Him and are called according to (more...)
Related Topic(s): Prophet; Religion, Add Tags