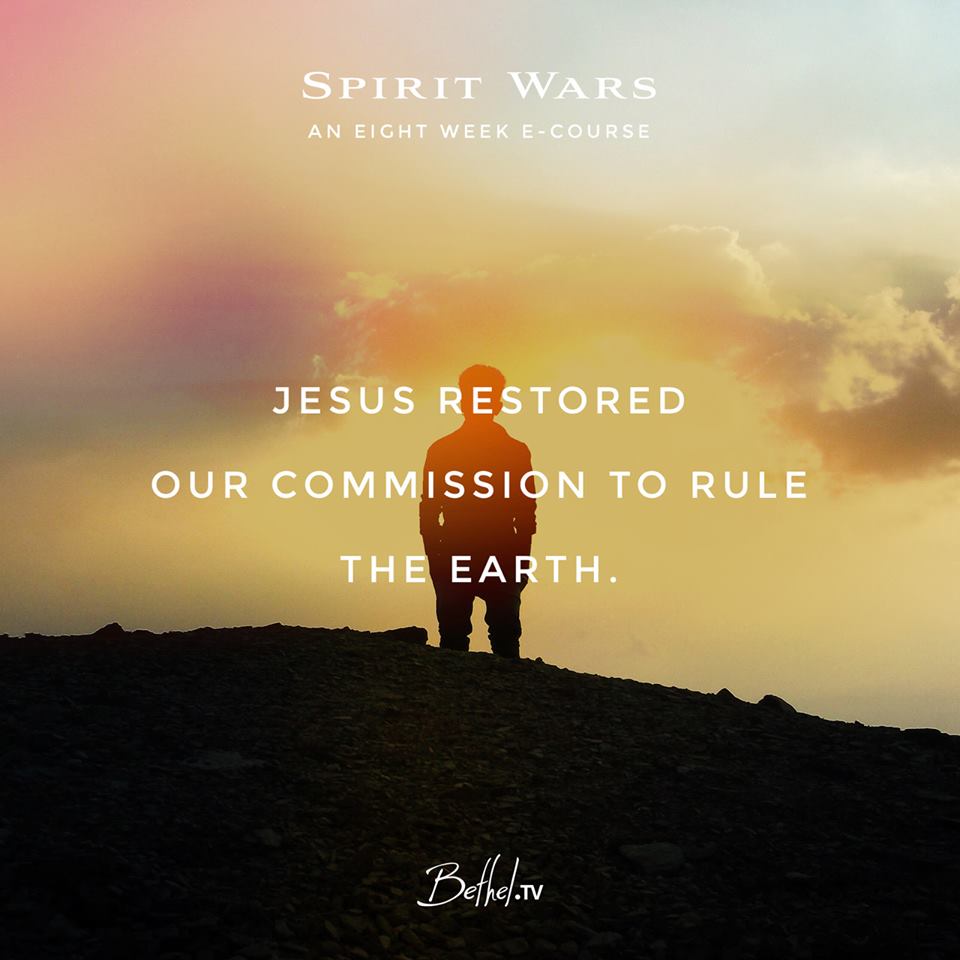 But understand this, that in the last days there will come times of difficulty. For people will be lovers of self, lovers of money, proud, arrogant, abusive, disobedient to their parents, ungrateful, unholy, heartless, unappeasable, slanderous, without self-control, brutal, not loving good, treacherous, reckless, swollen with conceit, lovers of pleasure rather than lovers of God, having the appearance of godliness, but denying its power. Avoid such people. -- 2Timothy 3:1-5 (ESV)

The title of this article from Kris Vallotton was designed to grab our attention and stir controversy. Do Christians have spirit guides? Used in this general context the answer should scream -- no. Kris Vallotton however is playing a little game when he wrote this. Perhaps he thinks he is clever in doing so but all he really revealed is how duplicitous and false he really is. Vallotton is the number two in charge at the cesspool known as Bethel Church in Redding California, presided over by Bill Johnson. Vallotton is known for preaching an absurdly unbiblical prosperity heresy and of course the false signs and lying wonders that put Bethel on the map. I have reviewed many false teachers over the years and Kris Vallotton remains one of the most egregious bible twisters on the planet. While that makes it easy to debunk because he rarely cites a scripture correctly, it is very dangerous because so many follow him and fall for his utter nonsense. Let us reason once more together through the above linked article allegedly about spirit guides and see what game Vallotton is playing today.

"If the title of this blog ignited fear or anxiety in your heart, I'd like to propose that not all supernatural experiences or practices hail from the kingdom of darkness. In fact, the truth is that many spiritual encounters or expressions that are demonstrated in darkness are often a perversion of something created by God! I'm concerned that in an effort to not be deceived, some Christians take things that are spiritually powerful or supernatural and assign them to the New Age movement! Consequently, what's left is a passive, paralyzed and powerless church." -- Kris Vallotton

The title of this article did not ignite fear or anxiety Kris, just utter disdain. Disdain that someone who claims to speak for God could be so deceived. Disdain because people who do not know any better will follow your garbage right up until they day they hear that Jesus never knew them. So let me see if I have your premise correct. You make the delineation between supernatural experiences that hail directly from the kingdom of darkness with those that have been perverted by the kingdom of darkness? Who cares? They both now hail from the kingdom of darkness! The bible does not instruct us to hold to what was once good but only to what is good. The result is not a paralyzed, passive and powerless church but rather one that is biblically informed and thus correct in the sight of God and prepared for the schemes of the enemy.

"I've found that often believers pick and choose which bucket they delineate a spiritual experience to be in based on fear or misunderstanding of how Jesus wants us to operate in the gifts of His Spirit today. For example, when some people read the words of Jesus like these, "For false christs and false prophets will arise and show great signs and wonders to deceive, if possible, even the elect" (Matt. 24:24), they are convinced that Jesus said, "In the last days all the prophets will be false." Most of the heresy hunters don't believe there are prophets in the last days, so they deem all signs and wonders as false! Of course, there are false prophets, false signs and wonders, demonic trances, demonic tongues and so on, but the devil most often counterfeits things that are valuable! Nobody ever counterfeited a penny or a dollar bill; it's just too much work for very little impact. I'd propose that the devil has a great strategy to disarm the church--that is to convince her that the weapons of warfare, the very tools she has been given to win the battle against evil, are from the prince of darkness himself." -- Kris Vallotton

No Kris. Because the bible says that there will be false prophets who will arise and deceive through the demonstration of great signs and wonders, we specifically watch for those manifestations and then compare their doctrine to that of the bible; as well as if the signs and wonders make any biblical sense. For example your boss, Bill Johnson, once claimed that angel feathers started falling all around him in a diner and he referred to this as "signs that make you wonder." The reality is that this is not a biblical sign at all so there is no wonder needed. Thus he is either lying or this experience was demonic. Same goes for when your church pretended that "glory clouds" were descending upon the people or that angels had for some unknown reason left gemstones behind. We do not need to wonder because the bible tells us these are false. As a proud heresy hunter, I do not doubt the existence of people who correctly move in the prophetic gift of the spirit. What I doubt is people who feel the need to tell me they are a prophet and point to their 65% accuracy record as some form of proof. What I doubt are people like your buddy Shawn Bolz who prophelies only through his smart phone. The true strategy of the devil, for whom you work, is to disarm the church of the only spiritual offensive weapon the bible lists -- the word of God.

Credentialed Minister of the Gospel for the Assemblies of God. Owner and founder of 828 ministries. Vice President for Goodwill Industries. Always remember that in all things God works for the good of those who love Him and are called according to (more...)
Related Topic(s): God; Prophet; Spirituality, Add Tags
Add to My Group(s)
Go To Commenting
The views expressed herein are the sole responsibility of the author and do not necessarily reflect those of this website or its editors.