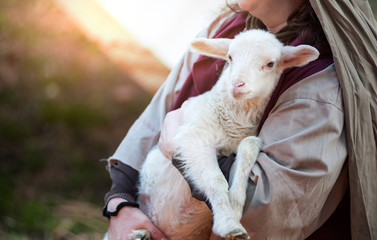 Therefore, I declare to you today that I am innocent of the blood of any of you. For I have not hesitated to proclaim to you the whole will of God. -- Acts 20:26-27 (NIV)

From time to time I check in on Carey Nieuwhof, church growth guru who has carved out a nice living within the purpose driven industrial complex. Carey muddies Christianity with carnal leadership techniques to achieve the Warrenesque growth desires. That means seeking more bodies in the pews at the expense of souls in the kingdom. You see you cannot have it both ways. The bible says the way is narrow and few are those who find it. Not mega-church numbers. Heaven rejoices when one sinner repents because it is not an everyday occurrence. Carey however sells up and coming pastors on his schemes to market their church at the expense of the Gospel. That is always the tradeoff. In order to reach the numbers that mega-churchdom requires, you must water the Gospel down to the point that no one actually gets saved. The key verses today are from the farewell address Paul gives to the Ephesian elders. He declares himself free of their blood because he did not hesitate to proclaim the entire will of God. Not just the puppies and pancakes. When you refuse to discuss sin and the need to repent -- you are no longer preaching the Gospel.

One of the pillars of purpose driven church teaching is the shift of the pastoral role from shepherding toward being a vision casting CEO. Mega-heretic Andy Stanley, a huge Warren acolyte, is on record saying that we should not even use the term shepherding anymore since it has no cultural relevance any longer. As if God cares about cultural relevance. God uses the shepherding imagery for a reason but the NAR purpose driven dreams needs the pastor to be the head of the company so he no longer has time to shepherd the sheep. The above linked article is from Nieuwhof last year when he tried to discuss the shepherding-CEO dilemma as the NAR sees it. Let us reason together once more so we can spot these issues within our own churches and pastors.

"Of all the things I hear church leaders slip into conversation, one of the most persistent is the opinion that a pastor should never adopt the attitudes or habits of a marketplace leader, or even, (dare I say it) a CEO. Instead, the argument goes, the pastor should be a shepherd and tend the flock. I wrote a post about how having the pastor do most or all of the pastoral care in a congregation permanently stunts the growth of most churches to 200 people or less. I would also strongly argue that church leaders should rethink their bias against the pastor who behaves like a leader. Why? Two reasons. First, both the model of shepherd and CEO are based on unidimensional and unhelpful stereotypes. Second, because the mission and future of the church are fuelled by the growth and potential of our leaders." -- Carey Nieuwhof

Wait a minute. Did you notice what he opens with? The accusation he levels is that pastors who shepherd their flocks are not behaving like leaders. The opposite is true. Those who stick to what the bible commands are acting like biblical leaders. Those that rely upon the schemes of this world and are thus disobedient to scripture are not acting like leaders in the church whatsoever. Consider the words of Peter:

shepherd the flock of God that is among you, exercising oversight, not under compulsion, but willingly, as God would have you; not for shameful gain, but eagerly; not domineering over those in your charge, but being examples to the flock. And when the chief Shepherd appears, you will receive the unfading crown of glory. -- 1Peter 5:2-4 (ESV)