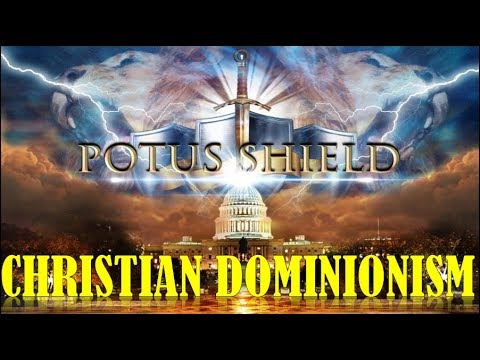 Woe to those who rise early in the morning, that they may run after strong drink, who tarry late into the evening as wine inflames them! -- Isaiah 5:11 (ESV)

God always has a plan and when it comes to the Gospel and the church was His chosen vehicle to represent the Gospel to a fallen world. This would be accomplished by not compromising its preaching within the walls of the church and to take it evangelistically to the four corners of the world. Within the back rooms of the NAR however, trained up by the purpose driven church and beholden to the seeker friendly industrial complex, the Gospel got rebranded. Where Jesus urged repentance, the new apostate church would softly whisper, love. With the entire church wrongly focused on the lost, the sheep would be starved as the Gospel become more and more compromised. The NAR dominionists love this country and the sin it allows. Instead of saving individual people, they instead talk about the entire nation and how if they would just change their behavior, then God would somehow relent from His coming wrath. The result is comical if not so sobering. An impotent church entertaining goats every week, defanged without the Gospel to convict sinners. A world that continues to sin, even if they are now "churched" because that is what they are essentially being taught by a church that has stepped out of God's plan to pursue the carnality it so loves. Let us reason through the above linked article and see how the NAR misapplies warnings for the church to the world they so adore.

"In a day where false alarms, exaggerated warnings and intentional scare tactics are used by a deceptive culture, it's sometimes difficult to separate true warnings from deceptive false alarms. So, asks the American Pastors Network (APN), how can Christians differentiate between the two? Sam Rohrer, president of APN, the largest national network dedicated to equipping pastors to be a voice for truth in the public square, and host of APN's "Stand in the Gap" radio and television programming, says Old Testament woes and warnings directed toward Israel have timely significance for America today. "In the Bible," Rohrer says, "the word 'woe' or 'warning' is used nearly 100 times--98 to be exact. The Old Testament prophets used it. Christ used it many times Himself. The word occurs in the book of Revelation in final judgment. In nearly every case where a woe is given, the warning of judgment is certain, and God's punishment imminent."' -- Sam Rohrer

Dedicated to equipping pastors to be a voice for truth in the public square? That is all you need to see to realize that this is straight up NAR dominionism. Pastors today have a hard enough time being a voice of truth in the pulpit let alone the world where they are not called to do so. Standing in the gap has nothing to do with this world other than saving people out from it. Now let's get down to discernment. The Old Testament woes towards Israel have absolutely nothing to do with America. This is likened to a form of replacement theology, which I call Dominionist Replacement Theology. Regular replacement theology says that the church has replaced Israel in God's eyes. This is biblically ignorant as Israel is still the apple of God's eye and the church is grafted in. As if that was bad enough theology, the NAR comes along and believes that America has replaced Israel. That the United States was once under covenant with God and if the millions of goats would just start behaving better, then God would somehow stay the coming wrath. This is born out of an idolatry for this world, focused through this country. Behavior modification however is a poor substitute for salvation. Now, we can learn as the church from the mistakes of Israel but the woes themselves do not directly apply and most certainly not to a pagan country who was never saved to begin with. The Old Testament prophets used woes in dealing with Israel not her neighboring pagan countries. Jesus used it when dealing with the false religious leaders of His day. So I would agree that the woes would still apply today but only to the false teachers who would travel the world to make a single convert only to make him twice the son of hell that they are.

"As an example, Rohrer said, Noah warned the people for 100 years of a coming flood. The people heard, considered, rejected--then died, illustrating that God gives His people warnings that they might live. Then in Isaiah 5, God's prophet pronounced six specific warnings of imminent judgment against identified national sins. "These woes were sobering, the sins specific and God's judgment certain," Rohrer said. "The message was to Israel, but the application is for America. When God warns, it's real, and we'd better sit up and take notice."' -- Sam Rohrer

Again, Isaiah was speaking to Israel, not surrounding nations. The application might be made to the church but to apply it to America is asinine and unbiblical. The things of God are absolute foolishness to those who are perishing! Romans teaches us that only the Gospel can save someone. Not preaching woes to try and garner better behavior. Let's reason together through these six woes.

'Woe No. 1: The sin of materialism. After God blessed the nation with security, wealth, houses and productive land, the people turned their back on Him. The result? God withheld His blessings, removed His protection, allowed rebellion within and threats of attack from without. Rohrer asks: Does this sound anything like America today?" -- Sam Rohrer