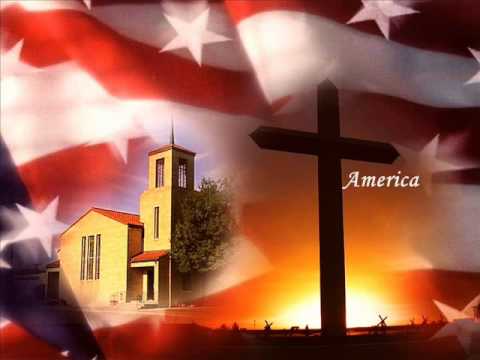 We have seen a perfect storm of heretical teaching take hold of the church over the past few decades. The Purpose Driven Church created cult of personality CEOs instead of pastors. It shifted the focus of the church from edifying the body to churching the goats. The result is generations of unsaved people who will stand before Christ as outlined in Matthew 7 and say, "Lord Lord." These are fully churched people who will be saddened greatly to discover they never even knew Jesus. This purpose driven slop was combined with seeker friendly theories of church growth that has resulted in mega churches dotting the evangelical landscape. These institutions need a large influx of capital, money, each week in order to survive. They are simply incapable of surviving the lockdown orders that resulted from the COVID crisis. Along with these two factors, the New Apostolic Reformation came along in the late 1990's to indoctrinate the growing church masses with a dominionist mindset. Political wedge issues were seized as the motivational force to convince the body that instead of saving individuals, why not target nations and thus started the ever-elusive pursuit of revival. Never mind that nations do not get saved. Never mind that you cannot revive what was never alive to begin with. This was the natural conclusion of this perfect storm. The purpose driven church methodically removed those that understood the bible correctly and knew the church was designed by God for the body of Christ.

NAR dominionist nationalism is the final idol of the church age. Today the church has been taught over many decades to view themselves with a victim mentality. The oppressor this time is not Rome but the perceived slight of government. It is the evil leftists, or the pernicious globalists that are secretly plotting to persecute them at every turn. Unlike real persecution in China or places such as the Sudan, American Christian persecution is no persecution at all. It is not being allowed to have a nativity scene in the town square or not forcing children who may not share our faith to pray collective Christian prayers in public schools. This year however the new cause du jour for perceived Christian persecution is the pandemic known as COVID and the measures some states have taken to try and save as many lives as possible. I know plenty of local pastors who refuse to place their sheep in harms way because they understand that they will answer for them. The hirelings however, who have been trained under the Warren purpose driven theology, see their revenue disrupted and the model they used to build their mega-church empires cannot be sustained without weekly tithe buckets being passed. So they are revolting.

Early on in this national crisis much of the church stood out for its arrogance and stupidity. One pastor in Virginia revolted and held service anyway, openly mocking the severity of the virus. He is dead now from COVID and his family is urging everyone to take it more seriously than he did. Another Virginia pastor openly claimed the virus as a hoax designed to hurt the president. He went to New Orleans to "cleanse it from its sin and debauchery," where of course he caught the hoax and died before he could get back home. An Illinois pastor held a service for only 80 people in the middle of March and by the end of the month, 43 of the 80 were sick. We do not know how many have died. Nor do we know yet the death toll from Pastor Tony Spell's disregard in Louisiana. The virus is real and some that openly mocked it have paid the ultimate price, as have the people they were supposed to take care of. There is simply no biblical defense of this. Forsaking the assembly is not regarding mega church gatherings. It is regarding shutting oneself off from the body of Christ. Being asked to gather and fellowship virtually is not forsaking the fellowship. What the purpose driven church model has done is create a dependency upon the church building instead of on Christ. It is idolatry pure and simple. It is the last idol for the church before the end I fear.

One would think that the hard lessons learned early on would instill some reflection and humility within the purpose driven pastorate. You would be mistaken. There are now a collective of over 1200 pastors in California, led by seeker friendly mega church pastors, that have decided on their own to violate that state's orders and open at the end of this month. Another mega-church mogul who has campuses in different states in the south is now organizing a mass revolt across the south. Another petulant pastor in Oregon is suing his state. Many have thumbed their nose at their local authorities by holding bogus "drive up" church services. If no one gets out of their car then you are tacitly admitting that you do not need to gather publicly and there is no reason to not gather virtually during this time. A New Mexico pastor ignores a cease and desist order and enlists the help of a local sheriff to violate the law. In another video, a different pastor tears up his cease and desist order from the pulpit. I have read all of these stories and in each one of them the pastors insist they are not being rebellious. Every one of them! Obviously, the conviction of the Holy Spirit is also being ignored because they most certainly are being rebellious. There is nothing that pleases the devil more than an openly defiant church, disobeying scripture, and acting like a spoiled brat for the entire world to see.

Now, I do not like mixing the carnal arguments with this overall spiritual point. The reality is that these stances are nothing more than idolatry of this country. It is the heart of the NAR dominionist movement. It is the mandate of the seven mountains heresy. The reality however, is that they are wrong on their carnal defenses as well. So for the purposes of this devotional alone, let us understand together:

Argument One -- the dominionist rallies around the constitution because they cannot rally around the bible. There is zero biblical support for this behavior. There is also however, zero constitutional support. The rights enumerated unto us through the Constitution are not absolute. Any clear-thinking person must understand that they cannot be absolute. This has already been adjudicated by the Supreme Court. If your religion practices something that violates law, you are not entitled to that right. In the 1800s the court ruled against the Mormon Church because they practiced polygamy, which was against federal law. The courts rationale was that if they did not place allowable limits, then any religious belief must be tolerated, even if it was human sacrifice. Now, those are extreme examples but the precedent is what matters. If the state determines that it is a public health priority to not gather with more than 10 people, then your religious belief to hold a mega church service does not override it. Period.

Argument Two -- the dominionist believes that the state governments have somehow overstepped their boundaries. If people honestly believe this they have two mechanisms within our great society to remedy this. The first is the ballot box. You do not like what your governor does, you have the right to vote them out. Secondly, there is always the remedy of the courts. You see the dominionist belief that their elected representatives have exceeded their authority is what is know as an opinion. It is not fact. It is opposed by the belief that they have it within their purview to see to the safety of those they are charged with representing. The court is who has been allotted to decide whose opinion is correct. What is not a viable response however is rebellion. The open defiance we see across this nation is arrogant, petulant and childish. Those representing Christ are supposed to redeem the time with the unbelievers in this world.